Crafted during Japan’s Meiji period, kuchi-e are not simply beautiful illustrations, but are ways of understanding Japan’s social and aesthetic history. The Meiji period was from 1868 to 1912. “Kuchi-e literally means opening picture in Japanese, as in the opening of a page, or opening of an entrance,” says Dr Gary Hickey, curator of Melodrama in Meiji Japan at the National Library of Australia. More specifically, kuchi-e are Japanese woodblock illustrations that were created to accompany literary works and journals.

Kuchi-e are generally known for their delicate imagery and their influence on French expressionism. But, featuring 150 woodblock illustrations by 27 artists, Melodrama in Meiji Japan posits kuchi-e as a form historically rooted in its own time and place. While kuchi-e were initially created in response to texts, the illustrations came to represent Japan’s movement away from a feudal societal structure, beginning in 1853 when American trade forced Japan to open its doors to the outside world. As the curator explains, “Japan drastically and quickly modernised and industrialised. People’s lives were upended and changed quite a lot by these new values bought in from the West, which is portrayed in the illustrations.”

At their production peak Japanese artists were creating 20,000 kuchi-e each month, with many illustrators viewing the woodblock as a medium able to resist an increasing Western influence.

“As time evolved over the Meiji period,” says Hickey, “Japanese were aware they were losing some traditional values and were afraid of becoming a mere copy of Western society and so traditional values were also trying to be upheld through the woodblocks.”

Melodrama in Meiji Japan also holds historical importance for Australia. The majority of works in the exhibition are taken from the National Library’s kuchi-e collection, which contains almost 600 woodblocks. Many of the kuchi-e were initially collected by emeritus professor of University of New South Wales Richard Clough, who was inspired by a book on the illustrations. When the library received this collection, Hickey notes, “it was the only time an Australian institution had acquired a focussed collection of Japanese art.” 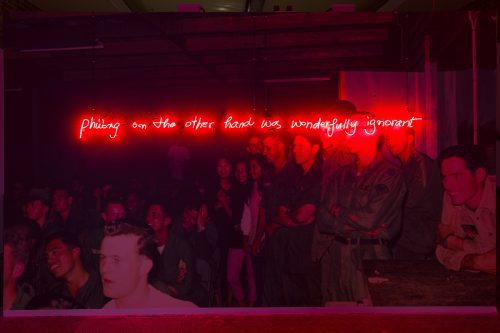 Family and national history are tied up for Phuong Ngo, who has amassed an archive tracing Vietnam’s tumultuous past. 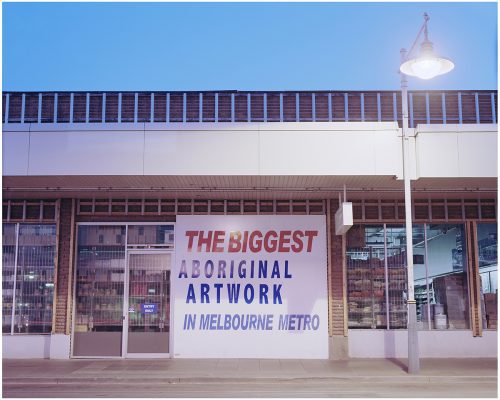 The show features new commissions as well as recent and historical works by more than 30 local Indigenous artists, celebrating the continuing vitality of First Nations’ communities.