Adam John Cullen’s sculptural vessels mimic fragmented ruins or ossified remnants of domestic life. But rather than hoping to conjure up a lost civilisation (either ancient or the future detritus of late capitalism, once it finally crashes and burns), Cullen explains that he’s “trying to move away from the ruin aspect, not that I ever fully could, of course.” Instead he describes his work as a type of biographical excavation, which he deliberately tries to keep open to interpretation.

The title of the Melbourne-based artist’s latest solo show, Elton, reflects his penchant for drawing upon personal narrative, but with a sense of ambiguity. “Elton was actually the name of my grandmother’s Corgi-mix that she had when I was a kid,” Cullen says. “I generally give my shows one-word titles, either an action, place or event, or in this case a dog. A single-word title can be a little withholding, but that’s intentional. I want to reference something personal, but not necessarily spell it out.” 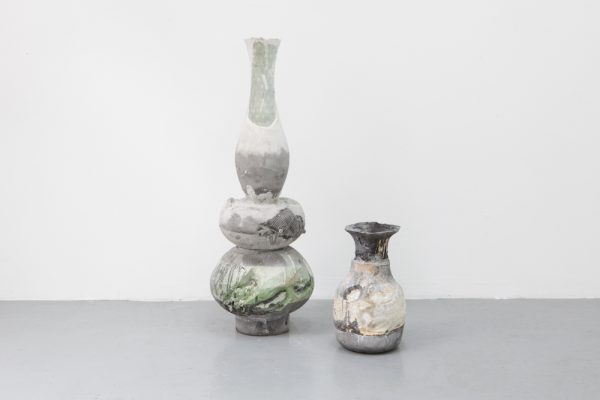 In Elton, Cullen presents cement sculptures cast into op-shop vases, glassware and ceramics. These are placed on pieces of furniture he has fixed up himself; a side-hobby, he explains, which helped keep him busy during lockdown. Cullen’s cast objects are embedded with personal items including clothes, ceramics, gifts and past works. “I then chip away at the surface and re-cast them inside a new form, creating multi-part sculptures,” he explains.

“You could look at it as a personal archaeology, burying objects in the plaster, cement, Hydrostone, and then uncovering them for display. It’s not dissimilar to burying memories, then later going back and trying to work through them. You could say Freudian,” Cullen admits. “I would probably avoid that. But I also couldn’t argue that it’s not true.” 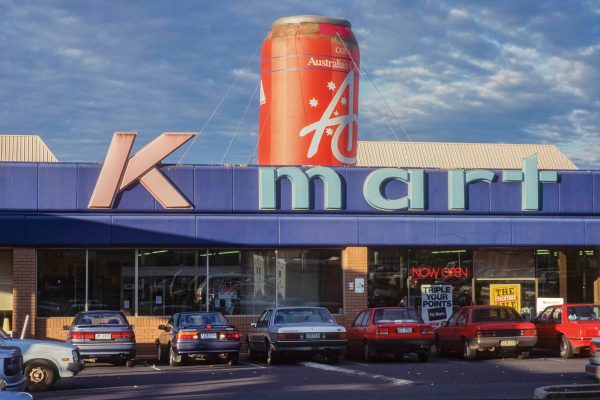 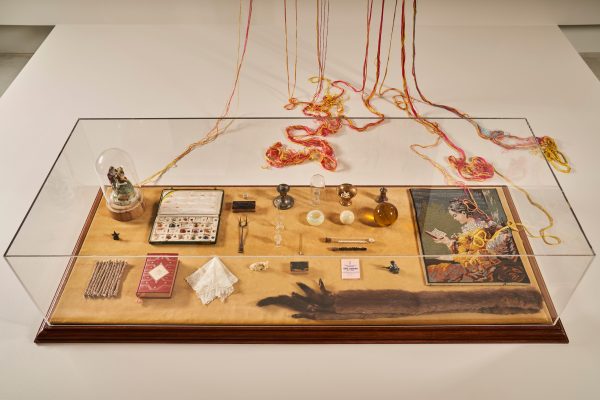