Looking beyond the Myall Creek Massacre

Looking beyond the Myall Creek Massacre

The Myall Creek Massacre of 1838, in which 28 Wirrayaraay men, women and children were murdered by whiter settlers was a rare case in Australian colonial history because the perpetrators were brought to justice. Many massacres thereafter became shrouded in silence.

The group exhibition Myall Creek and beyond marks the 180th anniversary of the massacre. “It was a landmark case, but there was also a whole legacy of silence created around massacres post this point,” explains the exhibition curator Bianca Beetson. “The shooting parties and poisonings still continued, but they were no longer spoken of in open terms.”

This exhibition is comprised of mainly new commissions by Indigenous artists from across Australia. “I looked for Indigenous artists who are really creating a dialogue around massacres and histories in both historical and in contemporary contexts who could deepen and expand the conversation around the event,” says Beetson.

Some works created directly speak of the violence of the event.

Laurie Nilsen’s installation Land Clearing, 2018, consists of a butcher’s meat cleaver stained with red paint while Fiona Foley’s Scarred, 2018, is an installation recalling holocaust museums; 28 pairs of shoes lined up in front of a trough of ash refer to how the victims’ bodies were burnt, and 10 calico hoods hung on the walls represent the perpetrators.

Other works took a subtle approach. Robert Andrew made a palimpsest machine situated over the window of the gallery. Sheets of red ochre were covered with white ochre. During the 105 days of the exhibition the ochre is scratched by the machine revealing the light from outside.

As part of developing these works many of the artists undertook local residencies. Carol McGregor worked with Adele Chapman-Burgess and Avril Chapman to undertake community workshops which enabled Aboriginal communities of Bingara and Inverell and surrounds to create a possum skin cloak for the exhibition. The cloak includes a map of the country, towns where Indigenous people were dispersed, and where they are living now. Described as one of the most successful parts of the project by Beetson, the cloak will be used in the future by the local community for ceremony.

Judy Watson created an immersive video installation Witness Trees, 2018, featuring the trees currently standing on the site where the massacre occurred. “The witness tress are trees that Judy believed witnessed what happened,” says Beetson. “And there’s also this idea that the blood of the people would have gone into the earth which new trees would absorb and they therefore also bear witness.”

Beetson was mindful of making an exhibition that addressed the atrocity of these events but did not trigger more pain.

“The exhibition is a bit of a rollercoaster. You’ll have this kind of intense space and then things will lighten up. It was about creating breathing spaces in the exhibition. For example, Judy’s work was very reflective which kind of counterbalanced the hard-hitting nature of the other artists.”

Exhibitions like these highlight the role contemporary art can play in addressing atrocities. “This exhibition shows the power of art to embrace stories,” says Beetson. “They capture the metaphysical and spiritual energy of the place; the pain of the place and the mourning of country. Rather than a straight forward account you can capture levels and layers that you can’t have in a conversation. People might think that it’s just a sad story, but you can’t help but walk in and have an emotional response to the work.” 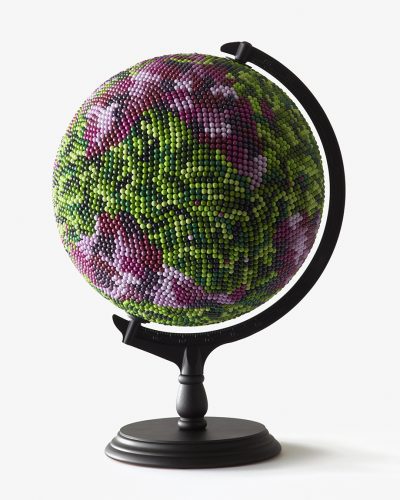 How do you give average citizens a sense of the overwhelming nature of man-made global warming? Might art be an empowering alternative? 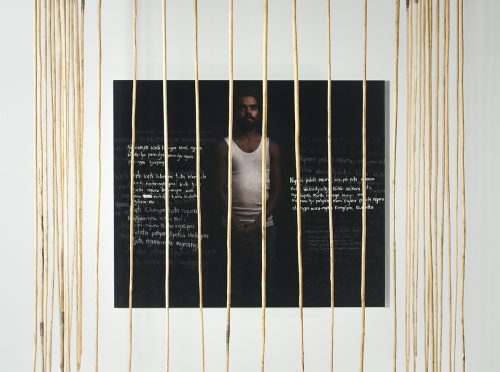