The coronavirus has forced a lot of people to spend more time at home. And artists, like so many others, have been getting busy in the kitchen. In the first of Art Guide’s new series on artists cooking, Jane O’Sullivan spoke to Tai Snaith, Maria Fernanda Cardoso, and James Tylor about their edible creations and asked them to share some of their favourite recipes.

“I’m finding myself using my creativity in very different ways at the moment,” says artist and illustrator Tai Snaith about life in lockdown. It has meant finding imaginative new ways to home-school her kids, and connect with her picture book audiences. It has also meant cooking.

Snaith, who is based in Melbourne, says she’s grateful to have a studio at home and time in the evenings for her art practice. But she has also been “realising that what really matters is applying my creativity to my life and my kids.”

A bumper load of 220 quinces from her tree has also demanded her attention. “We have been cooking a lot of quince-based things! Paste, jam, jelly, tarte tatin, compote, pancakes, macadamia quince cake…”

Snaith sees connections between art and cooking, describing herself as a natural rule-breaker. “I’m quite a good cook if the food can be experimental and the recipe can be adapted,” she says. “I do love the way food changes during cooking, like clay drying and changing states through firing. It’s a similar alchemy, but you get to eat it!”

She’s not the first artist to seek originality in food. In the 1930s, the Futurists argued against pasta, believing it made Italians flabby when they needed to be featherlight. “We affirm this truth: that men think dream and act according to what they eat and drink,” Marinetti said in his Futurist Cookbook. This all slotted into a broader case around renewal, and the ways culture and politics intersect, but the pasta thing was always going to be tough to argue.

“I love the creative mind,” says Maria Fernanda Cardoso. “I went to Woolworths and there was no pasta! So I simply thought let’s make our own pasta.”

The Sydney-based artist says her creative practice has been going “better than ever” under lockdown. “I don’t feel as isolated as usual! It is delightful to have the rest of the family at home.”

She enjoys the alchemical aspect of cooking too, and the way it brings her family together. “I am a do-it-yourself kind of person and I am proud that we are a family of makers and not consumers.”

Photographer and multidisciplinary artist James Tylor has found other connections between art and cooking. “Over the past few years, I have incorporated food into my art practice more and more because I like to give people an immersive experience into art and culture through eating foods with Australian indigenous ingredients,” he says.

Tylor hasn’t been able to make his contemporary Kaurna Mai recipes during lockdown, but he has been cooking a lot of “Italian, Maltese, Spanish and Greek food because of what foods I have available in my summer vegetable patch at home, and I have been adding in wild Australian meat like wild duck, kangaroo, seafood, wild boar salami and sausages.”

Tylor’s practice engages with the Australian environment, culture and social history, and through these lenses food embodies knowledge and politics. Covid-19 has meant all his 2020 exhibitions have been postponed, but he’s staying positive. “It has meant I had extra time to make work…and experiment with new ideas for artworks and exhibitions,” he says.

These widespread losses, in the art world and beyond, are sharp reminders of the luck and privilege involved in having choices in the kitchen, and how it’s not just personal politics we’re expressing.

Still, some argue that all creative acts are full of potential. The writer Sarah Sentilles, in a conversation with Charlotte Wood, frames it hopefully. “Being creative and making something new, whether you’re making a cup or a garden or a loaf of bread or a sentence,” she says, “when you do that you’re exercising the muscles that we need to help make a better world.”

·       Cut quinces into chunks (I used to peel but I’ve realised you don’t actually have to).

·       Cook for hours! Stirring at least every 3 minutes. Basically it goes pink, then ruby red, then deep crimson; it’s like magic! If you like colour, it’s a great thing to make. At the very end, after about 5 hours of stirring, it spits and pops – it’s quite brutal, I wear goggles and gloves!

·       When it’s really thick and hard to stir, pour into a tray lined in baking paper and leave to set for a day or so.

This is my mother’s recipe for crunchy garlic and rosemary sauce for green pasta.

·       Get fresh rosemary from the garden, and pull leaves from twigs.

·       Heat up olive oil medium-high in a small pan, add the garlic and rosemary until it starts to brown. (Pay attention, otherwise you can ruin the recipe at this point – if you overcook the garlic it will turn bitter quite quickly and you will have to start again.)

·       As soon as it has a nice colour, pour into a heatproof cup or bowl and set it in a dish of cold water to lower the heat of the oil quickly.

Maramurdumurdu is a unique style of Johnnycake flatbread made from whole grain flour. The name maramurdumurdu translates as ‘hand bread.’ ‘Mara’ hand and murdumurdu ‘bread’ because the Johnnycake is the size of your hand and is held like a taco in your hand when you eat it. It’s filled with a regional selection of mai vegetable food and pardu meat.

·       Add 1 cup of whole wheat flour into the boiling water and stir the flour until it is mixed through well.

·       When the water and the wholemeal flour are mixed together and look like a thick paste, remove from heat and let it to sit to cool down to room temperature.

·       Once the mixture is cooled, transfer to a board or a bench top and knead in 1 cup of white flour until the dough is firm and stretchy.

·       Take a wirri mai rolling pin and using the smooth shaft, roll out the dough until it’s about 3mm thick, then using the handle of the wirri mai emboss the flattened dough with the zigzag design.

·       Once both sides of the maramurdumurdu are golden brown remove from the heat, fill with food. The maramurdumurdu should be soft and flexible not rubbery or hard. The texture should be similar to a cross between a Mexican tortilla and Middle Eastern pita bread.

·       If the prawns are uncooked take them and place them in a sauce pan of boiling water until they turn orange, then shell and de-vein.

·       Prepare the coastal vegetables by picking the soft leaves and removing the hard woody stems from the round leafed pigface, seablite, samphire, and bowers spinach.

·       Take the soft coastal vegetable leaves and blanch them in boiling hot water for 20 to 30 seconds. Remove from the boiling water with a strainer or a fork and place in ice cold water for 1 to 2 minutes. Blanching the vegetables will make them turn bright green and it will remove a slight irritant from the bower spinach and the round leafed pigface. It is okay to under blanch the vegetables but don’t over blanch them because they become soft and soggy.

·       Drain the coastal vegetable leaves to remove the water.

·       Finally to serve: take the warm maramurdumurdu and fill them with the blanched coastal vegetables and the prawns. Top the prawns with the mayonnaise and garnish with dried seaweed. Add some lime juice or some salt to taste. Enjoy! 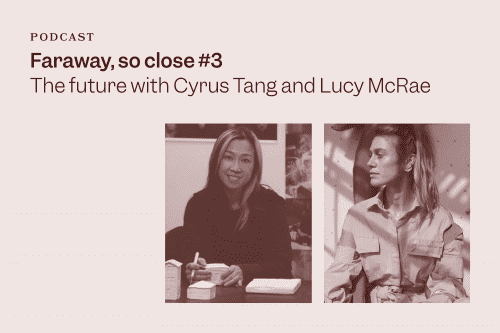