In a career spanning more than 60 years, Ken Unsworth has produced several distinct bodies of work. His interest and curiosity have led him to explore sculpture in what one might call, in current parlance, an expanded field. He has produced sculptural works in the public domain: some have been embraced, and others have aroused controversy. Now 87 years old, he met with Brad Buckley to discuss his upcoming exhibition at the National Gallery of Victoria, the publication of a new monograph about his work, and his ongoing desire for creative control.

Brad Buckley: Ken, your exhibition Ken Unsworth: Truly, Madly at the National Gallery of Victoria at Federation Square (NGV) opens soon. Is it a survey or retrospective exhibition?

Ken Unsworth: I wasn’t able to show four new pieces, as they required the use of spaces where the light and sound – the whole environment – could be controlled. So, definitely more of a survey show.

BB: The recent monograph Ken Unsworth. published by ARTAND Foundation, has essays by Tony Bond, René Block and Jill Sykes and several others, and two extended interviews. Is this the first major publication on your work?

KU: Yes, that’s correct. And it has been a long-time coming. Tony Bond and I are friends and he has a very comprehensive understanding of what I have been doing over the years. Also, Anna Johnson and Felicity Fenner have come here over the years to talk about the work and so everybody got stuck into the material and produced the various essays.

BB: Is it a coincidence that the monograph was published at almost the same time as the exhibition at the NGV?

KU: Tony Bond had the monograph well underway, having approached Eleonora Triguboff to be the publisher, well before Tony Ellwood invited me to do the show at the NGV.

BB: The monograph certainly has a particular aesthetic, as even the cover with its woven surface seems to speak of your work. Was the design and production of the monograph a collaborative effort?

KU: Eleonora, Tony and I worked on it together. In fact, Eleonora knew exactly what sort of book I would like, right down to the woven cover. She also asked me to do something for the cover, so I designed the KU logo.

BB: You established your own exhibition and performance space in your studio. Was this to allow for the development of your ‘poperas’ [performance/opera] without the restrictions imposed by an institution or commercial gallery?

When I started working with the Australian Dance Artists I had no idea I would end up showing in my studio.

I did two works at the Art Gallery of New South Wales, then Cockatoo Island and a smaller work at the botanical gardens. Then I thought I wanted to do something more adventurous and approached Carriageworks. Although they were very pleasant, nothing happened.

I later discovered if I had gone ahead with Carriageworks, I would have had no control over practically anything, as they have their own technicians and rules about what you can and can’t do. So, I have no regrets at all about that, and in fact using my studio grew from there.

BB: While in your own space you can cut holes in the ceiling, the floor and reorganise the walls, as your work demands…

KU: Yes. I had a singer turning upside down in a previous popera.

BB: Have you used the space for installations or only poperas?

KU: It is interesting you bring this up because I am planning on doing a popera called Radiance. I’ve got that well on the way except for parts of the text. I have even commissioned a composer.

However, running parallel to the popera there are installations that I wanted to do for NGV but couldn’t in the end.

So, I’ve decided to do these new installations and set them up in the studio, and then invite people to come and see them.

BB: In addition to Radiance, what is the next project after the NGV exhibition?

KU: Well, I am working on a new installation, which I will tell you about. You know I have already made a number of body casts for previous works. But in this new work I will have 100 of them, lined up in a vast room and shaking.

BB: Michael Brand spoke at the launch of your monograph about installing the large stone work Suspended Stone Circle II permanently in the new Sydney Modern wing at AGNSW. Is it important for you to have that piece permanently installed?

KU: The only reason why I’d be happy to see it installed permanently is because I dread the time when I won’t be around to help put it up.

While is it straight forward in one way, it’s also hard because the stones relate to one another in a very particular way.

BB: You mentioned that you were 87 this year and you consider the exhibition at the NGV a survey. Is it time for a major museum retrospective, perhaps Ken Unsworth at 90 and where would the optimum institution be?

Ideally, I would prefer Sydney. Simply because I am here. However, I would only do it if there wasn’t any intervention from the museum… When I did the 1998 survey show at the Art Gallery of New South Wales with Edmund Capon, who was then director, they didn’t object to anything I wanted to do. So that’s how it would have to be. 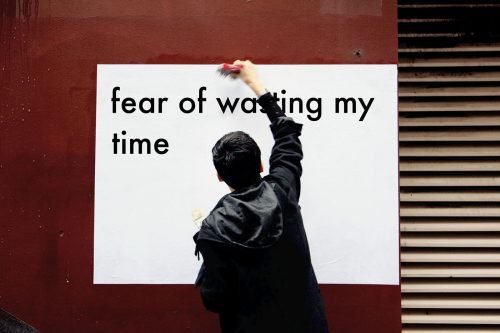 Works by Australian and international artists suggest that doubt and vulnerability, though long perceived as weaknesses, can make room for desire and transformation. 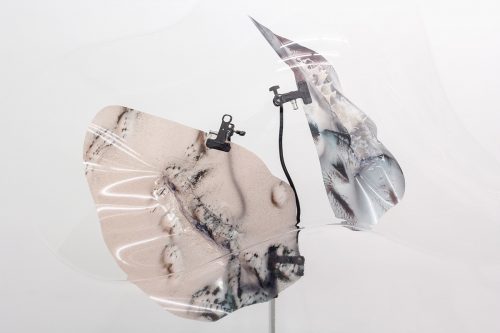