For over four decades Ken Knight has painted en plein air, capturing landscapes in his impressionist style. After painting what he calls “all the accessible” spots, Knight wanted to push his conceptual and formal limits; and so, he went to Antarctica.

In early 2020, just prior to Covid-19 in Australia, Knight and his wife boarded a ship with 90kg of painting materials, and set sail southward to a landscape almost devoid of human development. “I think Antarctica is one of those places where it’s the last frontier,” says Knight. “It’s so difficult to get to. It’s so inhospitable. In fact, it’s full of contradictions because it’s also beautiful, it’s fragile, it’s elemental, and it’s absolutely worth saving.”

The landscape brought its own painterly challenges. “It was the most surreal world,” recalls the artist. “It was—from a landscape artist’s perspective—it was all variations of white, grey, blue, and green. There’s no yellows, no browns.” With seven days docked at Antarctica, Knight set up on the ship’s deck and painted an astonishing 75 paintings, which he says are imbued with his immediate reactions. “It wasn’t so much the topographic reality that I was trying to capture,” he clarifies, “but it was more that emotional response of being there and the excitement and jubilation.”

A selection of these paintings, alongside larger and more expansive Antarctica-based works produced in Knight’s home studio, will be showing for Frontier. And even though the paintings are not explicitly political, there is an implied ecological concern and responsibility. “I think we’re all aware of global warming and snow melt,” says Knight, “but I think when you see something like [the Antarctic landscape], it almost encapsulates that sense of the spiritual, where you’re confronted by the reality that the planet is changing.” 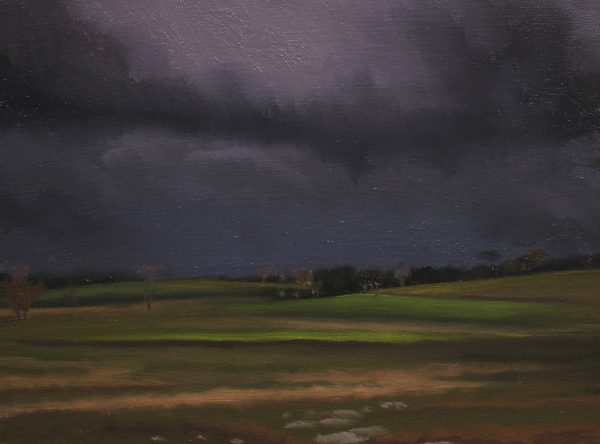 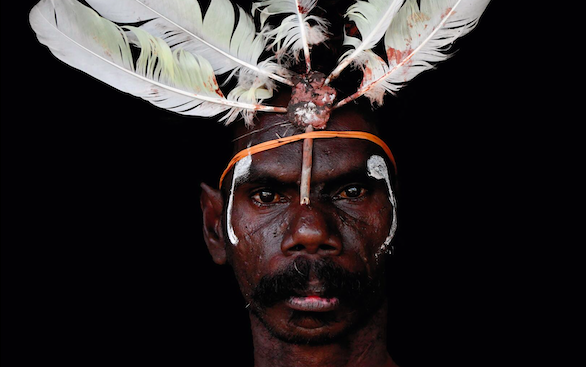