Thai-Australian artist Kawita Vatanajyankur has long been interested in female labour and its relationship to textiles. Most recently she has explored this in video works in which she uses her own body to transform into various tools, such as a weaving shuttle or a spinning wheel. Performing Textiles had its genesis during a residency in New Zealand – the artist travelled around the South Island visiting sheep-shearing farms and wool industry sites. This led her to textile villages in northern Thailand where she observed that, while the fabrics produced by the local women were of ultra-fine quality and time-consuming, their hard work was little celebrated. Vatanajyankur then called in on Bangkok’s garment industries, known as one of the most female-dominated industries in the world, where more questions arose around labour exploitation, fashion production, female empowerment and technology replacing labourers.

In her resulting video works in Performing Textiles, a continuing project also showing at November’s Bangkok Art Biennale, Vatanajyankur says her body struggles  to act as the actual tool and is challenged, physically and psychologically. “The repetitive act within the work symbolises the never-ending actions in everyday labour, the modern work system within the materialistic world of consumption,” she says. At Alcaston, the videos will show alongside still print images, all of it in collaboration with curator Grace Partridge of Antidote, an organisation exploring social and political change via art. Partridge says she sees Vatanajyankur’s work as “the embodiment of Antidote’s mission statement: ‘to combat apathy, one artwork at a time.’ I truly believe that her work, though exquisite to look at, is centred on making the invisible workforce visible with an acute sense of social justice.”

This article first appeared in the September/October print issue of Art Guide Australia. 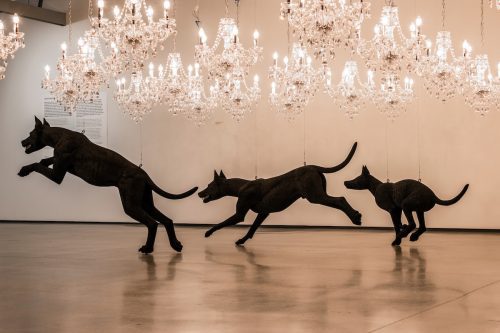 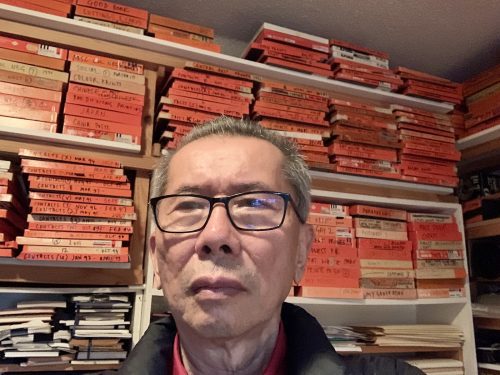