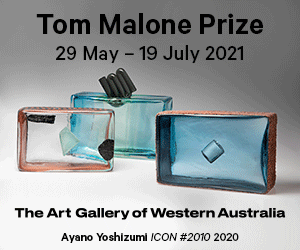 “The more we understand the better we can participate in society”. These words, which greet visitors to Kader Attia’s solo show at the MCA, perfectly sum up the overarching themes of the French-Algerian artist’s project.

Encompassing over a decade of the artist’s practice, the exhibition explores the often tumultuous relationship between non-Western cultures and Europe, examining the lingering effects of colonisation and fear of the ‘other’.

This can be seen in the installation The Culture of Fear – an Invention of Evil, 2013, in which metal shelves are constructed and filled with magazines and books from the 19th century to the present. These publications present cultural stereotypes and varied portrayals of ‘otherness:’ race and fear are used as a tools by the media. Walking past a Time Magazine cover which boasts the headline “War on Terrorism” and realising it is from 31 October 1977 is a sobering reminder that things really haven’t changed.

Adjacent to this work is J’Accuse, 2016, in which numerous axe-formed wooden busts are elevated on metal stands throughout the space. The faces are turned toward a projection of an extract from Abel Gance’s 1938 film of the same name. They watch silently, impassive and stoic, their faces distorted. Their disfigurement reflects the violence and destruction playing out on screen, the light of the projection reflecting off every angle of their faces. The tone is dark and the mood tense as you stand dwarfed by these unknown figures.

This idea of disfigurement is also reflected in Untitled, 2017, a series of collaged photographs contrasting tribal masks and classical sculpture against images of soldiers from WWI. The tribal masks and sculptures are damaged, ravaged by the passing of time. The soldiers are also damaged, disfigured by the violence of war. These objects, when repaired, still show their imperfections. These become a part of their character, their history. In people, imperfections are seen as something to be removed, covered up completely, leaving no sign of the story behind it. This theme of “injury and repair” has been central to Attia’s work for over 10 years.

Emptiness and the void are also themes the artist explores, in particular, through the installation Ghost, 2007. The room is filled with 160 aluminium-foil casts of kneeling figures facing away from the door.

The mood is sombre, silent and mediative but as you walk toward the other side of the space and turn to look back, you are confronted with 160 empty shells. Suddenly the mood shifts and what at first appeared to be an act of devotion, becomes a faceless act of worship. Ghost reflects Attia’s fascination with devotion and how the physical act of prayer can transform a space.

The work of Kader Attia explores ideas of injury, repair and cultural exchange. Moving through the exhibition, there are moments of unease and uncertainty, juxtaposed against moments of clarity and familiarity. Is this the understanding which the artist speaks of, an understanding which can be obtained by reflecting on history and what he calls the “bigger picture”? Kader Attia encourages his audience to look outside themselves. 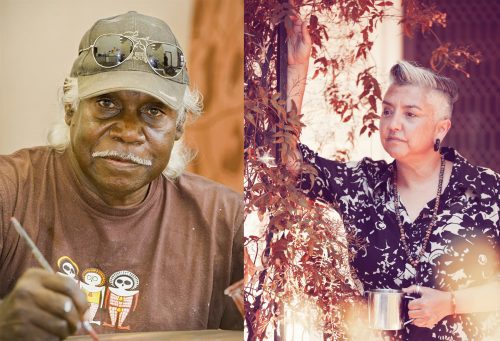 Yorna (Donny) Woolagoodja, a renowned artist from the Western Kimberly region of Western Australia, was honoured with a prestigious Red Ochre Award for Lifetime Achievement.