For 20 years, Joanna Logue painted the landscape she knew best – the one right outside her relatively isolated studio in Oberon, inland over the Blue Mountains in New South Wales. During that time, Logue painted the same willow tree over and over again. “It may sound myopic, but it’s actually deeply investigative,” she says.

“The landscape you are born into, it doesn’t matter if it’s particularly beautiful, it touches on a deep level. It’s kind of like your spiritual place,” she says. But just over a year ago Logue left the familiarity of the Australian bush, her spiritual place, to move to Maine in northeastern United States.

Though she admits to being concerned about being in a new landscape and feeling disconnected, Logue says it hasn’t turned out that way at all.

“I think it has made me look at a landscape in a more universal way. Not so personal or particular, but the archetypal mountain and the archetypal river,” she says. It is this new landscape that she presents to us in the upcoming exhibition Acadia.

Logue has built a studio in her home on Mount Desert Island, off the coast of Maine. The erstwhile view of gum and willow trees outside her window has been replaced with birch trees just outside nearby Acadia National Park. The island’s lush foliage, granite rock formations and glacial lakes have presented the artist with new ways of making shapes and lines, literally and figuratively.

In unfamiliar territory, Logue’s paintings have taken on a slightly more visceral feel. “There’s too much to unpack, so I’m responding with my body and not bringing intellect into it.”

Logue says being out of her comfort zone has been a challenge, but the landscape is her language, and these can be translated. 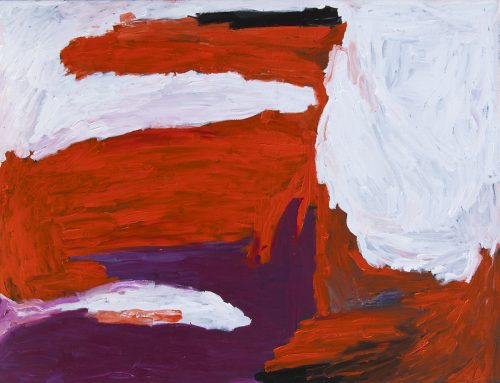 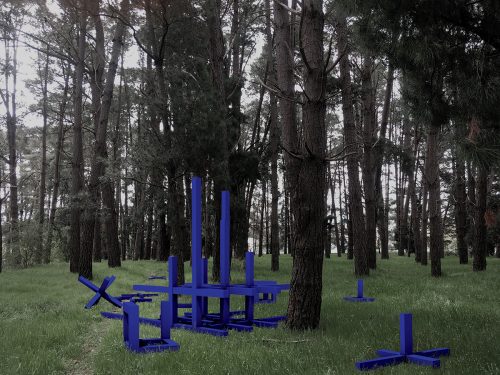