The art world is finally catching up with Janet Laurence. For decades, Laurence has probed human relationships with ecology by merging science-based observation and investigation with a visual poetry of alchemy, transparency, beauty and loss. In works that are often site-specific or site-responsive and grounded in extensive, collaborative research, she has invited us to pay attention to species loss and the Great Barrier Reef’s vulnerability due to climate change, among other issues.

It’s proposed that we’re now in the Anthropocene era, defined as an age of global human impact on pretty well every part of the natural world. While geologists wrangle over how to define the Anthropocene and when, exactly, to backdate its commencement, the art world has embraced the Anthropocene proposal as a constructive framework for considering our predicament. Janet Laurence’s work sits squarely within this new and urgent consideration.

Laurence has in the past used art to advocate lyrically for attention to, and action on, ecological calamity.

Laurence has in the past used art to advocate lyrically for attention to, and action on, ecological calamity. Her upcoming new work at Hugo Michell Gallery in Adelaide, titled From the lives of plants, aims to open up an expansive, macro-view of our relationships with plants. Her broad ranging subject matter includes medicinal and herbarium plants as well as trees in environments such as the contested Tarkine wilderness region of north-west Tasmania. Laurence’s layered, transparent botanical images draw from and rework series she has made during her longstanding engagement with the plant world. They focus on the vulnerability of the crucially important living organisms that humans both depend on and currently jeopardise. “I hope the concerns of fragility will be understood,” says Laurence, “and the vital importance of plants in our lives be communicated.” 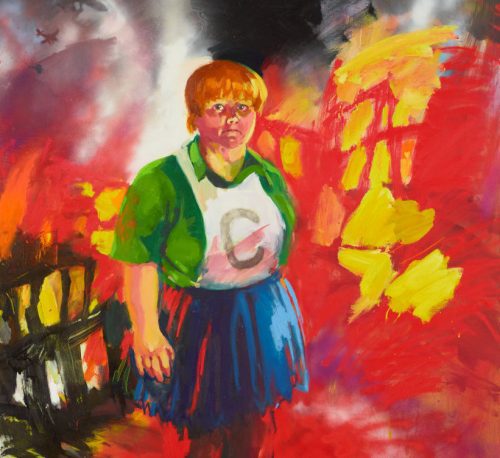 How do you choose who to paint, and why? Three Archibald Prize finalists discuss the people behind their 2020 portraits.