Spending much of his life in rural Victoria and New South Wales, but now living in Melbourne, Jacob Raupach has a keen sense of the disconnect between metropolitan and regional life. City people, he says, understandably often don’t think too much about where the foods and products they use originated: usually, these things come from the country, where they are out of sight, out of mind.

Working with this as a subject for his installations, Raupach has directed his gaze at the rail corridor between two places he has lived – Wagga Wagga and Albury/Wodonga – both en route between Melbourne and Sydney. The result is a series of mesh-like images and videos that bring his concerns about rural visibility into full relief.

“I am fascinated by the way regional spaces are affected by the economy and how these spaces can be invisible to metropolitan people in their relationship to consumerism,” he says.

“The rail corridor becomes a sort of conduit linking these spaces and picking and unpicking the complex relationship between metropolitan and regional spaces.”

Often, he says, regional centres are defined by a particular industry – fruit-growing, energy production, mining or forestry, for example – but as the world moves inexorably towards a more digital focus, with less emphasis on physical labour and manufacturing, many country towns and communities are now needing to redefine themselves.

In the videos and photographs, snippets or long takes of a single scene move between static and more fluid movements and are intended to provoke us into questioning where we are in the complexity of economic decision-making that allows us to have so many choices as consumers and citizens. 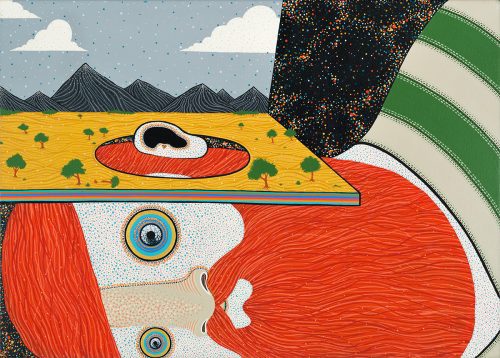 Recently Withey’s practice has focused on the environment and how the human presence effects it. 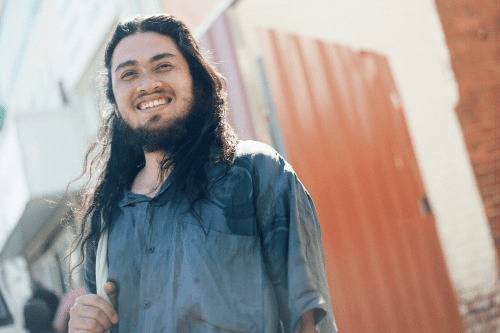 Podcast – Conversations with Curators: Andy Butler on life as an independent curator

Along with being an independent curator, Butler is a Filipino-Australian writer and artist who continuously looks at the dynamics of power, systemic racism and racial hierarchies within a contemporary art context.