In Isaac Julien’s film Looking for Langston we begin at the end: a funeral. Well-dressed men and women sob, tears running down their cheeks. The camera pans across an open coffin, over the face of a young man. The large church is claustrophobic, crammed with pale blooms.

The camera travels down, and we shift underground to a 1920s speakeasy, populated with beautiful, well-dressed young people. The music is loud and jazzy, and the air is hazy with smoke. Private dramas play out as patrons eye one another across champagne coupes. There is no dialogue, just intense, extended gazes. Sometimes they land right on you, direct to camera, and the cool, darkened gallery feels suddenly warm.

We move from the bar to other dream-like, grainy scenes: a man stumbles across an open plain; he is chasing a lover.

The aesthetic of Julien’s Looking for Langston, 1989/2016, is decidedly Hollywood. It is F. Scott Fitzgerald, Greta Garbo and the jazz age. It is excess, youthful love affairs and unbridled angst. But it’s also different to these clichés. Julien’s protagonists are all men, and most of them are black.

Neither black stories nor homosexual stories are the stuff of vintage Hollywood, let alone black and homosexual. It becomes clear through the voice-overs in Looking for Langston, drawn from texts by writers such as James Baldwin and Bruce Nugent, as well as Langston Hughes, that not only were these stories absent from mainstream representation, they were also suppressed within black communities. As one voice says, “Homosexuality was a sin against the race, so it had to be kept a secret, even when it was a widely shared one.” These men were rendered invisible twice over.

This shared experience of black queerness would explain why Julien, who is black, queer and British, identifies so strongly with the American story he tells in Looking for Langston.

Langston Hughes (1902-1967) was an American poet and social activist. Considered a leader in the 1920s rebirth of African-American arts known as the Harlem Renaissance, Hughes wrote about his experiences of racism as a black man in a segregated world.

Hughes was not openly gay during his life, and there are conflicting opinions in posthumous literary and queer readings regarding his sexual orientation.

The title of Julien’s film suggests that he was seeking to tell an un-told story, to find something hidden beneath the surface, to seek out the real Langston Hughes. The film includes archival images and footage, suggesting a bio-pic quality.

As the film reaches its climax, jazz music at the bar is replaced with 1980s house music, and the dapper men (still in tailcoats) shift from couples dancing to nightclub partying, complete with open, ecstatic faces. So, Looking for Langston moves in and out of the specificity of Hughes, and he becomes symbolic of black queer experience over time.

In the gallery, a selection of suave, sensual and intimate photographic stills is showing alongside the film. Enormous, glossy mural prints reflect the excess of all-night partying, while in a selection of smaller, framed images these stories are made personal and close. Together the images and film are a poignant and poetic reflection on black queer experience, and in the nearly 30 years since the initial release of Julien’s film, it has become practically canonical in its historical importance.

The exhibition Isaac Julien: ‘Film-Noir Angels’ Looking for Langston is part of Sydney’s 40th Mardi Gras Festival. The film Looking for Langston will also be screened in its original 16mm format at the Art Gallery of New South Wales, 14 February at 7pm, and the artist will be in conversation with AGNSW deputy director Maud Page. On 18 February, the artist will also be present at the screening of his 1991 film, Young Soul Rebels, at the Golden Age Cinema as part of the Mardi Gras Queer Screen program. 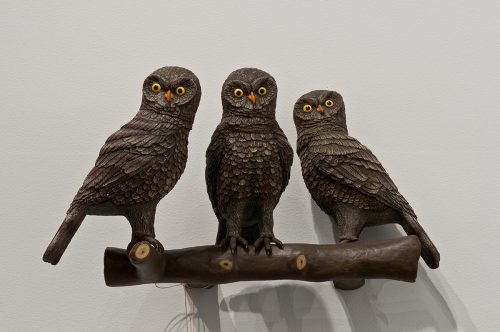 New Zealand-born, Melbourne-based artist Ronnie van Hout has made a name for himself with works that are perplexing, outlandish and disruptive. 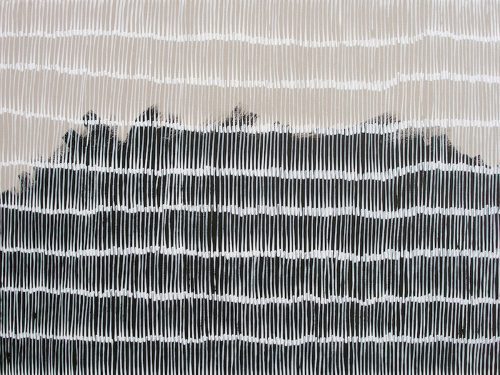