Irish artist Gerard Byrne has always had a taste for collapsing time. He brings the past into the present and entirely alters our perceptions. In reconstructing conversations recorded in back issues of Playboy or National Geographic, he craftily changes their spots. Casual talk about sex, war and car sales takes insidious turns. Surrealists and existentialists begin to shock for all the wrong reasons.

Byrne plays up the ambiguity of language in such a way that is comic but biting as well. ‘Melancholic’ is, however, the word that audiences keep coming back to in relation to his latest film. “I never engineered it like that, but I couldn’t refute it,” Byrne says over the phone from Dublin.

The work in question contains footage of a 19th-century Swedish diorama, including its dead stuffed animals, all animated by a contemporary eight-speaker soundscape of birdsong and animal grunts.

As Byrne’s camera pans over the different pieces of Swedish taxidermy, viewers hear the sounds that such an animal might make were it alive. But this Scandinavian wilderness feels way out of kilter. “You are aware that there is something that doesn’t quite connect” is how Byrne puts it.

Partly it comes down to the fact that in real life the diorama is silent and low-tech, while in Byrne’s hands it is accompanied by a sophisticated soundtrack just edited in Berlin. It also stems from the way it is lit. The actual diorama – one of many in the postcard-pretty 1893 Biology Museum in Stockholm – is illuminated only by natural light; likewise, Byrne’s film has no artificial light, which further distances it from the present day.

“We are all very competent viewers of screen-based imagery and that creates very concrete expectations, but as an artist you have certain freedoms in working with or against that,” Byrne says. “The diorama’s connection to light seemed really important, the idea of the structure as a camera… while the soundtrack antagonises and kind of mocks the images.”

It also plays up the changes to be seen in both the wilderness and the museum. Dioramas, like many of the earth’s forests, are a hangover from the past, and Byrne’s film highlights how far things have moved. For that reason, the work, called Jielemeguvvie guvvie sjisjnjeli (an approximation of the phrase ‘film inside an image’ in an indigenous northern European language), is central to a group show coming up at the Monash University Museum of Art that explores the “function of the museum in relation to the camera”. Called Life Inside an Image, this group show looks at the way “museums, like cameras, preserve, frame and index the world”.

Byrne says that it was only when MUMA – together with Mead University at the University of Warwick in the UK and the Museum of Modern Art in Stockholm – commissioned him to make a new piece that he focused on the Stockholm museum he had “stumbled across” during a residency in Sweden a decade earlier.

“It was winter and dark, and Stockholm had that siege mentality, and I was wandering around the streets basically bored and looking for diversions to pass the time. But it’s at those moments when you are receptive, and I became fascinated by the museum and always had an idea that I wanted to do something with it.”

Byrne – who lives in Dublin, has represented Ireland at the Venice Biennale and routinely has solo shows across the world – is speaking ahead of not just one but two exhibitions in Melbourne in coming months.
As well as the groupshow MUMA, the Australian Centre for Contemporary Art is holding a survey of Byrne’s videos as part of this year’s Melbourne Festival. Spanning more than 15 years, it includes some of his best known dramatic reconstructions looking at contemporary morality, ethics and sexuality.

Byrne, who says his working life is divided between times of intense production and periods of “thinking speculatively about ideas”, is also just finishing up a teaching post in Copenhagen and working on a collaborative sculptural piece of video screens to be shown around Europe. “I also try to persist in working on more modest stuff, particularly photographic projects.”

Byrne visited Melbourne for the first time earlier this year – although he has previously been to Sydney and Brisbane – and is returning in the lead-up to the exhibitions. “I have always enjoyed Australia,” he says. “I find striking incongruities there: on the one hand it’s very familiar, with its British legacy, and on the other hand it’s really exotic.” It sounds like one of his art pieces. 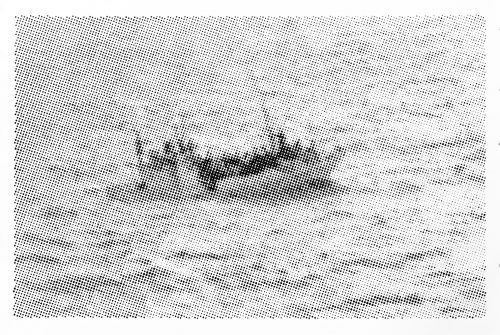 Congratulations to Kendal Heyes who has won the annual Adelaide Perry Prize for Drawing. 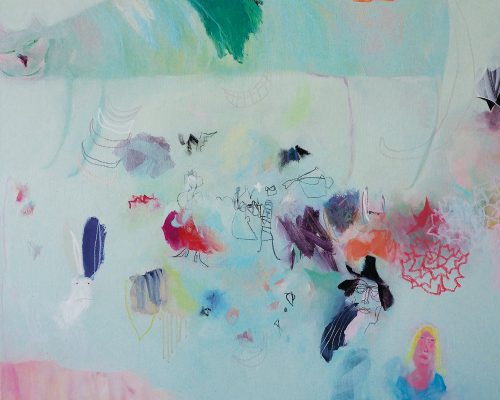 There is a fascinating duality at play in Lewis Carroll’s darkly absurd masterpiece, which is not lost on Launceston-based artist Junko Go.