In 1899 artist Mary Cockburn Mercer ran away from her Melbourne home to Paris. She was 17 years old. After living what we might call the ‘bohemian artistic life’ Mercer went on to become a respected (and somewhat elusive) Australian painter.

This particular story is only one of many being told in Intrepid Women: Australian women artists in Paris 1900-1950. Showing at S. H. Ervin Gallery, the exhibition features paintings, prints and ceramics by 30 Australian women who travelled to Paris to study, paint and pursue their artistic lives. The show includes works by well known artists such as Grace Crowley, Anne Dangar, Ada May Plante and Margaret Preston, amongst others.

The women artists who visited Paris during this time were taking advantage of the progressive political and cultural changes being gained in the Western world.

“The first half of the 20th century was a time of great social change and women benefited from new found freedoms,” says Jane Watters, director of S.H. Ervin Gallery. “Paris was the undisputed capital of the art world and artists of all nationalities gravitated there to experiment in life and their artistic practices.”

Yet despite the social advances being made, women artists travelling abroad to chase their artistic careers were still living quite boldly for their time. As Watters points out, “Many of these women, freed from the expectation of marriage and motherhood, embarked on art careers; some with the support of family whilst others worked tirelessly to achieve their goal of travelling to Europe.”

The exhibition also highlights how, over time, the experience and skills these women gained in Paris would enrich the practice of Australian artists.

“Those artists who were in Paris during the cubist and modernist periods, including Grace Crowley, Dorrit Black and Anne Dangar, certainly embraced the innovations in art and, in the case of Crowley and Black, brought back a deep understanding of these movements,” says Watters. Indeed Crowley and Black both began art schools on their return to Sydney. But as the director notes these women “were met with stern opposition to their modernist teachings.”

This final point links to the central core of Intrepid Women: the simultaneously liberating position of these women alongside the difficulties of their time in Paris. As Watters sums up, “We hope that audiences will admire these women who bravely travelled to France, often alone, and appreciate what some of them had to do to get there.” 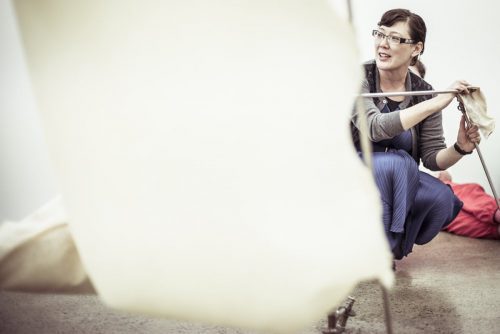 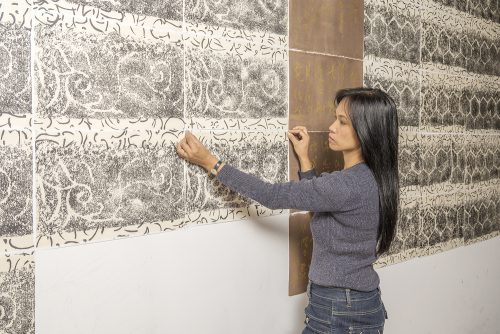 Through perforations, rubbings, and Vietnamese Braille, Savanhdary Vongpoothorn’s 25-year practice gets under the skin—and the surface—of her materials.