From the distant ice sheets of Greenland, the Cold War must have looked very cold indeed.

The facility, DYE 2, was built by the United States in the 1950s; looking like a relic from a science fiction film, its protective geodesic dome provided the visual focal point for Fredericks’ steadily tracking camera, while Schutzinger used it as an echo chamber for the piece’s richly textural soundtrack.

Fredericks is a photographer, documentary filmmaker and artist.

He has been visiting Greenland since 2010 as part of a larger photographic project concentrating on its landscape and skies.

He has also completed a similar project dealing with Australia’s Lake Eyre saltpan.

Fredericks has made a commitment to lengthy journeys to these kinds of ecologically extreme places, coupled with an almost old-fashioned dedicated to producing images that aim to (in his words) move past exotic spectacle directly to (in my words) a Romantic sublime, albeit one where awe is tempered by ecological anxiety (we know the polar ice caps are melting).

Nonetheless, in Inside the Dome (DYE 2) the ice sheet was more than a spectacular natural background. A time-lapse sequence towards the end of its 10-minute loop situated the domed base as the still fulcrum of a universe as Nordic as it is Copernican. The moon arcs through the sky while, in another shot, a great dragon of white cloud rumbles across the horizon line.

Schutzinger assembled parts of his soundtrack by playing voice recordings to reverberate within DYE 2’s geodesic dome. His ethereal blend of found sound – a looped sample of the Red Army Choir, as well as vocal testimony from JFK, Ronald Reagan and the men who operated this very radar station – overlaid upon a pulsating orchestral composition, exerts a séance-like pull on the spectral voices of the Cold War. But, as another reviewer has pointed out, those times have passed the surveillance centre by and, since the 1980s, it has been left to sink into the ice.

The video begins, however, inside DYE 2’s geodesic dome. There’s a neat symmetry here. Inside the Dome (DYE 2) is the first of a series at Geelong Gallery in a new exhibition space housed within the freshly renovated Geelong Library and Heritage Centre. Made over by ARM Architecture, the library roof now features a funky geodesic dome. There might not have been much sense of it within the standard rectangular exhibition space but, in the artists’ triple video projection, the viewer was metaphorically inside a dome inside a dome.

Back in Greenland, Fredericks tilts his camera up to the dome’s apex, high above the central radar dish that fills all three screens. Tracking around the base of the now-stationary dish, Fredericks’s camera breaths movement back into this steel sentinel while maximising the kaleidoscopic harmonies of the multiple triangles of the dome, which emanates with clear white light, lit as it is by the Nordic sun. These geometries are further multiplied by repetition across the three video panels.

Then something remarkable happens. The camera comes to rest squarely facing the dish, an image that briefly occupies all three video screens to create a moment of monumental stasis. Next, almost miraculously, the radar dish begins to spin. For real this time, not merely the animation of camera movements. This iron Cold Warrior has awoken. Fredericks edits this for maximum effect by having the spinning dish sweep past each of the three video screens in an obliquely staggered sequence. As the representation of a kinetic sculpture it is absolutely mesmerising.

Yet I found myself with certain reservations about the work. The effect of Inside the Dome (DYE 2) was largely pacifying. For my money, Fredericks and Schutzinger have done a wonderful job of creating an affecting and atmospheric piece that quite literally resonates with history’s voices. Yet the installation ask little from us where an active thinking-through of these recent geopolitical histories is concerned for a subject active in the present day. There was less for me to do here than I would have liked.

On one level it comes down to what an artist might choose to do with this ‘found object’, imagining one has discovered this remote and fantastic place as Fredericks has. I could not help but think what a great film essayist, the late Chris Marker comes to mind, might have done with this same visual stimulus. Many would say I’m asking too much or misjudging the work’s intentions – as if that should be criticism’s sole criterion – but I wish this radar station could pick up on a politics for our times. 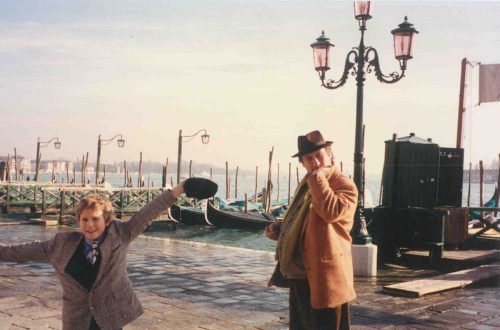 Ray Hughes was a legend of the Sydney art world with his loud ties, an assortment of hats, and a penchant for corduroy, as well as the services of a Beijing suit tailor of dubious taste. 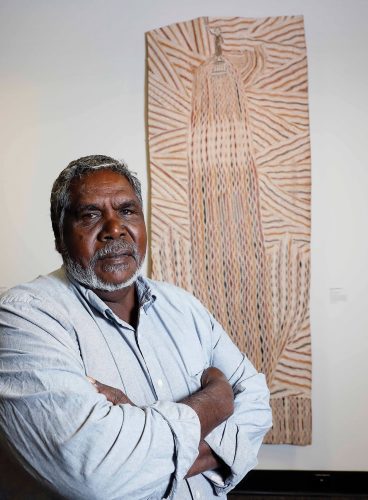 The winner of the 2019 Telstra Art Award is Djambawa Marawili AM with his work Journey to America.