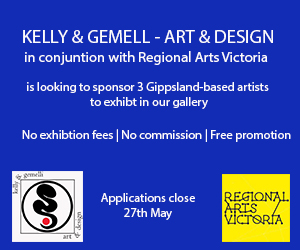 “You do this work for 10 years and suddenly it’s relevant – not that it wasn’t before – but people are starting to pay a bit more attention”, says Phuong Ngo, an Australian-born Vietnamese artist involved in this year’s Primavera at the Museum of Contemporary Art, “it’s been a huge shift, I’m sure you’ve noticed it”. Art practices that interrogate identity are gaining traction in large galleries.

I meet Phuong at the Substation in Newport, in Melbourne’s western suburbs. He has a studio out the back. It’s a handsome split-level space that’s in line with the building’s industrial architecture. The Substation supported Phuong to mount a major solo exhibition Conflicted: Works from the Vietnam Archive Project in 2017. The exhibition offered complex narratives about the Vietnam (American) War, on French and Chinese colonisation, the way that soldiers’ male gaze was projected onto Vietnamese women, and to broader links to Vietnam’s history.

The Vietnam Archive Project, 2010–, is Phuong’s “biggest work to date”, compromising of an evergrowing collection of 20,000 slides and photographs from the Vietnam War, and the French colonial period in Indochina (across Cambodia, Laos and Vietnam). The collection provided the impetus for Conflicted – with the National Gallery of Victoria acquiring works from the archive.

Phuong’s studio houses the entire archive, which is packed in boxes and stacked in an immense wooden cupboard. We sit at an old marble table that belonged to his maternal grandfather. It feels like other dining rooms I’ve visited in Southeast Asia. Spread across the heirloom table are the beginnings of the work that he’ll include in Primavera 2018. It’s a complex web of his family history and narratives that go back several generations, told in images and objects. There are intergenerational threads that cover the decolonisation of Vietnam, war, displacement, loss and trauma; of both sides of his family who represent different parties in the political and violent conflict – French-speaking elites on one side, noodle makers on the other. Children of both sides ended up in a refugee camp, arrived in Australia, and Phuong was born.

In a previous life Phuong began a research masters in politics and international relations, looking at political currents in Southeast Asia.

It was a struggle. “I was going to galleries a lot”, he says, “which led me to thinking about how I went about delivering my research content. Is a written thesis or longform essay the right way to approach this? Then I started to try and understand how my research could be communicated through art.” He dropped out and enrolled in art school. Soon he’ll commence a PhD in visual art.

Much of his work now places his family and own subjectivity within broader political, social and cultural narratives that frame and affect individual and collective experience. He questions the inheritance of these grand narratives that shape a geographic region and a people – how to make sense of the stories he heard around his family dinner table. In the 2013 exhibition, My Dad the People Smuggler, Phuong grapples with refugee history. His father smuggled people out of Vietnam for several years, before ending up in Pulau Bidong, a refugee camp that operated in Malaysia. For that exhibition, Phuong recreated photographs from his parents’ and older brother’s time in the camp. The photographs he took, from the same angles, of the same islands and monuments that his parents and brother would have seen there, were taken from a luxury resort.

“There was a sense of failure in that exhibition,” Phuong tells me. There was an inherent gap in how he could engage with his family’s history. The luxury resort Phuong stayed at on the site of his parents’ camp was now awash in beachside cocktails and holidaymakers. In Article 14.1, an exhibition that followed for Next Wave Festival 2014, Phuong approached this history in a 10-day performance. He occupied a gallery space and lived off the same diet his parents and brother would have eaten at sea – condensed milk, sugar cane, rice, and packet noodles. Phuong invited the public to assist him in folding boats out of hell money (joss paper resembling bank notes used for burnt offerings) – as a memorial to the estimated half a million lives lost at sea – while audio of interviews with people who fled Vietnam played in the background. At the end of the performance, the boats were ceremonially burned.

More recently Phuong has been working with narratives that aren’t directly about or in response to his family, “Conflicted really broadened what I was looking for, what I was looking at. It was the first major work to step away from family.”

For Primavera, these two strands of family and broader history will be brought in to dialogue. Uniting these strands makes clear what drives Phuong’s diverse practice. The collecting, the installations and manipulation of objects, the photography, the performance, the deep research, are a means to dig up narratives and ways of seeing that for many reasons are kept hidden or in the margins. Phuong’s work broadens the complexity and nuance of how we understand our collective history and identity, of how he understands his connection to Australia, and the Asia-Pacific region. His family’s narratives are embedded within political and historical forces that we have all been party to, from European colonisation, to global conflict, to the decision in the ‘70s to allow Vietnamese refugees into Australia.

At a time when our national identity is in flux, where the ideas, concepts and received history that we take for granted are being called in to question, practices such as Phuong’s are timely. They allow us to think critically about how identity is constructed, how we understand our history in the region, and how we might move forward.