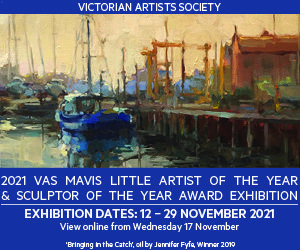 Photographer Roger Ballen is known for his striking black and white compositions: meticulously staged tableaux shot in derelict buildings around Johannesburg, South Africa. His ambiguous and sometimes disturbing images feature scrawled drawings, snaking electrical cables and a rotating cast of models that includes dispossessed people living on the margins of society, as well as a wide range of animals.

Ballen came to Sydney to create a site specific work for his latest survey show, Roger Ballen’s Theatre of the Mind. Tracey Clement met with him and asked him about his life and work.

Tracey Clement: You were born in New York and left in the 1970s…

Roger Ballen: In 1974 I hitchhiked from Cairo to Cape Town. Then I made a trip from Istanbul to New Guinea. Then I went back to America and I did a PhD in geology.

I never wanted to live in New York city. I grew up there but I can’t handle the constant noise and concrete. It’s really an unnatural environment.

And you think just because you live in New York you are going to become the next Picasso with 10,000 other people knocking on the same doors. It’s basically a dog eat dog life. You’re not guaranteed anything by being there.

TC: So in 1982 you migrated permanently to South Africa while it was still mired in apartheid. It seems a bit like swimming against the tide. Is this characteristic? Are you drawn to the difficult, dangerous and challenging?

RB: There were three things that drew me to South Africa. First of all it was a great place to be involved in mining, my profession. Secondly I got married to a South African woman from Johannesburg in 1981. And thirdly, there was an interesting dynamic going on that I found quite… interesting is a bad word. I found it intriguing. The circumstances were unstable which was better than sitting in some middle American state driving from the bank teller to the next McDonald’s then back on the highway to a house in some suburb. So there was a tension that sort of pervaded the country that made contact with me in some funny way. Not political. Obviously there was nothing that I supported about apartheid. I really believe that one of the key things in my development was that I basically worked in isolation for the first 20 years in South Africa. As a hobbyist; somebody who was just obsessed with photography and had no interaction with anybody. And I just did it very passionately. I had no expectations of it.

TC: In your talk you said your work was about searching for the “mind” or for “what is me?” What makes art a good tool for this exploration?

RB: My work has always been psychological statements. All art is basically about expression. But it’s not necessarily just my art that has done it for me. Understanding Freud was an important part of understanding my work and my personality. Art delves into other aspects, travelling those five years delved into other things, and dreaming in the night reflects another side of myself. So it’s a multidimensional approach. And hopefully experiencing this on a multidimensional level allows you to ultimately produce better artwork in the media that you are involved in.

TC: The Surrealists were also interested in the mind and in dreams. And your work has a distinctly surreal edge…

RB: I don’t think of myself as a surrealist. I don’t consider myself anything. I only consider myself Roger. I am not following any particular movement. Living in South Africa I was isolated. So it has all just been about personal development; personal perfection of my aesthetic rather than being involved with any particular group of people.

I could say that I was as much influenced by cave painting or African and New Guinean art than the by the Surrealists.

And, to make a bit of a trite statement: life has surreal aspects to it. It is bizarre, absurd, and irrational, it is un-definable. It is a mixture of objectivity and subjectivity. So when you ponder things you come to some of the same conclusions that the Surrealists came to and tried to express in their work.

TC: Your style has been described as “documentary fiction,” a neat phrase that links the real with the fabricated. Is the persistence of the real in photography what draws you to it as a medium?

RB: I was drawn to photography as a young man, because somehow it was a way of expressing myself and finding my identity in a media. I’m really not thinking about anything. My job is to do the work. Take the pictures. And that’s all. You know, up until I was about 50 I didn’t give any of this any thought. I think the issue is photography generally. Photography, like everything else, brings with it certain prejudices. When people look at a photograph they look at it in a different way than they would look at a painting. They feel that it’s representative of a reality that existed: if they were at that place and time they would be able to experience something very similar to what the photograph shows. But this is a total fallacy.

TC: There is a saying in film, ‘Never work with children or animals.’ You have done both for a very long time…

RB: Children are very spontaneous and animals have no relationship to the camera. Sometimes things happen that you wouldn’t expect.

TC: So the payoff for the difficulty of getting them to do what you want is that they might spontaneously do something else?

RB: It might be better. So it’s almost like a coproduction in some ways. Although you wouldn’t say with a snake that it’s a coproduction. A lot of the people that I have worked with over the years in South Africa, they are not really conscious of the camera. They are not used to being photographed. It’s not a tool that they have encountered. They haven’t interacted with that media.

TC: And is this part of their appeal as a subjects to photograph?

RB: Every subject has different positive and negatives. I can’t really say. The picture is made up of thousands of elements; a person is only one part of the picture. You have to link various disparate circumstances and make a coherent statement out of it.

TC: In many ways your photographs feel like stills captured from a movie. So directing a video seemed like a natural move. The I Finky U Freeky video clip you made in 2012 for the South African rap trio Die Antwoord has had something like 77 million hits and counting…

RB: I was as surprised as anybody could have been. I had no expectations and this thing went crazy. It’s one of the most famous videos in the last 10 years. A lot of young people became aware of my work. And I became aware of the power of making videos in parallel to making my photographs. I didn’t make the Outland and Asylum of the Birds videos just to advertise my books. They are parallel artworks, but the modus operandi came from the success of that Die Antwoord video.

TC: Theatre of the Mind includes a site-specific installation, Theatre of Darkness, under the old psychiatric hospital in Callan Park. What will we see down there?

RB: It’s an amazing space. The cells are like European mediaeval dungeons. We are creating installations which have a similar aesthetic to the photographs using drawings, sculpture and sound. Each room will feel like there is a patient in there, but they won’t be real people. We are making sculpture people. It’s a true dungeon. It’s not fake. It’s not like something you’d find in Disneyland. You wouldn’t expect to find this in Australia. It’s really a tremendous space, hopefully my installation will be able to merit the location.