Nick Cave (the American artist, not the Australian musician) is known for his Soundsuits. These elaborate costumes are an idiosyncratic mix of haute couture and politics: they respond to racial tensions and inequities by both obscuring and celebrating racial identity with beads and bling. The artist has worked as a fashion designer and dancer. He is currently a professor and chairman of the Fashion Department at the School of the Art Institute in Chicago.

Tracey Clement met up with Nick Cave at the dress rehearsal of HEARD • SYD, an exuberant performance by 60 dancers in 30 life-sized horse outfits. They talked about the power of dressing up and the other Nick Cave.

Tracey Clement: I have to admit that when I first heard you were coming I assumed you were the Australian Nick Cave! Does this happen to you often?

Nick Cave: It happens to us both all the time!

TC: And have you ever met the other Nick Cave?

TC: You should do something together, two Nick Caves on one ticket!

NC: Well, we are hoping that when my installation Until comes to Sydney [at Carriageworks in 2018] that there may be a moment when we can collaborate, which would be amazing.

TC: You are known for your Soundsuits, you come from a fashion background, so what is it about costume that appeals to you?

NC: I think what appeals to me about costume is that we do it every day. But what I’m really interested in is the idea of costume as a form of celebrating our differences. I think it’s really all about the uniform, the notion of celebrating one’s individuality, or culture.

TC: So it’s about identity?

TC: There is also a transformative element to costume, isn’t there?

NC: Yeah. Once you have adorned the physical self you have also mentally prepared. It’s like when you have a power meeting, you wear something different. Or when I’m teaching, I wear only black. Because I’m dealing with students all day and I just need to be very neutral so I can really remain focused; it’s about this moment with them.

Costume is really about transitioning: a transformation of oneself into this ‘otherness’.

TC: Works like your Soundsuits, or the costumes for HEARD * SYD, are extremely labour intensive. What role does this labour play in conveying the ideas in your work?

NC: Labour speaks to me in terms of commitment. Like with this particular piece, HEARD, I could use less raffia or I could use more raffia for a bigger effect to create more mass, more volume, more movement. So it’s really about me giving it what it needs. So it can stand on its own, complete.

TC: I like what you said about commitment, because it doesn’t just happen, does it?

NC: No. It’s an effort! And you can see that in the work, and that is where labour becomes a large part of the transformation. Labour sort of hides the identity of the under-structure. And you are forced to look at something ‘other’. It’s not the body; the physical self is no longer present, it’s really now the object that has been created.

TC: In HEARD you present dozens of dancing horses…

NC: I was thinking of heard, as in listening to sound, but also as in herd. I was thinking about Grand Central Station [where the work was performed in 2013] and the way in which people are moving, going from one point to another point. So it’s really looking at the choreography of that.

It goes back to really simple early puppetry. It has a personal meaning for me in terms of remembering when my mother put a sock on her hand and made a puppet. And just that simple element allowed me to engage with the unfamiliar.

Carriageworks
12 November at 10am and 12noon 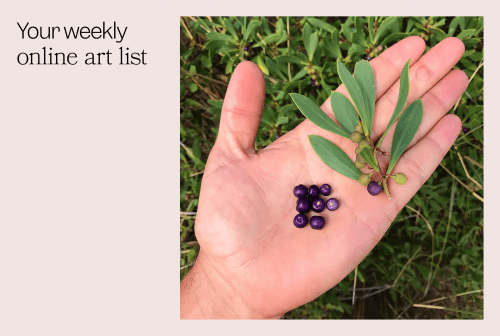