I, For One, Welcome Our Celebrity Overlords

I, For One, Welcome Our Celebrity Overlords

I’m not quite sure how I felt about the actor Jim Carrey before I discovered he was also an artist, but I certainly knew how I felt afterwards. It turned out that Carrey, best known for a string of absurdist comedies from the mid-to-late 90s, is also a painter, complete with a proper studio and a fervent Twitter following. His paintings are blunt political cartoons done with a generous amount of paint, and the minimal drawing talent of a lewd high school troublemaker with a leaky biro.

His work, to put it mildly, is stratospherically terrible, but he delivers it with sincerity, so you know, good on him.

Carrey’s turn to art is just one example of any number of celebrities, musicians, actors and politicians who have either dabbled in art, or taken it up fulltime. While Adolf Hitler, a mediocre-to-bad landscape painter, is the poster child for the frustrated artist who turned from art to politics to find his future infamy, it’s George W. Bush who turned from politics, and his now forfeited position as Worst US President of All Time, to become a good-to-very good portraitist. Whether your armies invaded Poland or Iraq seems to be no obstacle to an appreciation of your art.

And there’s really no telling whether a person famous for one thing will be good or bad at doing another. The work of musicians turned artists, from Ron Wood to Frank Sinatra, Tony Bennett to David Bowie, Bob Dylan to Paul Simon, tends to prove that a little art training can go a long way, but a lack of talent is no barrier to entry either.

One of the more unnerving aspects of celebrity artists is how their work seems to intersect an area of contemporary art that most of us recognise, that is, that space occupied by artists of negligible talent, but who have a ton of chutzpah, self belief, a nice studio, a supportive family, and a gallery that can actually sell their art for them. These are often artists with a line in graphic art that looks good on a big white wall and costs a surprising amount of money. It’s very often not completely terrible but it’s also usually very far from objectively being ‘good’ [i.e. successful on its own terms].

Some of these artists are trained – they went to art school or whatever – but many of them didn’t, they picked up some tracing skills along the way.

It’s remarkable how cheap data projectors are now – and the Internet is the bad artist’s oyster bar, a never-ending cavalcade of questionable artistic choices that can be made for the next series of works: some portraits of Nick Cave? Old cars in Cuba? Some endangered animals perhaps?

Another surprise is just how easy it is to get into the art game. Once being an artist meant running up a huge tab at a specialist art shop. Nowadays both Bunnings and Officeworks carry art supplies. It’s that easy.

Celebrity art – and its cousin in the actual art world – is very hard to explain to people without an education in art. It seems to perform all the functions people associate with art: it’s the result of the artist’s sincerity, it overflows with apparent expressive elements, or conversely, it’s cool and illustrative, and perhaps looks a bit like another artist you can’t quite recall [Carrey’s art was described incorrectly by Blouin ArtInfo as a “cross between Warhol and Matisse [with] a bit of Lichtenstein…”]. Yet it’s a simulacrum of art; something that achieves its likeness without actually fully connecting with either its spirit or its meaning.

There’s nothing wrong with a celebrity wanting to be an artist in their spare time, or indeed people who want to make bad art, but there seems to be something fundamentally wrong with writing inspirational quotes on your studio wall and not putting that into your work instead.

Like people who tattoo their kids’ names on their arms, dude, if you didn’t know that already, writing it down isn’t going to help.

Celebrities are our sun gods and we don’t really need to see them brought down to our level by ill-advised forays into art. I, for one, accept my celebrity overlords but I’d prefer them to stay where they are. I think of poor old Sylvester Stallone and his struggle with figuration, his resulting canvases like a fight between some tubes of paint and bowl of spaghetti. It’s a cautionary tale – celebrities, stay away from art… Unless of course they’re actually good at art and then I have no problem with it at all. Kanye West’s boneheaded appropriation of Marina Abramovic’s style for his video ‘Bound 2’ was so solidly out there that it genuinely needed to be taken seriously as a piece of performance art. “This is, like, performance art,” the sleep deprived West said at the time. “The thing is, I don’t got a problem with looking stupid.”

*In the original print edition, Jay-Z’s video for ‘Picasso Baby’ was mentioned for its appropriation of Abramović’s performance The Artist Is Present. While both rappers have taken an interest in Abramović’s practice, it was Kanye West that the writer wished to refer to. 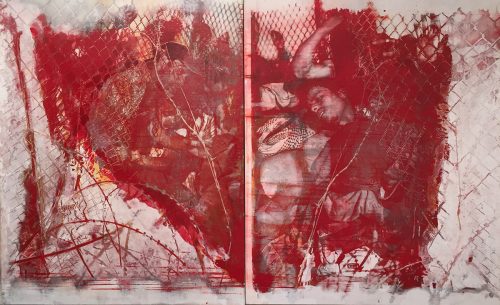 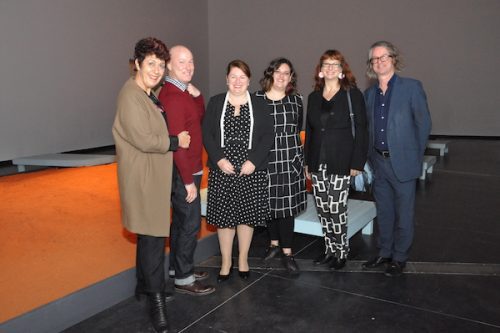 In Woiwurrung language, Yalingwa refers to day, and light. It’s an apt word to title a new initiative between Creative Victoria, the Australian Centre for Contemporary Art (ACCA) and TarraWarra Museum of Art.