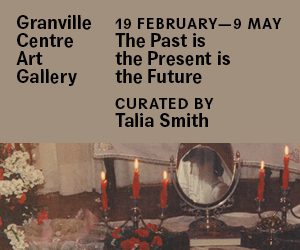 Walk through the gateway of Collingwood Yards, and you might feel you’ve found some sort of small-scale utopia for artists—the sort of community- focussed environment where collaboration, exchange of ideas and a permeating atmosphere of creativity are all at the fore. Your perception of this place, though, will depend on which entrance you use, for there are many access points across both of the Yards’ street-side faces. And every entry brings a different view.

Collingwood Yards is gradually opening over the course of 2020, dependent on the current restrictions to gatherings and movement, but it began life as a concept more than four years ago. Until its first tenants began to move in earlier this year, it was officially known as Collingwood Arts Precinct. But Collingwood Yards, a name adopted at the last moment, has a much friendlier feeling to it—a warmth the new tenants are reflecting with enthusiasm.

Marcus Westbury, CEO of Contemporary Arts Precincts (CAP), says the Yards is the organisation’s first flagship project. Transforming the former Collingwood Technical College site—comprising several buildings—CAP’s aim has been to forge sustainable, affordable, long-term homes for arts groups. Both CAP and the Yards have been designed, says Westbury, to minimise costs and increase efficiencies in ways that benefit tenants’ prime objectives: being creative and having a secure base.

Like a small village, the various buildings and tenants cover a broad field—an ecology that will continue to form as Collingwood Yards gradually comes into being, this year and beyond. Tenants include some of the biggest names in the contemporary arts scene around Melbourne, from West Space and Bus Projects to the Social Studio, 3PBS radio, Liquid Architecture, Experimenta and Music Victoria. Others are smaller or relatively new, from Uro Publications and Reverb Prints to Cauldron, the Barpirdhila Foundation and the Centre for Projection Art.

Westbury says he is very proud of the tenancy mix. “We have brought that incoming tenant group together several times, and just seeing the collaborations that are already emerging, with them firing off the existing relationships some of those tenant organisations had, you can already see the value in having them in proximity to each other,” he says. “There are partnerships that can happen, resources they can share. And the site is designed to be inherently plural so there is a diverse range of things that will happen.” These include opportunities when a major festival is in play, such as Next Wave or Fringe, or when smaller community-focussed events bring in the entire tenant list to cross-pollinate their audiences and resources.

Westbury says that as well as the various tenants using their own spaces for exhibitions or other events, there are opportunities in the many outdoor spaces, from entrance areas to rooftops. One space expected to be popular is a sort of amphitheatre in the main courtyard with a 200-person capacity—not to mention the Circus Oz building adjoining next door.

With about 20 standalone tenants and 15 artist studios, Collingwood Yards is not Westbury’s first large-scale venture of this sort. Having directed both Melbourne’s Next Wave festival (2004 and 2006) and Newcastle’s This is Not Art (1998-2002), he was founder and creative director of the very successful Renew Newcastle initiative in 2008, which connected people with vacant spaces. “Naturally with CAP I have been thinking about how spaces and places operate from the point of view of the artist or the small organisation with the limited resources to do things,” he says. “This is something I have been obsessed with all the way through [my career]. I bring a context from that with insights that are different to working in a larger or better-resourced organisation. Renew was an exercise in making the most with the least possible resources.”

Amelia Wallin, director of West Space, says the Yards is a great opportunity to be alongside peers and to be part of a community. “It is going to be about sharing resources and audiences and finding strength in our similarities and our differences—and coming together to make really good experiences for audiences,” she says.

Maintaining a distinct identity for all the tenants is important too, and Wallin is pleased that the heritage building’s character has been retained. “We have tried to preserve a lot of the features rather than cover them up—such as beautiful windows, original floorboards and an original brick wall—but we want to keep the space as a shell that can be reimagined by artists. We didn’t want to be too prescriptive about how the space would function.”

West Space will have single, strongly immersive exhibitions rather than the multiple concurrent exhibitions it has had at previous sites. “It is geared towards solo commissions and large-scale exhibitions, one at a time, with an invited artist.”

Another tenant is Bus Projects, whose director, Channon Goodwin, is also pleased at the prospect of inter-organisational relationships developing. Even though Bus was very happy at its previous venue, it was still isolated, and he is hoping to have more engagements across art forms.“This is in Bus Projects’ DNA—crossing art, music, design and architecture,” Goodwin explains. “We thought this would revitalise us for the next decade. We hope for, and have already experienced, a cross-pollination of programs in the new site. We expect that to grow as Collingwood Yards becomes more public. We are already collaborating with Social Studio and Barpirdhila Foundation, and have upcoming collaborations with West Space and Liquid Architecture.” 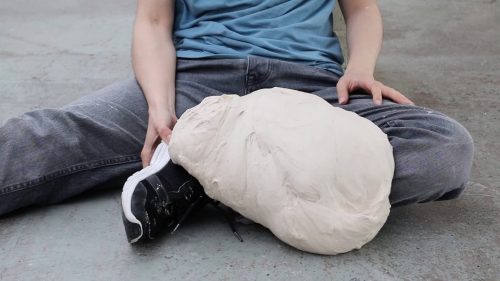 From riots and rations to the story of Aboriginal baking, this group exhibition explores how history has been shaped by the humble loaf. 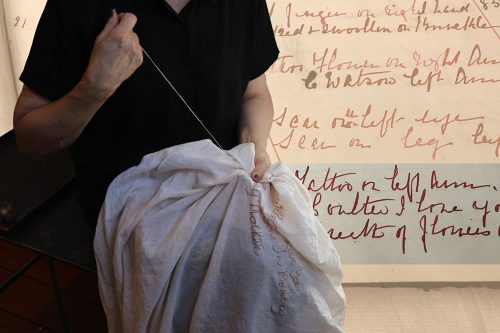