Propelled by a spirit of community and cooperation, the Bayanihan Philippine Art Project has recently brought together five Sydney-based galleries to celebrate Filipino culture and art. To further recognise the important links between Filipino cultural practices and Australia, Mosman Art Gallery is currently showing Halò. Featuring installation works by Alfredo and Isabel Aquiliza, alongside JD Reforma, the exhibition surveys the relations between colonisation, beauty pageants and Hollywood, as well as considering migration, loss and uncertainty.

JD Reforma’s video works ultimately examine the impact of American colonisation on the Philippines. The artist draws upon the violent, yet also ideological, ways the U.S. has seeped into Filipino culture and life.

In particular, Reforma’s video work, Coconut Republic, samples scenes from five Hollywood films that capture America’s involvement in conflicts ranging from the Cuban Missile Crisis to Vietnam. While none of the films explicitly reference the Philippines in their story, each movie was filmed in the country. Subsequently the artist shows us how imperialism can work through images, in ways more subtle than we generally acknowledge. JD Reforma’s further exploration into beauty pageants also looks at how Western ideals exist in the Philippines today.

Meanwhile the collaborative installations of Alfredo and Isabel Aquilizan traverse an array of topics: the idea and physical space of home, the Filipino diaspora, the western gaze, memory and identity, the question of kitsch art and postmodern play, colonialism and migration policy.

Alongside these more collectivist themes sit highly personal elements: emotional and familial resonances, which are often represented through everyday objects such as delivery boxes, postcards, slippers and thongs.

While Halò features six of the artists’ collaborative installations, at the centre of the exhibition sits the newly commissioned piece Head | Land: Project Another Country. The work consists of a large military vessel made of cardboard which spans the gallery’s two floors. Created partly in response to the architecture of the gallery (indeed it’s a near-invasion of the gallery’s space), the structure also extends from a residency the pair completed earlier this year at Middle Head National Park.

Head | Land also features a collection of mini-boats created by over 800 participants who attended community workshops run by the artists at the gallery. While the piece references the Badjoai people of the Philippines (indigenous and nomadic ‘sea-gypsies’), as well as the displacement of Filipino people, it also stands as a symbol of community, creative collaboration and the primacy of personal and aesthetic encounters. 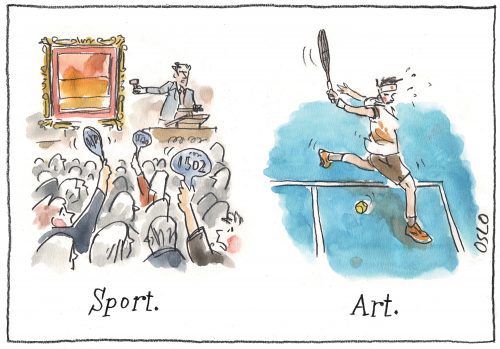