Grayson Perry talks about Them & Us

Grayson Perry talks about Them & Us

When UK artist Grayson Perry accepted his Turner Prize in 2003 he announced, “It’s about time a transvestite potter won.” During a career spanning four decades, Perry’s highly decorative and autobiographical style of making ceramics, tapestries and prints has been met with both controversy and acclaim. Infectiously witty and charismatic, Perry is also an author, BAFTA winning television presenter and fabulous cross dresser. His alter-ego Claire often dons eye wateringly spectacular outfits. Recently Perry has taken to the stage in the one-person show, Them & Us, covering everything from politics and fashion to art and childhood toys. Briony Downes spoke to Perry ahead of his upcoming appearances in Sydney and Melbourne about his art and love of performing.

Briony Downes: You were last in Australia in 2015 for My Pretty Little Art Career, a major exhibition of your work at Sydney’s Museum of Contemporary Art Australia (MCA). What have you been up to since then?

Grayson Perry: A lot! I’ve had exhibitions all over Europe and a couple of big shows here in Britain. I curated the 2018 Summer Exhibition at the Royal Academy of Arts in London and I’ve probably done a couple of television series since then too, there was one about rituals called Rites of Passage and another I’m working on now about America.

I have also become quite obsessed with going on stage and having a lot of fun. I’ve done a couple of tours around the UK spreading the love, and now I’m taking that deeply questionable substance over to Australia.

BD: What can we expect from your live show, Them & Us?

GP: If I’m asked to describe the experience, I call it ‘comedy thought leading.’ I’m a bit like one of those people doing a TED talk but with laughs.

The audience is very much part of the show. Everyone has a little clicker which gives them the opportunity to vote. Within five seconds I can have a completely accurate poll of the audience regarding any question I ask them. This usually leads to much hilarity and despair among the thinking classes.

In one section of the show I get them to vote on art, so we see what cultural knowledge and good taste they have. They like that bit. It’s fun. People love showing off their knowledge, don’t they? I often put cultural references in my artwork, so my middle-class audience can show off their knowledge by saying, ‘Oh look! There’s a reference to Giotto, isn’t that marvellous?’

BD: Do you find any similarities between crafting a pot in the studio and crafting a stage show?

GP: Well, I’m a creative person so the conduits are always open. I am kind of a late developer as my art career never took off until I was 40, my broadcasting really got into gear when I was about 50, and my stage shows are taking off now I’m approaching 60.

The similarity is that I love a challenge and I love learning new technical things. There’s always a sweet spot involved with getting the hang of something. Feeling confident opens up a vista of new creative opportunities.

BD: Politics is a recurrent topic in Them & Us. From the perspective of someone living in the UK and observing from afar, how would you describe the current state of Australian politics?

GP: I think many things going on in Australia are similar to what is happening in Britain. Polarisation is probably the word I would use to describe a lot of political situations in the Western world at the moment.

Social media plays a part in how we think about things, and the news does as well. I think this is what we are seeing in politics, this constant drip…drip…drip of comment and opinion. So everybody is constantly repositioning their mindset, often maybe not even consciously, adjusting it to the group they want to belong to. It takes a sincere effort to avoid being sucked into that group think.

BD: In Them & Us, you will be dressed as your alter-ego Claire who possesses some incredible custom-made dresses. In 2017 you set an annual challenge for fashion students at Central St Martins in London to design Chancellor robes for Claire to wear at University of the Arts London graduation ceremonies. What kind of brief do they follow?

GP: Oh, I give them a very thorough brief. I talk them through my work, my life and what I like to wear. I suppose the basic watch word for them is practicality. Increasingly as I age, when I’m going through my wardrobe looking for something to wear, comfort leaps off the hanger a lot quicker than glamour. On the whole I say to them, please design me an outfit that allows me to take a deep breath before I leave the house. Visibility is also important. That is the design challenge they have. I go in every week and point them in the direction I like and every year I end up with a big injection into my wardrobe of completely ridiculous outfits I love.

BD: Pots, tapestries, prints and fashion – your art practice is heavily visual with lots of autobiographical detail and underlying visual narratives. Throughout history, these mediums have been anchored in the domestic realm. How do you think things have changed?

GP: When I started making pots, craft was quite a dirty word in the art world. I don’t think it is so much now. It was a kind of gendered thing, as craft was seen as ‘less than’ therefore maybe erring towards the female and the domestic, and not the grand, upper class, male intellectual traditions imbued in so much contemporary art. I think some of the push back against craft was quite deep seated in the prejudices of the art establishment. Now it’s almost flipped 180 degrees and you need to diversify and equalise the opportunities across the board, which is great.

BD: Your 2014 documentary All in the Best Possible Taste looked at how our homes and possessions reflect identity and taste. Them & Us also touches on cultural taste and what it says about a person. When it comes to how we outwardly present ourselves, do you believe we are always performing in some way?

GP: Yeah, I think when words like decoration and performance are mentioned, there’s a little bit of negativity in the way people use them. Like they are superficial things tacked on top of the real meat of human existence. All the most difficult intellectual culture is just as much a peacock feather for the creator as anything more fun and light. We are all performing – even at the deepest level – because it’s something we’ve learned to do. 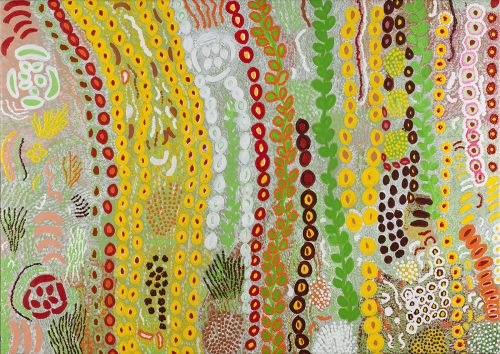 Unearthing relationships between the depictions of Western Australian flora and the state’s Indigenous, colonial and future legacy. 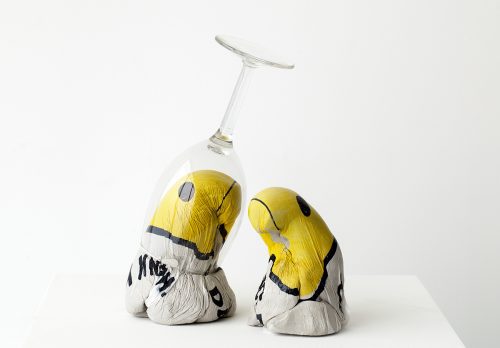 It is the meditative, vulnerable and unforced qualities (and not necessarily Japan) that define Koji Ryui’s abstract sculptural works.