South African emigres Gene and Brian Sherman’s private art collection “bears testament to our life and love as a couple”. The Sydney pair amassed more than 900 pieces over 50-plus years, gradually donating some to public institutions.

Now, they intend to sell 100 works by auction; the mostly intimate works that cluster around the bigger pieces, to take their private collection to circa 600 artworks—and they aim to eventually whittle these holdings to keep just 300 pieces in the family.

Today, Gene directs the Sherman Centre for Culture and Ideas, an evolution in her simpatico relationship with Brian (co-founder of funds management group Equitilink) that previously launched Sherman Galleries in Paddington, which operated from 1986 to 2007 with Gene at the helm.

Brian set up the gallery’s business systems, while William (Bill) Wright was Gene’s inaugural curatorial director and mentor on the artist side. Gene and Brian gave “wonderful” parties, and art collectors and clients naturally followed. The gallery sold works predominantly from Australia, the Asia Pacific and the Middle East, promoting a core of 27 artists “morning, noon, and night”, says Gene.

But nurturing the tastes of hundreds of art-collecting couples—gay, straight, or strictly business partners—Gene observed most had to make an art of compromise. “Sometimes, the compromises became so difficult, that there was no way they were ever going to acquire anything,” says Gene, now 75, sitting in the couple’s architecturally redesigned palatial Centennial Park home, wearing round spectacles and jangly wrist bangles.

Gene is surrounded by plump artbooks, and the lounge and dining room walls are replete with large framed Asian and African photographic artworks, with an emphasis on spirituality and storytelling. The loungeroom’s timber-framed windows opposite are treated with infrared protection to reduce UV light exposure on the works.

Gene says she has research-intense criteria for acquiring a work. First, there has to be a visual impact. Then, she has to know the history of the artist, the history of the geographic region where the work originated, and how the artist fits into that history. That leads her to the conceptual side: is the work conceptually rich enough? Finally, she needs to feel an emotional pull to the artwork.

Many of the artists whose works she collected, including the works that will be part of the Sherman | 100 auction through Bonhams—for instance, Janet Laurence, or Ai Weiwei—were also artists with whom Gene built relationships.

But in her gallery days, for those visually discordant client couples who lacked overlapping taste—colour versus monochrome, say, or abstract versus figurative—Gene reveals her strategy was to split responsibility for different rooms between each of them.

“Most people tried to find a compromise of some sort,” she says, then smiles: “Brian and I never had to [compromise]. It was just an interesting, lucky thing. We were very, very connected in our view of the world. We still are, sick as he is now—he’s very ill—we were drawn to the same things visually.”

Gene came from a household in which her father Eric, a journalist and entrepreneurial businessman— “he was very progressive politically, we all were really”—encouraged discussion about art, books and politics.

He bought art, and the first piece of art Gene can recall as a child was a large painting hung in the family home by South African artist Gregoire Boonzaier, depicting in grey tones a Sotho woman sitting in front of a traditional hut with a thatched roof and mud walls.

Meanwhile a maternal aunt, Sylvia Freedman, was an exhibiting and practising artist (Gene herself says she cannot paint), so the family often went to exhibitions. Gene’s paternal aunt, Sarah, immigrated to Australia in the 1950s. Gene’s father Eric decided his family should also move to Australia, prompted by the Sharpeville massacre in 1960, when police fired on a crowd of Black people, “a mowing down of young students protesting peacefully about conditions in the Black townships”, says Gene.

Coming to Melbourne in 1964 just before she turned 18 and attending Melbourne University, Gene found Australia claustrophobic and provincial: “I don’t know if I met the wrong boys, but they all seemed to talk about sport and drink too much.”

Returning to South Africa, Gene met Brian Sherman at Johannesburg’s Witwatersrand University. She was studying French literature, while he was completing a Bachelor of Commerce, and they shared progressive values from a humanist perspective. Gene would also study art history, and the pair would later discuss Sartre, when Gene was teaching existentialism.

In 1976, the couple migrated, this time settling in Sydney, after family members persuaded Gene that Australia had undergone significant cultural growth and was engaging more with the world—though she was shocked to learn of the existence of the White Australia Policy that had governed immigration for decades, and had only recently been dismantled by the Whitlam government.

Their contemporary art collecting “helps to frame my internal world, encouraging me to make sense of the external realities that impact my lived experience”, says Gene.

Does she mean art helps her unlock meaning in a world of chaos? “I find the world very chaotic, and my life has been very chaotic,” she nods. “I moved countries three times. When you speak more than one language, you get a very different sense of the world from another perspective.

“My Austrian family left well before the Second World War, but the rest of the family that remained were all murdered in the Holocaust. The world doesn’t feel stable to me. Not at all, it never has done.

“I was pregnant, I had a stillborn child at eight months. The doctor one day put his stethoscope on my stomach and said, ‘I think the baby’s heartbeat is gone’.

“John Howard once said about the refugees coming into Australia, ‘They’re queue jumpers’. You think, what safe, settled lives these [political leaders] have led. Do you think the [refugees] are queue jumpers? Is he imagining a post office with a queue? Which queue? It comes from a parochial, provincial, safe, settled childhood, which I’m very pleased he’s had, but not everybody had had exposure to that kind of world.

“So, I think for me, the ordering, this putting together [of art], it’s like a series of jigsaw puzzles for me, really. I like the feeling of clipping things together, and they fit,” she laughs.

The couple have two adult children: film producer son Emile, who has taken over the family finances, and daughter Ondine, the co-founder and managing director of animal protection institute Voiceless.

Have Emile and Ondine become art collectors too? “Not really,” says Gene, laughing. “Seven years ago, when I realised we did have to bring this collection down into something more manageable for future generations, I said to Emile and Ondine: choose what you like now, before I start unpicking this [collection] …

“Some of the things they chose were sentimental and nostalgic; not necessarily the most valuable at all. Once they chose their works, I then chose with Brian the 300, the legacy works: those works are not going anywhere, and the children would have to look after them and decide what to do with them when we’re no longer here.”

The Sherman | 100 auction will be held at Bonhams in Woollahra, Sydney on 11 May. 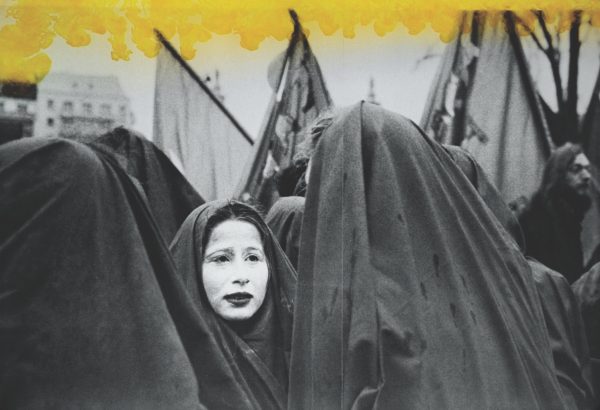