Terms like ‘preeminent’ and ‘renowned’ are applied liberally to artists’ bios – we can’t fault people in PR for doing their job but inevitably, those words do lose their lustre. Born in Melbourne in 1939, Gareth Sansom is one of the few artists that superlatives stick to, largely in part, says NGV contemporary art curator Pip Wallis, because “he has refused to adhere to any particular movement or style.” Rather, she continues, “he has moved lithely between influences from Francis Bacon to British pop art, from abstraction to figuration, and from weighty modernist themes to the cacophony of postmodernism.”

Sansom has had over 60 years as a practicing artist, and his work has largely appeared in the liminal space between two vast movements: modernism and postmodernsim. Says Wallis, he “closed one chapter and pre-empted another.”

A nuanced reflection on post-war Australian culture and hefty themes such as religion, sexuality and mortality run through his extensive body of work, which not only includes painting, but also drawing, photography and collage.

The curators of this retrospective have abandoned linear chronology in favour of grouping works by their concerns. Gareth Sansom will be the first chapter in a series of five exhibitions dedicated to contemporary Australian artists at the NGV this summer, which will also feature Del Kathryn Barton, Helen Maudsley, Mel O’Callaghan and Louise Paramor.

Wallis describes Sansom in person as both provocative and exuberant, a former Dean of the School of Art VCA, he has an “energy for ongoing discussion and learning.” His artworks strongly reflect both his character and in particular, his philosophical inclination. Rowdy, surreal, layered, Wallis says, “Sansom the artistic alchemist does not subscribe to ‘truth’ and yet, paradoxically, he returns again and again to the eternal questions of life, mortality and religion.” 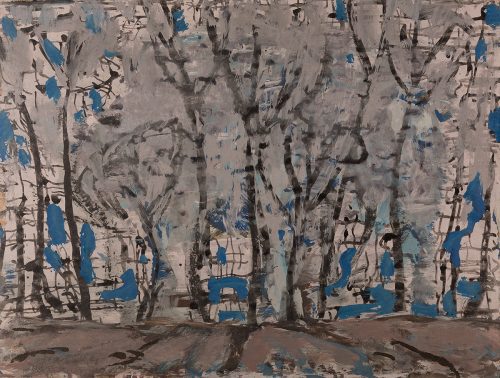 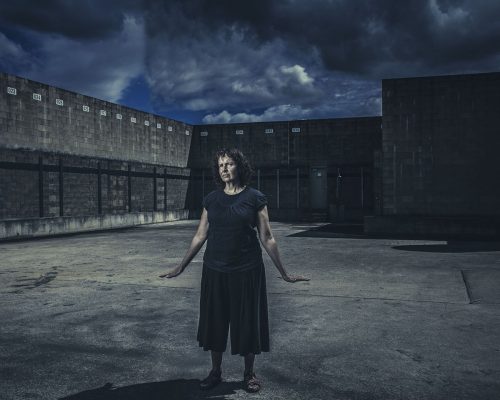