“Art to me is the celebration of impermanence,” Francesco Clemente once said. This is the core – the unadorned final pip of a Russian doll in his significant oeuvre that spans some four decades. His paintings dissolve at the edges both in the literal washes of paint and in their concerns – the elusiveness of memory and nostalgia.

Clemente was born in Naples in 1952 and first visited India in 1973; he now divides his time between Varanasi, India, and New York City. As such, notions of the exotic loom large for the artist, not as the ‘other’ but as a meeting between the self and surroundings. The ‘exotic’ is intimately experienced and then processed through his work.

Encampment, which pulls up to Carriageworks at the end of July, takes the shape of a sprawling series of six tents. As far as human dwellings go, tents are the embodiment of Clemente’s chief concerns: transience and impermanence.

The tents are sequenced, opening up narratives, as the artist suggests, becoming “a short story of making and unmaking an identity”. The viewer here is very much an active participant: even when faced with a tent wall of Clemente’s self-portraits, they not only see, but also are seen. Miall adds, “The tents are intended to be briefly occupied by visitors… they offer a transformative experience to the viewer.”

“It is the encampment of imaginary tribes,” Clemente said when Encampment made its first stop at Mass MoCA last year. “Maybe these 108 works are the book of these tribes.”

Tents are loaded with meaning and are flexible in function – as a place to rest, to see a spectacle, to find refuge, to call home; they appear in forms ancient, exotic, utilitarian and increasingly high-tech. In the case of the Occupy movement or a humanitarian crisis, they become political. As such, Taking refuge is the name of the third space in this work, though it only struck Clemente that tents are “where refugees actually live” later. His process is creation first, research second.

After completing the work, Clemente picked up a Bible and scoured historical Western paintings of battle scenes for depictions of tents. As in Exodus, the tent is also a tool of escape from enslavement: “And thou shalt make an hanging for the door of the tent, of the blue, and purple, and scarlet, and fine twined linen, wrought with needlework”.

Alongside the tents are four sculptures, appearing like sign posts or altars that reference contemporary life. Of these, Hunger, 2014, speaks of today’s enslavement – the culture of consumerism. Emblazoning a flag are Debord’s words, which call out the alienated modern condition: “The spectator feels at home nowhere, because the spectacle is everywhere.”

Despite this, a sense of joy permeates Clemente’s work as well as his words. “If you have a past,” he begins in a 2012 video by the Tate Gallery, “you will believe in the future, that the future will be more interesting than the present.” Optimism – rendered in vivid colour and in scenes where winged figures experience pleasure under pastel pink umbrellas – reigns in Encampment.

The interiors of the tents are rendered in a stylistic extension of the neo-Expressionism movement that Clemente helped pioneer in the 1980s, side by side with such luminaries as Anselm Kiefer and Julian Schnabel. A counterpoint to minimalism then as they are now, Clemente’s figurative paintings are rich in narrative detail and symbolism. Prolific in his output, he painted hundreds of works for Alfonso Cuarón’s 1998 film Great Expectations and has had recent shows at the Uffizi Gallery, Guggenheim Museum and Centre Pompidou, just to name a few.

The works in Encampment are a kind of geographic mapping of Clemente’s own life. Though wary to accept the term ‘nomad’ for himself, the artist has created a bejewelled transit stop, to fill up spiritually and visually. 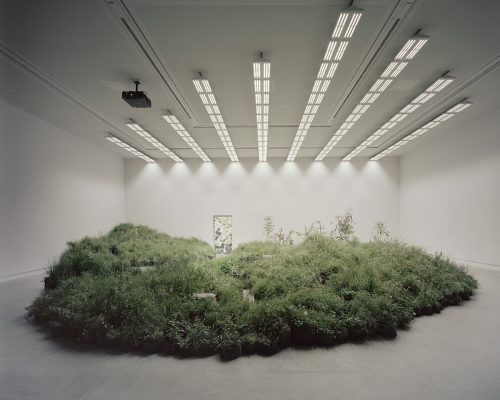 Melbourne-based artist Linda Tegg has joined forces with Baracco+Wright Architects as creative directors for the Australian pavilion in the 2018 Venice Architecture Biennale. The project, titled Repair, features thousands of native Australian grasses. Tracey Clement spoke with the artist while she was in Venice preparing for the grand opening. 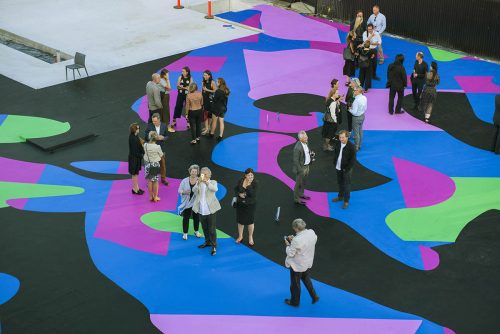 Yesterday it was announced that the Lyon Housemuseum in Melbourne’s leafy suburb of Kew would undergo a major expansion with the $14.5 million project financed by the benefactors – the Lyon family.