Uncanny is one of those words that gets used and abused, without regard for its subtle nuances. It’s often inserted as a synonym for weird, mysterious, or even just unlikely. But the uncanny is so much more interesting, complicated and specific. Since Freud’s 1919 essay, Das Unheimliche, the uncanny has been about the unsettling sensation of finding the familiar strange.

Directly translated, the German term unheimliche becomes ‘un-homey’ and the notion of home is central to the exhibition Familiar Stranger, which features work by Veer Munshi, Chun Yin Rainbow Chan and a diverse range of international and Australian artists. This group show addresses an aspect of the migrant experience that curator Mikala Tai says is usually neglected in public discussion.

“Australia is full of exhibitions and conversations about the act of migrating, and being a refugee,” she explains. “But, we don’t ever talk about the fact that for many, they don’t ever allow themselves to think about the possibility of going home. Or, if they are able to go home, there is quite an odd experience of returning somewhere and it doesn’t match the stories you’ve heard, or the constructed idea that you have in your mind. However, you are uncannily familiar with it at the same time.”

Yet home exerts an irresistible pull, and negotiating this experience is something that all of the artists in Familiar Stranger share. In fact, the desire to return is so strong that it can be passed down through the generations to the children of migrants. “One of the artists that I am working with, Chun Yin Rainbow Chan, she is returning to a place that she has never been,” Tai says.

Rainbow Chan is part of the Chinese diaspora. Born in Hong Kong and raised in Sydney, Chan visited her ancestral home, Mainland China, for the first time last year. In Familiar Stranger she expresses her complex encounter with the uncanny through language. Chan writes text in English then translates it into Chinese characters using software algorithms such as Google Translate. In this way, the meaning of her words is literally lost in translation. Chan then presents this nonsensical script as pen and ink calligraphy on a very long scroll. Like the process of adjusting to a new place, or coming to terms with the impossibility of ‘going home,’ Chan’s piece is a work in progress that will continue to develop throughout the exhibition.

Kashmiri artist Veer Munshi left the state in the 1990s as part of the Pandit exodus of Hindus fleeing persecution. In 2008 he was able to return. In his split screen video, Leaves Like Hands of Flame, 2010, we see Munshi’s feet as he tries to retraces his steps, and his old home now totally dilapidated.

Tai, who was born in Australia but spent 10 formative years in Hong Kong, explains that talking with Munshi was what sparked the initial idea for Familiar Stranger. “We spoke a lot about his family history and my family history,” she says, “and migration and about the fact that both of us have been able to return to places that our families have been from.” But of course, like Tai, and all of the artists in Familiar Stranger, Veer found that going back is never quite what you expect. 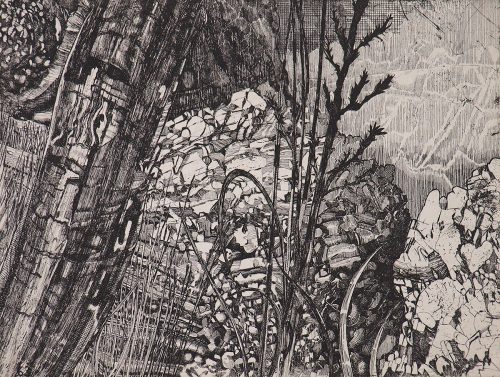 In a career spanning over forty years, Raymond Arnold has continuously explored how we see and represent landscape. 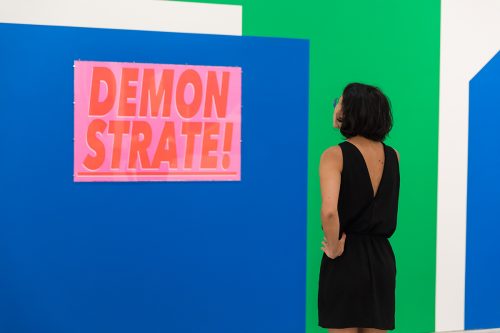 Born in Canada, Ciara Phillips has lived in the Scottish city of Glasgow for some time. Since its first modest outing in Hamburg, her ongoing project Workshop has made eight further appearances and the MCA installation is the latest incarnation of this experimental series.