With a practice encompassing video, performance and installation, Eugenia Lim is an Australian artist of Chinese-Singaporean descent. Lim’s major exhibition The Ambassador is currently touring Australia, and brings together works featuring her invented persona, also called the ambassador, who she inhabits across multiple videos, performances and sites. Tiarney Miekus spoke to the artist about her ambassador character, subverting cultural stereotypes, the importance of humour in art, and how creating is linked to ethics.

Eugenia Lim: The ambassador has been this performance persona that I have inhabited over the last five or six years. The ambassador first emerged when I was researching for Yellow Peril [a 2015 video work] and was exploring the migration stories of Chinese and Asian people to Australia during the gold rush.

At the same time, I’d been heavily influenced by a series of photographs by a Hong Kong artist, who has now passed away, called Tseng Kwong Chi. He had this amazing photographic series called East Meets West. In it he dressed as this Chinese diplomat character in a grey Mao suit and took pictures of himself in front of key monuments of Western architecture and European symbols. He took over 200 photos of himself in these different sites, and I really love the humour and suggestive nature of his character.

A lot of my work is a dialogue looking back at art history and at works that have had an impact on me. I saw his [Tseng Kwong Chi’s] diplomat character as something that I could transport into the Australian context, into the 21st century, as a feminist, as a woman who is second generation Australian.

TM: When you place yourself into your videos, it’s always as an invented character. You show yourself, but then you conceal yourself at the same time, and then further blend fiction with historical events. What compels you to that area between reality and fantasy?

EL: Performing in my own work was quite a challenge. It’s not something that I necessarily wanted to do, but I had access to using myself in a way that made it easier to explore these zones of ambiguity or discomfort, rather than getting a trained actor. It felt right to go into these spaces of uncertainty. I’m not trained as an actor or a dancer, but it allows a space where the ambassador character is an observer, but can also be connected to the history of certain sites and contested areas.

Much of my work is about trying to understand my own complicity. For example, understanding Australia, which is a hugely contested nation built on terra nullius, and understanding this ongoing complexity that we’re trying to navigate. As someone who is neither Indigenous nor Anglo-Australian, it’s an interesting tension. I think my work, as time has gone on, is really trying to unpack this as someone raised in Australia on colonial myths.

TM: You’ve talked in past interviews about how performing as a persona allows you to destabilise what’s expected of you as a female Asian-Australian. What did you feel was being expected and how has art allowed you to subvert that expectation?

EL: I think we still see too few people of colour and Asian-Australians in the media, whether it be television, film, as journalists and in the arts. For me, using my image or appearing on screen is, on the one hand, tapping into expectations or stereotypes of what it is to see an Asian face on screen, but then my work is also about trying to expand or subvert those stereotypes so that they [the audience] can’t quite pinpoint this ambassador character.

Often when we see depictions of people of colour or First Australians or non-dominant groups in the media, it’s still so two-dimensional, or they’re playing into a trope like ‘the good migrant’ or ‘the kid from the wrong side of the tracks.’

These are very flat portrayals because often the people making these decisions or writing these scripts are the people still in positions of power when it comes to cultural portrayal.

For me as an artist, my work is a way for me to create a much richer and expansive view of what it means to be Australian.

TM: I feel like an iconic part of the ambassador is the gold suits that you wear. There’s a serious, Mao-inspired version, but then also a fantastic beach suit. Why the gold suits?

EL: It really did come from that love of that diplomat character I mentioned before by Tseng Kwong Chi. He basically had a Mao suit that he wore one night to dinner, and people started treating him like an amazing foreign diplomat.

I just love how taking on this formal but culturally specific suit could shift the way that people engage with you. It just seemed right for this persona [the ambassador] who was going to be traveling, unpacking and discovering contemporary Australia. The gold comes from an interrogation of mining gold and the pursuit of wealth, not only for the European gold diggers, but also Chinese people as well.

And with the swimsuit, that was just super fun. I loved the idea that the suit could also have a summer version, a winter version — we even made pyjamas as well, which didn’t make the cut.

TM: And it feels like that humour is such a big part of your work. It’s so intelligently witty. Has that always been intrinsic to your practice?

EL: I’m glad you feel that way, because it is really important to me. It’s never that I want to be only joking — so it’s a really good way of putting it, that balance between intelligence and humour, because I’m using humour as a universal entry point for people, no matter what their backgrounds. But I do always think about whether it [the artwork] is an absurd image or an absurd action that can take place in the everyday.

I think a lot of the work comes from having familiarity with certain parts of Australia, or thinking about the spaces that I grew up in, the architecture of the city — all of these things that I know and feel quite familiar with seeing. But then also imagining what would happen if some action happened that was completely absurd in that context. It’s like, imagine how would it be if we walked backwards through this space while everyone was just going from A to B. Or what would it mean to crack out some calisthenics at Federation Square as everyone is going to work. Things that seem really ludicrous and quite silly, but at the same time they’re able to intervene in the everyday and stop people in their tracks.

TM: With that absurdity, you often link questions of identity to capitalism and the concept of the worker, and it seems like you find those economic concerns as important as they are absurd. Sometimes it feels as if you’re almost overwhelmed by the absurdity.

EL: Definitely. As I’ve continued to explore themes of identity, it has made me realise how interconnected the economic and the political, and class and culture, all are. Especially as questions of identity politics have become almost weaponised, by both the left and right, I’m more interested as time goes on in finding solidarity.

It’s more about how you can come together in issues of equality and social justice, rather than remaining apart within specific and very particular identities.

As my work continues, I keep trying to learn more about how economics is underneath everything, especially living with capitalism and neoliberalism — how do all of these things intersect? I guess it is quite overwhelming. And often the work is about that idea of unpacking complicity or understanding how to live in these contexts in a way that feels remotely ethical, or remotely sustainable, despite all the injustices.

TM: That question of how to live – it’s such a big ethical question and I get the sense that for you being an artist is as much a moral endeavour as it is about being creative?

EL: Morality is an interesting one, isn’t it? For me, art is so intimately linked to ethics or what we choose to value or how we see ourselves in relation to other people. The more I work as an artist, the more intertwined it does feel in terms of the values that I have as a person. I feel like those things [art, life and ethics] can’t really be separated, especially because the work is trying to examine or go deeper into ideas of inequity or social justice or untold histories.

TM: Your touring show The Ambassador opened before Covid-19 and before the recent Black Lives Matter protests. With the show reopening again, do you now feel differently about it?

EL: I think I’m still processing. We’re still living through the pandemic. It’s a very interesting time because we don’t have any benefit of hindsight. We’re still taking it day by day and it feels like the Black Lives Matter movement and the fight for Indigenous sovereignty here in Australia — they’ve been here a long time.

For myself, anyway, I’ve definitely been aware of those movements for a long time, but now it feels like an incredibly important moment to seize. And again, it’s a moment to understand my position and the privileges that I’ve had. I think in terms of the work: time will tell.

I hope that the show [The Ambassador] can continue to bring discussion that is hopefully nuanced, and still retains a sense of ambiguity and openness and humour. That idea of finding common ground or finding solidarities is so important to me, and I think it’s increasingly important now as the world does get more and more polarised. We really need art, you know. We need space for contemplation and for coming together.

The Ambassador is a 4A Centre for Contemporary Asian Art and Museums & Galleries of NSW touring exhibition. 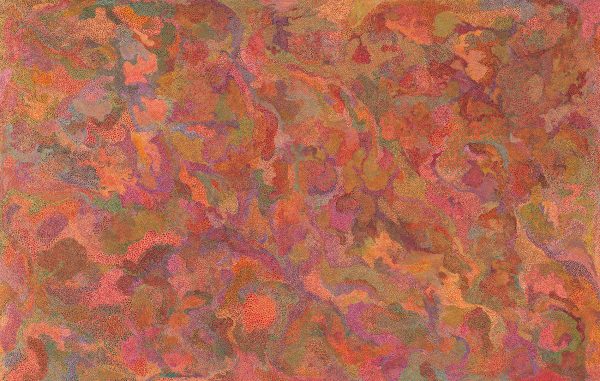 The Pilbara is known as Western Australia’s ‘mining powerhouse’, but this is changing. Bringing together 70 artists across the Pilbara, Tracks We Share at the Art Gallery of Western Australia shows the manifold stories and art of the region.