Playful sculptures, relational installation and philosophy feature in Emily Floyd’s exhibition at Anna Schwartz Gallery. Underscoring this is an interest in the archive and its depiction in the contemporary art realm.

The Hungarian philosopher Ágnes Heller (a member of The Budapest School who were originally Marxist thinkers in Hungary in the 1960s before being exiled to Australia between 1977-1986) is a crucial influence on the exhibition. “When I went to university people were complaining about theory and saying that it’s very elite,” says Floyd. “But my experience is that people who have struggled need theory… in my work, I’m interested in making spaces that can translate and provide a space for it.”

Floyd’s solo show Anti-totalitarian Vectors is comprised of a sculptural installation and series of prints whose graphics are based on journal and book covers of texts by György Lukács, Ágnes Heller and The Budapest School. Philosophical motifs are drawn from Heller’s writings and take the form of toy-like sculptural objects that can be likened to the illustrations in ‘Introduction to Philosophy’ books, which Floyd cites as an intention. “Agnes Heller employs a particular motif in her 1993 book A Philosophy of History in Fragments,” says Floyd. “She describes a cast of characters that come onto the stage, acting in dialogue, and addressing specific concepts. Thinking about how this idea might apply to contemporary sculpture and installation, I imagined the objects in the exhibition as philosophical characters, each imbued with a theatrical sense of animation and having something to say.” 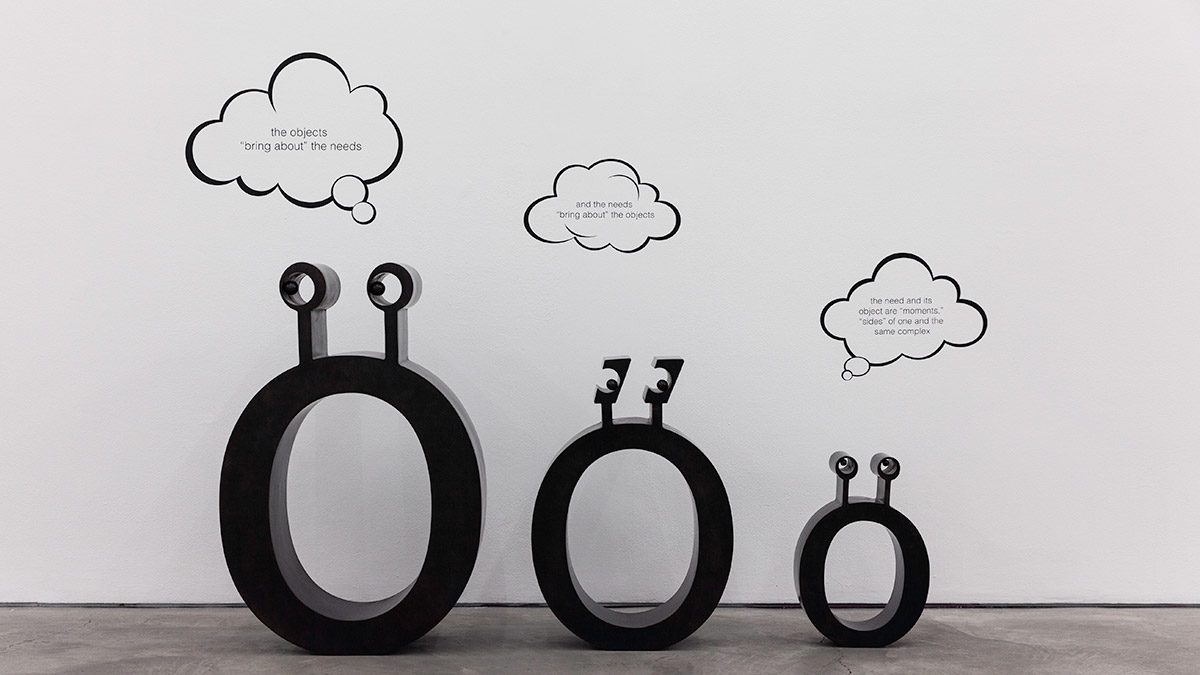 This small slew of characters includes umlauts – black sculptures that take on a ‘O’ form adorned with comical googly eyes. Umlauts bring together two vowels in Hungarian and German, which has metaphorical resonance. “They are relational, which is interesting in terms of contemporary art and sculpture which kind of affirms a relational space where people come together,” says Floyd. Speech bubbles emerge from these umlauts, filled with quotes by Heller which Floyd chose for their current relevance.

“When I look at a fragment of text I always think ‘what can it say about the present situation, what can it mean ‘now’? For example,” explains Floyd, “the fragment ‘catastrophe is repetition and repetition is catastrophe’ might speak to contemporary conditions that have given rise to populist figures including Donald Trump and Viktor Orban, whereby many people are thinking ‘are we back somewhere in the past, in the eras preceding the second world war, is history repeating itself, or is this a completely new phenomenon?'”

Floyd also presents Owl of Minerva, which stands over 1.5 meters high, a sculpture based on a Hungarian graphic of an owl holding a light bulb. Originally carved from wood then scanned and fabricated by a robot (a year-long undertaking) the work continues Floyd’s interest in thinking about non-human approaches to sculpting. The owl itself stands for the classic symbol of knowledge. For Heller (after Hegel) philosophy is viewed as the owl of Minerva, which casts a retrospective glance as it flies into the sunset. “Speculative thinking is this speculative glance,” says Heller, a sentiment which feels apt in our current times. 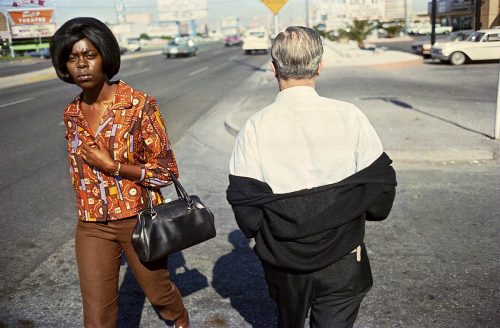 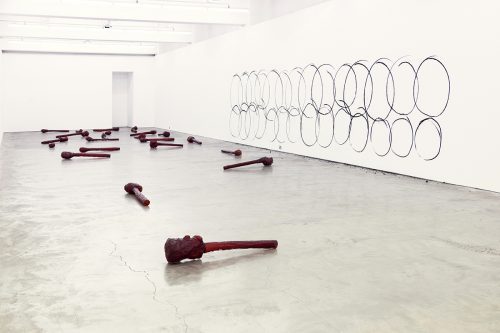 In the new exhibition at Anna Schwartz Gallery, KINDNESS IS SO GANGSTER, a part of the Melbourne International Arts Festival program, Parr presents his likeness in a new medium: glass.