On 26 January 1788, the first ‘Australia Day,’ the long shadow of the British Empire reached the shores of Terra Australis. Captain Arthur Phillip, in the company of some 1500 convicts and soldiers who had journeyed across the globe in 11 ships, founded a colony in Sydney Cove.

But, as the recent campaign to change the date of Australia Day reminds us, one man’s ‘first fleet’ is another’s invasion force. The Empire may have arrived but Indigenous Australians fought back. And as Defying Empire: 3rd National Indigenous Art Triennial at the National Gallery of Australia (NGA) makes clear, after more than two centuries of occupation, the struggle continues.

Tina Baum, member of the Larrakia, Wardaman and Karajarri peoples of the Northern Territory and Western Australia and curator of Aboriginal and Torres Strait Islander Art at the NGA, explains that the title Defying Empire came out of her research into the first contacts between the foreign invaders and Aboriginal Australians.

“What struck me in particular was the official early written records and how it was frequently noted that Aboriginal people were defying the authorities, the Empire,” she says, “Defying Empire also correlated with the fact that we are still here, still defying other’s notions of who we are as Indigenous peoples today. Defying Empire is a celebration recognising and acknowledging the strength, diversity, and the ongoing resistance, and defiance of Indigenous people today through our contemporary art.”

The 3rd National Indigenous Art Triennial includes works by just 30 contemporary artists. “I could quite easily have chosen more as the array of talented and engaging Indigenous artists currently practicing is phenomenal and inspiring,” Baum says. “I really wanted to focus on those artists who were living away from their homelands, based in cities today and on the east coast where the invasion of Australia by the British started.”

In addition to 1788, the other date at the heart of the 3rd National Indigenous Art Triennial is 1967. Just 50 years ago this year, the 1967 Referendum ensured that Aboriginal citizens would be counted in the census. “All the works in the show embody the dual notions of Defying Empire and the 50th anniversary of the 1967 Referendum,” Baum says.

However, according to Baum there are several works in the show that explicitly draw on the significance of 1967. She cites Assimilated Warriors, 2014, by Karla Dickens, which she says “references the nameless Aboriginal men who, smartly dressed in their suits, campaigned for the ‘Yes’ vote.” Baum also notes Tony Albert’s work Thou didst let fall, 2015, a large-scale sculpture of a gun, which refers to the inequality faced by Indigenous soldiers, both before and after the Referendum; Maree Clarke’s, Made from Memory (Nan’s house), 2017, a holographic recreation of her grand-mother’s lounge prior to the Referendum; and Sandra Hill’s collaged piece, Double Standards, 2015, which highlights discrepancies between the living standards of Aboriginal and non-Aboriginal people in Perth prior to 1967.

“The 50th anniversary is bittersweet because it took so long for the recognition to happen and for unifying changes to occur across the country,” Baum points out.

“It’s bittersweet because much of that ‘gained’ from becoming citizens has not been translated equally to this day. Access to basic services like clean drinking water, electricity, adequate housing, medical, employment and education that is afforded to other Australians (despite where they live) is still lacking to many Indigenous individuals and communities. There is still a lot of work to be done in many areas.”

Of the 30 artists in Defying Empire, 13 were born prior to the 1967 Referendum and 17 were born after. Karla Dickens was born the very same year. The Wiradjuri woman says that to her, the 50th anniversary is not so much a celebration as a reminder that, “It’s 50 years on and the artists in this show have a voice. And a lot of them have a large voice. Fifty years prior, Indigenous Australians, their voice wasn’t heard.”

She continues, “It’s not always heard today.” Dickens describes the ongoing inequalities in Australia as “exactly flabbergasting” and says, “that’s why the title Defying Empire is so apt, so perfect. We are still here.” And still fighting.

In his painting, Untitled (DOC), 2016, Daniel Boyd pictures this struggle as a pitched battle between British soldiers and near-naked warriors. Boyd has lifted the scene from Johann Zoffany’s famous 18th-century painting of the death of Captain Cook. A dark threatening mass looms over the carnage; there are casualties on both sides. In her video, Hunting ground (Pastoral) Van Diemen’s Land, 2016, Julie Gough overlays colonial etchings of seemingly bucolic landscapes with scarlet X’s indicating sites where ‘blacks’ were shot. The peace of one otherwise pretty scene is shattered by more than 35 blood-red marks. In his installation, Black days in the Dawson River Country – Remembrance gowns, 2016, Dale Harding presents dresses died black in an act of mourning. Together, these artists picture defiance as both brutal and bloody.

But as Baum is determined to highlight, the very presence of each and every artist in the 3rd National Indigenous Art Triennial, like that of every individual Indigenous Australian, is an act of defiance.

“We defy by existing,” she says. “We have never stopped defying, we have always maintained our connections to our identity and where possible Country, language, and cultural practices. I do believe that contemporary Indigenous art is defiant in positive and empowering ways.” 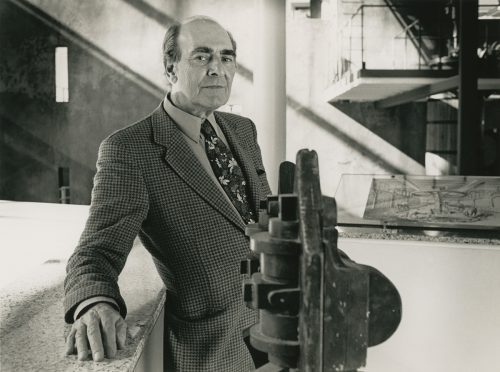 Robert Klippel mixed with the greats and is regarded as one of their number. Here we see the humble face of the sculptor. 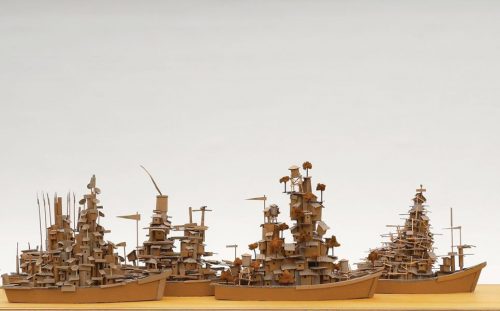 In recognition of the important links between Filipino cultural practices and Australia, Mosman Art Gallery is currently showing Halò: an exploration of imperialism, beauty pageants, migration and uncertainty.