Hugo Michell opened his eponymous gallery in Adelaide at a hazardous time – it was late in 2008, and the GFC was in full effect. Galleries around Australia were closing, but Michell persevered under the advice of his mentor, Jan Minchin of Tolarno Galleries. He recalls Minchin saying if he made it through that, he could make it through anything. And make it he has.

The gallery commemorates its 10th anniversary with the group show Decade: Celebrating 10 Years of Hugo Michell Gallery. Decade features work by all of its represented artists: 23 in total, including 13 from the gallery’s earliest days. Though Michell says the exhibition premise itself is simple – the artists responding to 10 years of the gallery – he adds that all the artists have created new works for the exhibition. It’s going to be big.

For example, Lucas Grogan is creating a vast mural at the back of the gallery, to be a permanent fixture. Michell says Grogan has always wanted to paint a mural in the gallery – this seemed like the perfect occasion for it.

Richard Lewer, who has been with the gallery for nearly a decade, is taking a different approach. Michell met Lewer 11 years ago, and at the time of their meeting Lewer was painting Ten Days in Gunbalanya, which then became his first exhibition at Hugo Michell Gallery in 2009. As a tribute to the decade that has been, Lewer revisited Ten Days in Gunbalanya and painted three new paintings based on the series for this exhibition.

Looking back at the decade gone, Michell says it’s hard to measure highlights, but he is incredibly proud of the enduring relationships he’s built with his artists over the years, and equally proud that he continues to represent many of the artists he first signed on. “It’s nice to look back and see that the list you begin with is still something you really believe in,” Michell says.

This article was originally published in the Art Guide Australia November/December 2018 print edition. 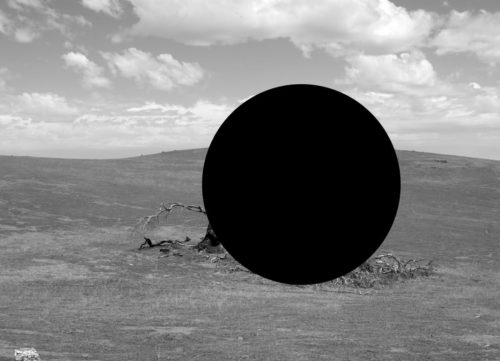 The 2021 Adelaide//International features works by James Tylor, Fayen d’Evie, Taloi Havini and Jesse Jones. Together, at the Samstag Museum of Art, they ponder what a more equitable future might hold. 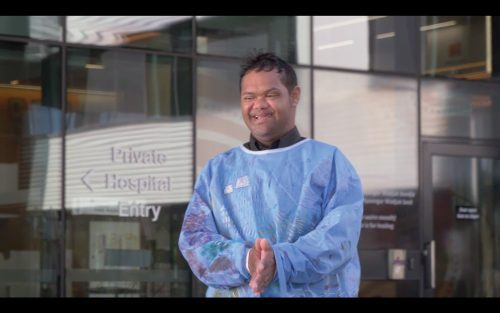 The vibrant multi-disciplinary works of Noongar artist Patrick William Carter are, in their way, love stories: love of family, music, Country and culture.