Janet Tavener is a Sydney based artist and educator working with both photography and sculpture. Since 2002, her practice has explored the geopolitics of food production and distribution in both contemporary and colonial Australia. Janet often works with heirloom fruits and vegetables, juxtaposing them against modern varieties, and she uses melting ice as a metaphor for the fragility of our planet. Janet holds a MFA from UNSW and has exhibited nationally and internationally. 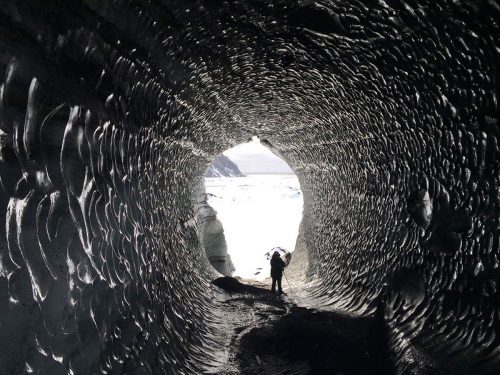 Sydney-based artist Janet Tavener is known for her eerie and elegant photographs of melting ice sculptures. So a trip to Iceland seemed inevitable.