Anna Kenny is a consultant anthropologist who has been based in Alice Springs for over 24 years. Between 2012 and 2016 she was an Australian Research Council postdoctoral fellow in the School of Archaeology and Anthropology at The Australian National University. Anna has conducted field research with Indigenous people in the Northern Territory since 1991, as well as in Queensland and Western Australia. She has written 12 Connection Reports for Native Title claims and is the author of a book on Carl Strehlow’s ethnography, titled The Aranda’s Pepa: An Introduction to Carl Strehlow’s Masterpiece Die Aranda-und Loritja-Stämme in Zentral- Australien (1907–1920) (2013) and the coeditor of German Ethnography in Australia (2017). Currently she is working on a book about T.G.H. Strehlow and Arandic ethnography called Shadows of a Father. 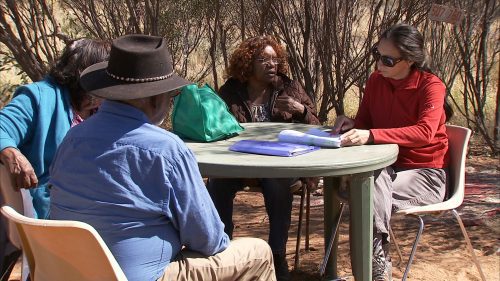