In 2010, Cornelia Parker was honoured with an Officer of the Order of the British Empire (OBE) formal (royal, even) recognition of her excellence as an artist. Looking at her curriculum vitae, it seems clear that the English artist never really seriously considered any other career. Born in 1956, Parker enrolled in art school while still in her teens. She completed her first degree in fine arts by the time she was 22 years old and added an MFA four years later. Since then she has been awarded three honorary doctorates from English universities. Parker is an artist whose achievements are fully acknowledged, yet she might also have made an outstanding CEO, diplomat or hostage negotiator; the artist has an almost preternatural ability to bend those in power to her will.

As early as 1989, long before she was anything resembling famous, she somehow persuaded authorities at St Pancras Station in London to allow her to tie hundreds of handkerchiefs, threaded through suitcases, to the side of a functioning train. Titled Left Luggage, the driver activated/destroyed the artwork when the train pulled out of the station. In 1991, she convinced the British Army to blow up a garden shed for her. Parker then arranged the fragments, suspended as if mid-explosion, in a loose cube form around a naked lightbulb. The result became what is perhaps her best-known work, Cold Dark Matter: An Exploded View. And she’s still at it. In 2017 she was appointed the official election artist for the snap UK election. In this role she managed to get permission to fly a drone through the House of Commons to shoot her video, Left, Right & Centre, 2017. In a UK Parliament film about the project, even Parker seemed surprised that they let her do it, but then she admits, “I think I’m quite a naughty artist.”

Asked if she agrees with the artists’ selfdescription, Rachel Kent, curator of the major retrospective Cornelia Parker at the Museum of Contemporary Art, laughs. “Yes, yes she is. But in a lovely way. She’s playful.” Parker is also clever and mischievous. Both intelligent and subtle, her collaborations with those in power often subvert their authority.

“There are politics that run right through the work. It is very persistent,” Kent explains. For Parker, she says, “the world is not stable, it’s not grounded, there is this sense of chaos, of constant change and flux. And that’s why she creates pieces that are at a very fine point of tension between stability and disorder.” This can be seen in the MCA show in early works like Cold Dark Matter, which is literally a state of flux suspended, and Thirty Pieces of Silver, 1988–1989, in which silver-plated vessels, musical instruments and implements – all crushed by a steam roller – seem to hover in pools above the gallery floor. This ongoing interest in order and chaos has always been a political voice, Kent says, but lately it has become more overt.

In 2015, this manifested in a work that examined law and lawlessness (and implicitly questioned who the law serves and who benefits from the justice system), which Parker was commissioned to make by the British Library for the 800th anniversary of the Magna Carta. Although this 1215 text tends to be venerated as early legislation ensuring civil rights, as Kent points out “it wasn’t actually a particularly fair document; it’s all about the barons and protecting their power.” For her Magna Carta (An Embroidery), Parker invited people on both sides of the law (prisoners, members of the judiciary, whistle-blowers such as Julian Assange and Edward Snowden) to stitch a 15-metre-long facsimile of the Wikipedia entry for the Magna Carta, a truly democratic platform in which anyone can participate.

Another underlying theme for Parker, according to Kent, is violence. Indeed, there is a dark current that runs through much of her work; all those explosions, all that crushing, or the thwarted potential of her Avoided Objects series – things whose function has been arrested by aggressive interventions, including burning, melting and extruding. And violence and politics meet head on in the surprisingly serene confines of one of Parker’s most recent large-scale installations, War Room, 2015.

Conceived of as a memorial to mark the 100th anniversary of World War I, War Room resembles the interior of a rather grand tent draped with strips of perforated red paper. “It’s this beautiful red cathedrallike space,” say Kent. “The strips are double hung so there is a kind of shadow or moiré effect, so it isn’t necessarily clear immediately what it is.” But, with the help of an accompanying film, War Machine, visitors slowly come to realise that each hole has produced a red paper poppy for Memorial Day. Each void marks the death of one of the millions killed in war. Like much of her work it is subtle, poignant and political. As an artist, Cornelia Parker speaks truth to power. 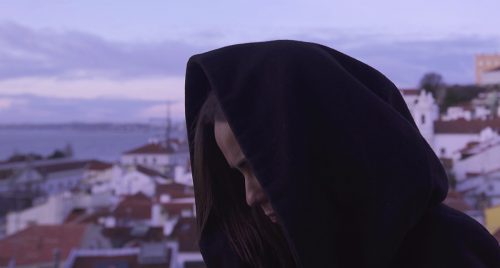 In Forgiving Night For Day, Capone’s new exhibition at Perth Institute of Contemporary Arts, saudade is palpable. Every note of it hangs in the air.

Artspace is embarking on a yearlong project with no gallery, no borders and no holds barred.