She was a warrior woman, a poet, academic, photographer, community activist, radio broadcaster and theatre producer. What Lisa Bellear, a Goernpil woman of the Noonuccal people of Minjerribah (Stradbroke Island), achieved in her short lifetime was nothing short of inspiring.

Now, a decade after her death, an exhibition at the Koorie Heritage Trust (KHT) pays tribute to Bellear’s work by assembling selections from her poetry and around 500 of the photographs she took at the many community events she attended every week.

Kim Kruger, an arts manager, festival director and radio broadcaster who is also Bellear’s cousin, worked with artists Destiny Deacon and Virginia Fraser on this exhibition, Close To You: The Lisa Bellear Picture Show. The three guest curators chose photographs from the staggering 20,000 images held in the Lisa Bellear Collection at the KHT.

“It was like she actually lived in the community, if you know what I mean,” Kruger says of Bellear’s prodigious commitment to the Melbourne Aboriginal community. “She was always somewhere, she was hardly ever at home.”

Bellear was a member of the Stolen Generations and was adopted into a white family after her mother died. “She always had a very strong passion for social justice because of being adopted out and separated from her culture,” Kruger says. “She studied to become a social worker because she wanted to help people who were in her situation, and she always had a very strong interest in photography and media.”

Bellear co-founded Not Another Koori Show on radio 3CR and she was a long-time community radio broadcaster. According to Kruger she used both broadcasting and photography as a way to raise the voices of the unheard.

The exhibition features photographs from events including NAIDOC Week, National Sorry Day and Mabo Day. “She was always interested in how Aboriginal people weren’t really represented in the media in a positive way, so a lot of her photos were about documenting the events that were important to us,” Kruger says.

“Her main thing was speaking up about injustice and making sure that Indigenous perspectives were heard and not railroaded by non-indigenous people,” Kruger says.

NAIDOC Week was Bellear’s favourite time of year. A time, as Kruger puts it, “when the community comes out and celebrates rather than always having to be in protest.”  But Sorry Day, which commemorates the Stolen Generations, had personal resonance. “When she came into the community some of the most important photos to her were pictures of her mother, who died when she was a baby. She talked about how pictures help you connect to your history and your identity.”

Bellear might attend 10 events in a week and would usually be seen carrying envelopes of photographic prints to share with the people in the photos. In a very real way she facilitated her community’s connection to history and identity.

Images Bellear made at the Camp Sovereignty event in 2006 which promoted the Black GST during the Commonwealth Games, not long before she died peacefully and suddenly from a heart attack, represent a significant and largely unseen body of work.

As Kruger points out, Lisa Bellear’s images didn’t belong to her as a photographer, but to her community. Now they’re being shared again.

Close To You: The Lisa Bellear Picture Show
Koorie Heritage Trust
21 May – 17 July 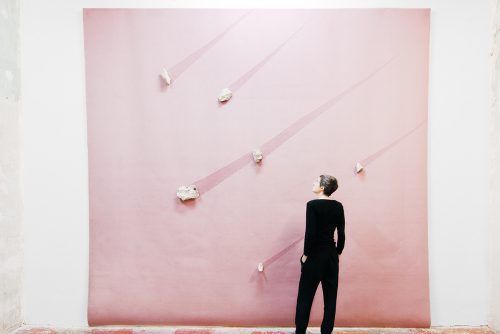 From Berlin to Melbourne – history, place and the provenance of everyday materials tie together the practice of Catherine Evans. 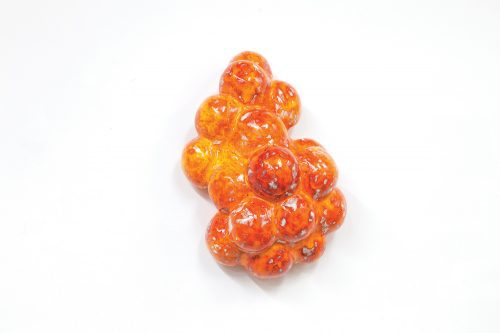 Claudia Terstappen is known for her photography, but recently she has started working with ceramics as well.