In 1829 Lieutenant Robert Dale arrived in Australia from England on board the HMS Sulphur. As an ensign in the British Army, Dale assisted the Surveyor General and partook in expeditions through King George’s Sound in Western Australia, creating numerous drawings of the landscape. One result was Panoramic View of King George’s Sound, Part of the Colony of Swan River, a three metre print assembled from eight etchings.

Dale’s image of King George’s Sound and its romanticised depiction of harmonious relations between settlers and natives, is a major reference for Christopher Pease’s new paintings in Minang Boodjar. A Minang/ Noongar man from Western Australia, Pease creates multi-layered paintings combining traditional Indigenous stories with 19th-century colonial narratives, powerfully subverting images like those produced by Dale and his contemporaries.

Described by Gallerysmith director, Marita Smith as Pease’s “most important series to date,” Minang Boodjar is thematically focused on the contrasting notions of ownership, kinship and history in Indigenous culture and contemporary Western society. To illustrate this divide, Pease recreates sections of Dale’s King George’s Sound with oil, resin and ochre, overlaying the landscape with linear patterns similar to architectural blueprints.

In Souvenir, 2016, Pease’s overlaid lines trace the geometric facial recognition pattern of a human skull while in Bidi Karta Werda, (Path Across), 2018, they recall the 1997 journey from Liverpool to Perth undertaken by the repatriated remains of prominent Noongar warrior, Yagan, whose smoked head Dale took to England after he was killed by a settler. In the process of visually reimagining the context of these events, Pease challenges the canon of colonial art and how it represents history and Indigenous cultures, ultimately laying bare the true provenance of Australia. 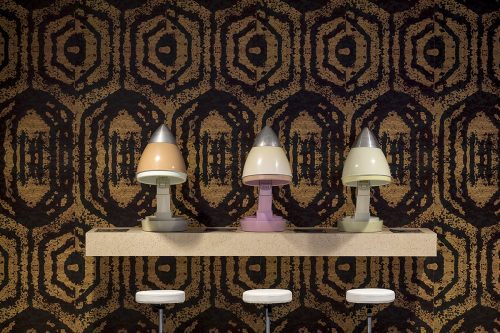 “The past is a foreign country: they do things differently there,” or so goes the oft-quoted first line of LP Hartley’s 1953 novel, The Go-Between. But when it comes to video art, the past is more like a galaxy far, far away. This is made abundantly clear in Cinemania, a survey show spanning three decades of video and photography by New Zealand artist Lisa Reihana. 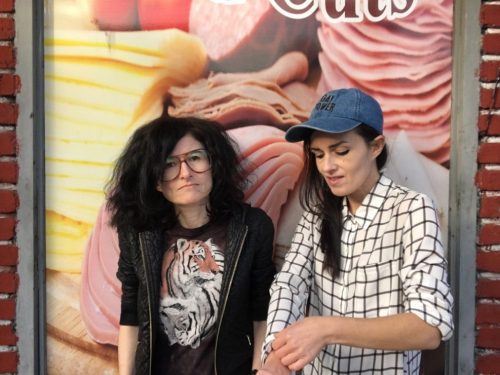