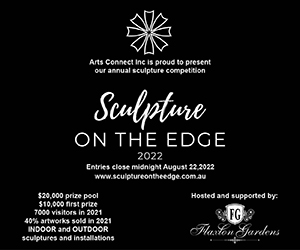 Alongside digital photography, artist Catherine Rogers also relies on analogue techniques like cyanotype—a distinctive photographic printing process—and the pinhole camera to create her images. For Rogers, these traditional methods require an intimate connection between artist and image, allowing for more opportunity to manipulate the picture-making process. Through her camera lens, coins become stars in the night sky and grand chandeliers mimic long, tentacled jellyfish. “I like pushing the technology but primarily I’m a picture maker,” she says.

Marking the first survey of Rogers’s photography, Evidence and The Visible includes work from across four decades. Highlighting her ongoing interest in the historical gamut of photography, the Sydney-based artist explains, “I like learning about all the different ways to create a photograph, especially the history behind William Henry Fox Talbot’s invention of the negative.”

Light sensitive techniques like cyanotype feature heavily in the exhibition and reflect Rogers’s love for experimentation. “In the 1800s, people were experimenting with all kinds of metals to make photographs—gold, platinum, palladium. It was about sharing science. People get so worried about photoshopping an image but since its conception, photography has always been manipulated.”

Often blurring the boundaries between real and fabricated images, Rogers questions the truth of a photograph: a hallmark of her practice is using texture and detail to create uncertainty. By focusing on tight corners in vacant interiors, moody seascapes and tactile landscapes, Rogers generates a disconcerting ambiguity in her images. In The Moon (Perhaps) series, close-ups of materials like wet plaster, orange skins and water are used to construct scenes easily mistaken for celestial environments. “The pictures I’ve made of the moon are entirely fabricated. Most are taken just down the road at low tide in the bay, of rock surfaces and objects that look ethereal. I’m not attempting to pretend they’re real, but I am absolutely interested in making an image worth looking at.” 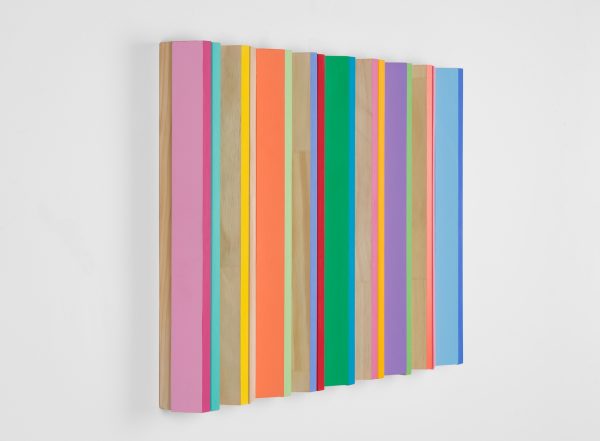