The medium of sound art, especially when it has a strong field recording component, offers an engagement with environment and time that is arguably on a different level of meaning to other art forms. When created by artists like Lawrence English—and his major influences, such as musique concrète composers Francisco Lopez and Luc Ferrari—field recordings can be a vibrational impression of locality and landscape that both asks and answers questions of history, politics, technology and more. Much of English’s work is an expression of the contemplative act of listening—and listening, as a plethora of meditation apps implore, is among the most profound ways of connecting with a moment, or a place.

It follows, then, that English’s ears have been attuned to the unfamiliar auditory environment brought about by COVID-19 and lockdown.

“In terms of the local experience here in Brisbane, I am ceaselessly inspired by the quieter nature of the city,” he says. “Almost no planes, fewer cars, a lower ambient noise floor—all these things reveal a greater horizon of experience. Suddenly I can listen to the city hall bell being tolled with exacting clarity. It is over two kilometres from where I live. I will honestly miss this when the world slowly creeps back to its former self.”

English’s recent output includes his new album, Lassitude, 2020, made up of two lengthy pipe organ compositions; Standing Wave, 2019, a sound and light installation in the bowels of an HMAS submarine for Fremantle Biennale; and Rhythm of Protest, 2019, a politically-charged exhibition of images and sound works at Lismore Regional Gallery, addressing the ‘weaponisation’ of sound and the escalating ferocity of the sonic means of quelling protestors at mass events around the world. The sound section of the show included edited field recordings from large protests in Pittsburgh and Oakland.

The latter two projects featured one of English’s most fascinating aesthetic ideas: ‘latent sound’. Put simply, this is sound that is suggested, or ‘trapped’, within imagery—visual elements that imply a sonic component. English also explored this concept in his landmark collaboration with the experimental musician Jamie Stewart for a soundtrack to filmmaker David Lynch’s photographic series Factory Photographs, 2014 (which later appeared at Queensland Art Gallery and Gallery of Modern Art in 2015 as part of the Lynch retrospective Between Two Worlds).

English adopted the idea of latent sound from the British musician and author David Toop, outlined in his book Sinister Resonance, highlighting how sound can be perceived in certain artworks, like paintings or sculpture, that have no audible output.

“That book starts out with an examination of Nicola Maes’s masterpiece The Eavesdropper, 1657,” says English. “The painting is a beautiful example of this idea. Within the frame is a great deal of acoustic happenings. The viewer almost involuntarily becomes the listener, casting their mind’s ear into the canvas where they find themselves filling in all manner of sonic and semantic exchanges.

“Working on Factory Photographs was an exercise in fleshing out this idea into something tangible.

The recording we made was about exploring an imagined, historic projection of sound. I like to think of latent sound as a kind of spectral haunting.”

Latent sound was also important in English’s 2018 work Seirá, which premiered at AsX Festival in Los Angeles. For this 12-minute sound piece, English utilised the remaining six defence sirens, taken from the now decommissioned Los Angeles Civil Defence System, to blare out a composition based on the latent sound found in old images of these sirens. Seirá might be regarded as a partner work to the aforementioned Rhythm of Protest, as both projects confront the role of sound in public spaces—particularly when it becomes a repressive force.

This political engagement has led English into the orbit of Adam Curtis, the brilliant British documentary maker whose films, as English puts it, “allow the complex narratives of the geopolitical environment to be played out through an examination of the interrelations of key figures, socio-political developments and events.”

Having met and talked with Curtis, English is working on a new sound project that explores Curtis’s reading of the term ‘hypernormalisation’. The label refers to the pervasive pseudo-reality created by corporations, governments and agents of technology in order to maintain structures of power and control. This may well end up as English’s most wide-ranging and discursive sound art yet.

But while this Curtis-inspired work feels ambitious, complex and important, it is also true that at his essence, English remains devoted to the simple impressions and insights that come from the sensory act of listening. English has experimented with field recording since childhood, and remains beholden to this quiet act of attentiveness.

“For me, field recording is about contemplating what it means to listen and how creativity is possible within a listening practice. There are moments where the act of field recording is cathartic and relaxing, but it’s also quite tiring when you’re very focused on the performance of the recording. Listening is not a given, it requires training and energy. It’s an act of concentration.” 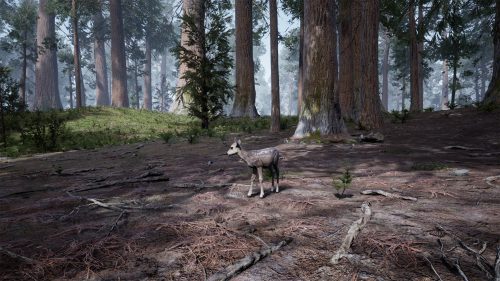 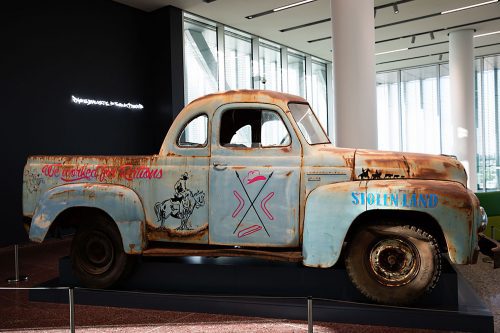