Aboriginal and Torres Strait Islander readers are advised that this article contains the names of Indigenous artists who are deceased.

In an extensive treasure hunt, the curatorial team tracked down nearly half of the works from the original show and brought in other significant works to match the original exhibition’s reach.

Having seen the works only in poor quality reproductions, for co-curator Erin Coates finally viewing the actual paintings was an emotional event. “It felt like a revelation, it was incredible,” she says. “After such a long journey of reconstructing material and going through archives, it was very special.”

The communities the six artists come from are separated by thousands of kilometres, but the significance of this widespread group is the authority of their work. All display a confidence and purposefulness notable in the work of senior female Indigenous artists active in the 1990s. “It was an era dominated by women painters and this exhibition helps to uncover that. They were painting their lives, painting their tjukurrpa [law and culture, or Dreaming]with real force. They know who they are and what they need to say about their lives, their culture and their country,” explains Coates.

Relationships to narrative differ also, from using symbols for storytelling to mark-making as a performative process to remember lived and historic experience.

Much of the work suggests a sense of exigency, of suppressed stories needing to be told. For Andrews that included a painful past of massacres. As Coates says of her work, “They’re real history paintings.” Elsewhere, McKenzie painted her country from a distance after access was denied for years, and this diasporic quality is another context for some of the work from this period.

Time in these artworks is not linear and can be simultaneously about specific remembered events and longer cycles of cultural memory. Similarly, Bush Women: 25 Years On provides a new temporal framework for these paintings. With most of the artists in the exhibition no longer living, the children and grandchildren of Daisy Andrews will perform at the exhibition opening to ensure that the works continue to live in the present and future. 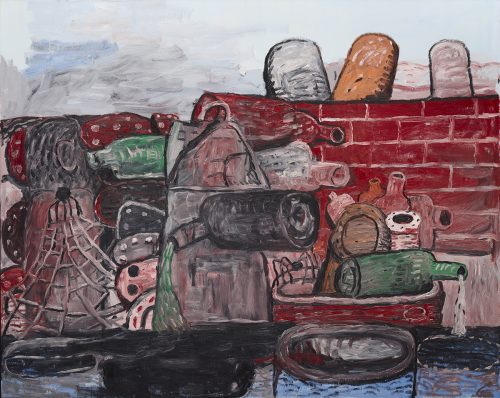 “From cave paintings to now, people have always wanted to make pictures of people.” 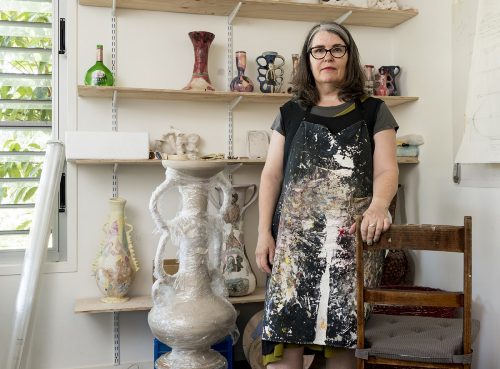 Working with clay is frustrating and perilous, but for newcomer to the medium, Karen Black, there’s no time for regret.