For centuries the sky has been an intriguing subject matter for painting; it has allowed the medium its greatest freedom. In the 1950s when West Australian painter Brian Blanchflower first saw the works of early British Romantics such as the illustrious JWM Turner, John Constable and Samuel Palmer, he too knew he could draw from the radiant delight of the sky.

Blanchflower’s Canopy series is being showcased at the newly refurbished Drill Hall Gallery at ANU.

The solo show spans over 30 years of work and features paintings borrowed from national, state and private collections. The series title was inspired by the artist’s visions of the night sky whilst camping in remote area of Western Australia in the late 1970s and early 1980s, and also by stars glimpsed through the open weave of a hessian sun-shade.

An essential attribute of the Canopy series is freeing the canvas from the stretcher, which is something Blanchflower tentatively began during the late 1960s and early 1970s. As almost all of the works in the exhibition are painted on laminated hessian, the paintings themselves also act like their own canopies, floating on the white walls of the gallery.

Blanchflower’s strong affinity with nature first began during his childhood on the Sussex Downs in England. He married an Australian in London and they eventually migrated to Western Australia in 1972. The move was partly inspired by his wife’s descriptions of the landscape, in particular the southern West Australian coastline and sky. “I was looking for a new experience of space,” Blanchflower says. Now residing on the edge of a jarrah forest in Bedfordale, south-east of Perth, Blanchflower spends his days painting in one of his two studios: one is a converted garage, the other is purpose built and overlooks the forest, and in the distance the crisp blue Indian Ocean.

Blanchflower began his Canopy series in 1985. One of the main reasons Blanchflower has continued to pursue the series for so long can partly be attributed to how painting might continue to serve as a vehicle for feelings and spiritual states.

“The most important ingredient in my paintings is that which is not painted: the unseen, the unknowable, the unnameable. In other words, the feeling produced by the whole work,” Blanchflower explains. “We are in a cultural climate dominated by images which merely reflect the world rather than providing a profound experience of the forces at work around us and within us.”

Blanchflower’s Canopies, large scale free-hanging paintings, offer us an entry into the sublime. They transcend language and escape representation. 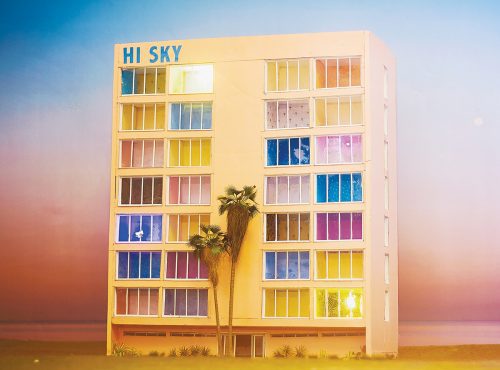 One is the meticulously planned crucible of Australia’s bureaucracy, the other an ocean-licked, sunburnt leisureplex. 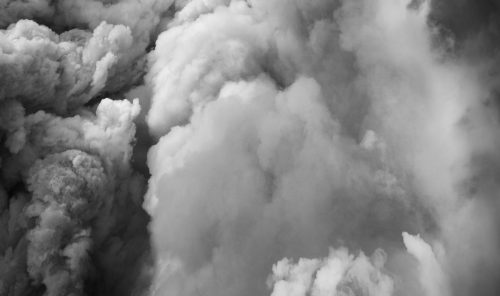