Blak Douglas has won the 2019 Kilgour Prize for figurative and portrait painting. The Sydney-based artist took out the $50,000 prize with his large graphic portrait of actress and singer Ursula Yovich titled Queen of her own stage.

“My dear friend Ursula Yovich, actress and songstress dynamo, has always been on my list of subjects to paint,” said Douglas of his winning work. “This painting is all about her and is a metaphor for the female black voice.

I asked Ursula to stand on a chair for the pose because I saw it as a metaphor for allowing Aboriginal voices to be heard.”

“This year’s 30 finalists are perhaps the strongest and most interesting entries we’ve had in the history of the Kilgour Prize,” said Morton.

Works by all 30 finalists can be seen in The Kilgour Prize 2019 Exhibition at Newcastle Art Gallery until 13 October. 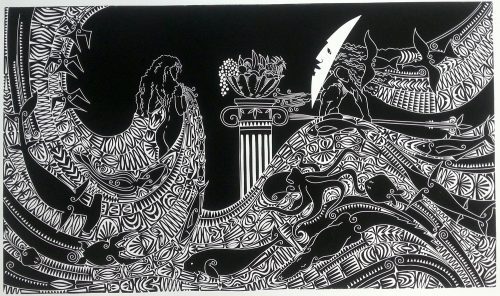 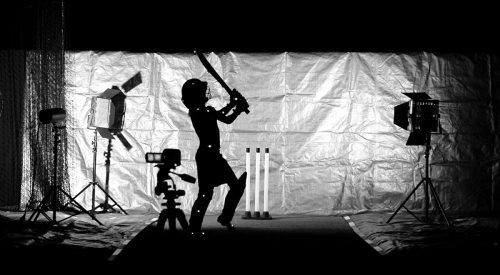 Their new collaboration, multi-channel video installation The Summation of Force, is a filmic love song to cricket, shot largely in their own backyard.