Hossein Valamanesh AM, born March 2 1949, died suddenly on January 15, just weeks before he and his partner Angela Valamanesh are due to exhibit their work in the Adelaide Biennial of Australian Art – Free/State at the Art Gallery of South Australia.

Although they work in mostly different genres, a similar sense of restraint imbues the work of each, and both artists are equally celebrated.

The life and career of Newmarch was marked by political activism, and her energy in steering community projects such as the anti-rape mural Reclaim the Night (1980) and the Prospect Mural Group’s postcolonial History of Australia (1982).

In 1969, she joined the staff of the South Australian School of Art, and while continuing in the tradition of a long line of women lecturers, her appointment was different. She ushered in the optimism and “voice” second-wave feminism gave women artists and over three decades she mentored female students who in turn have had brilliant careers.

In 1974, Newmarch was a founding member of the politically-active Progressive Art Movement (PAM) and, in 1976, of Adelaide’s Women’s Art Movement. In each she pushed the boundaries of the print medium to develop an accessible art form. In PAM, along with Mandy Martin, Newmarch produced political posters in her Prospect studio advocating for change such as a nationalised car industry and Australian Independence.

As an artist and mother of three young children in the 1970s and 1980s, her work across all media areas epitomises second-wave feminism’s mantra “the personal is political”. Her Three months of interrupted work, shown in WAMs ground-breaking 1977 exhibition, The Women’s Show, best describes the juggling act of domestic labour, motherhood and working as an artist.

Her children became her subjects, along with pressing social issues such as damage to the landscape from atomic testing and uranium mining as in Maralinga: poisoned rations (1988).

Later in life, she confronted the invisibility of ageing women in a powerful series Risking 50 (1995).

Newmarch’s 1978 print Women hold up half the sky!, the title a riff on Mao Zedong’s famous phrase, was the only Australian work selected for the all-important 2007 Los Angeles exhibition WACK! Art and the Feminist Revolution. It featured again in the National Gallery of Australia’s 2021 exhibition Know My Name.

Her work is held by all major public and private collections, and she was the first woman artist honoured by a major retrospective at the Art Gallery of South Australia in 1997. She was awarded a Medal of the Order of Australia for her services to the Arts in 1989.

Colleagues have taken to social media with the words:

Rest in Power Ann Newmarch: one of the great Australian second-wave feminist artists.

Hossein Valamanesh, was born in Iran and educated at the School of Art in Tehran, and immigrated to Australia in 1973.

From his initial base in Perth, he travelled to remote Aboriginal communities in 1974 where his brush with an ancient culture resonated with his age-old Persian heritage. He relocated to Adelaide the following year, and attended the South Australian School of Art.

By 1997, he synthesised his connection to place in Longing belonging by lighting a campfire on Persian rug placed in the Australian bush. The charred burnt circle of the rug stands testament to his dual identities.

Valamanesh’s work is known and loved for its spare aesthetic sensibility, parred back form and poetic visual imagery. His materials are frequently found natural materials: ochres, sands, stones and leaves, branches and twigs animated by a Sufi philosophy exploring the ineffable and the impermanent underpinned by Persian poetry.

A shadow of the human form is an enduring theme, as in his wall piece Untitled (1995) consisting in a folded shirt made from lotus leaves set against a Sufi love poem painted in the shape of human shadow (when viewed diagonally). Beneath the philosophy, mathematics is inevitably at play in his work.

Over five decades, in sculpture, painting, installation and video (recently with his son Nassiem at Buxton Contemporary) Valamanesh’s work explores the paradoxes of selfhood, existence and being. Collaborative work with his wife Angela Valamenesh includes several public art commissions including the Fourteen pieces (2005) outside the South Australian Museum, referencing the vertebrae of an extinct marine reptile in the museum’s collection.

Hossein’s work is held in national and international collections and he was a prolific international exhibitor, with his work currently on show in a major solo exhibition Puisque tout passe (This Will Also Pass), at the Institut des Cultures d’Islam in Paris.

His numerous awards include an Order of Australia (with Angela) in 2010 for outstanding artistic practice, and he too was a generous mentor of young artists. His contemplative work will live on, he has been described as “a finder of beautiful things in a world that hides them well”.

This article is written by Catherine Speck. Speck is a professor of art history and an author, along with Joanna Mendelssohn, Catherine De Lorenzo and Alison Inglis, of Australian Art Exhibitions: Opening Our Eyes (2018). She is a member of the Adelaide Critics Circle. This piece first appeared on The Conversation. 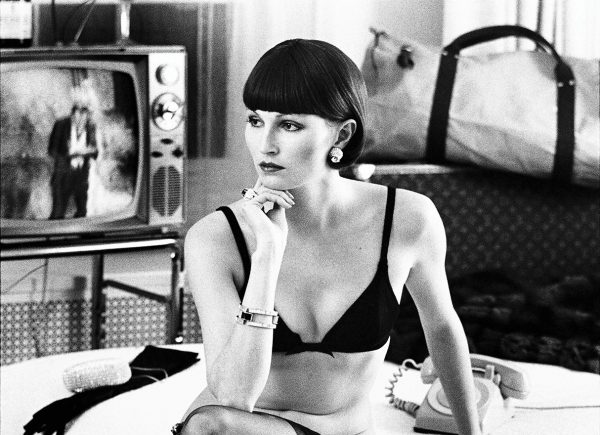 In a world defined by speed and acceleration Radical Slowness at The Lock-Up explores slowness through art and thought.