Earlier this week the Australia Council for the Arts announced two key changes to how Australian participation in the Venice Biennale is managed. The first, that the role of commissioner will now be held by the Australia Council itself, not an appointed individual, was made to comply with new rules implemented by La Biennale. The second important change is that the Australia Council has issued an open call for expressions of interest for artists and curators who want to represent Australia in our national pavilion at Venice in 2019.

The response to these announced changes was swift across both mainstream and social media. The Sydney Morning Herald reported that philanthropist Simon Mordant (who held the role of commissioner in 2013 and 2015) and Neil Balnaves, who have both contributed funds in the past, expressed consternation over not being consulted and pledged to withdraw their financial support. Meanwhile, Esther Anatolitis, the new executive director of the arts advocacy body NAVA (National Association for the Visual Arts), issued a statement in support of the changes. She said, “NAVA encourages artists to take an ambitious view of their practice and consider making a proposal.”

Australia Council Chair Rupert Myer AO did not seemed surprised by the strong reactions expressed over the changes. “Strong opinions are a part of the arts and the Council has always received lots of advice. The fact that our grants are peer assessed and we operate at arms length is part of why artists have never been shy about telling us what they think and we welcome that,” he said. “The fact is that we have received very strong support from artists, curators and other benefactors for the change. They welcome the increased transparency of the process – and the fact that it is open to all artists and curators.”

When asked how Balnaves and Mordant’s withdrawal of financial support might impact Australian participation in the Venice Biennale in 2019, and the public-private funding model going forward, Myer also remained positive. “This project has become a highly successful public-private partnership and that model continues,” he said. “Australia is fortunate to have a growing group of philanthropists and corporate partners who have worked with the Australia Council to build a real legacy for Australia’s international visual arts profile and we will continue to build on that. Previous models have been successful in the past and this is the model that has been endorsed by the Australia Council Board for 2019.”

This public-private model means that the Australia Council invests both cash and in-kind resources, including project management. A shortfall of $1-2million needs to be raised from private sources every two years. In the new management model fundraising will be the responsibility of the yet to be formed Venice Council. As Myer explains, “The Venice Council will be formed and will operate in a similar way to some Commissioner’s Councils in the past, with members invited by the appointed Venice Council Chair, in consultation with the Australia Council Board who have overall governance responsibility. This is not a project management role which is the [Australia] Council’s responsibility, but critical leadership around fundraising, advocacy, agency, international networks and Champions’ programs.”

Selection of participating artists and curators will be the responsibility of the Venice Selection Panel which will be chaired by Callum Morton, an artist who represented Australia at the 2007 Venice Biennale.

Expressions of interest for participation in the Australian National Pavilion at the Venice Biennale close 22 November and a shortlist is due to be compiled by mid December, so the Australia Council is currently finalising the composition of the Venice Selection Panel. “The Australia Council has a unique level of experience putting together peer review panels to assess local and international projects having done it for nearly half a century,” said Myer. “We are ensuring that the panel comprises members with deep artistic and curatorial experience nationally and internationally, and includes First Nations representation.”

Shortlisted applicants will be funded to provide a detailed proposal, due at end of January 2018. The successful proposal will be announced in February 2018. The next Venice Biennale will run from May to November 2019. 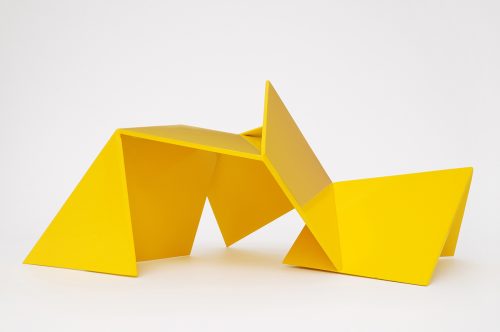 The Field Revisited: A guide to its unofficial satellite exhibitions

To coincide with The Field Revisited at NGV Melbourne, local Melbourne galleries have programmed complimentary shows. Most explore the influence of The Field on contemporary art practice, especially abstract art made today, often infused with colour that pops. 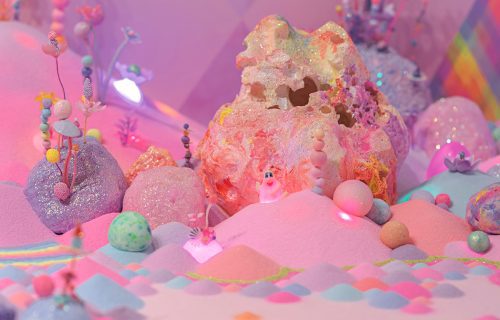 Like the fabled gingerbread house, Pip & Pop’s dream-bright saccharine creations are darker than they first appear.