There’s an impermeable sheen to the surfaces of post-analogue, born-digital art. All that lacquered hyperrealism and high-def video is rich and seductive, but also mute. It hovers like a high-tech upgrade of minimal art (without the fretting about ontology). Regardless of the complexity of its fabrication, works like these seem not so much made as manifested. Assembled: The art of Robert Klippel is all about the material, structural and cumulative character of making. Sure, that’s embedded in digital practice, but as a kind of precursor to spectacle: production is masked to sustain hallucinatory consumption. There’s no denying facture in Klippel’s welded and weathered encrustations of orphaned machine parts. And there’s no concealing scaffolding and armature either. Process is there to be read in and off the work: connected, threaded, stacked, stitched together—built. In Klippel’s work procedure and effect sit like two sides of a sheet of paper: distinct but inseparable. But please, no Steam Punk nostalgia for gears, cogs and backyard tinkering. Assemblage, especially in Klippel’s hands, is a kind of anti-engineering. Building an apparatus that does nothing isn’t too far removed from making a minimalist object that says nothing. Which is to say that this exhibition returns us to a critical moment when sculpture was emptied of modernist terms. 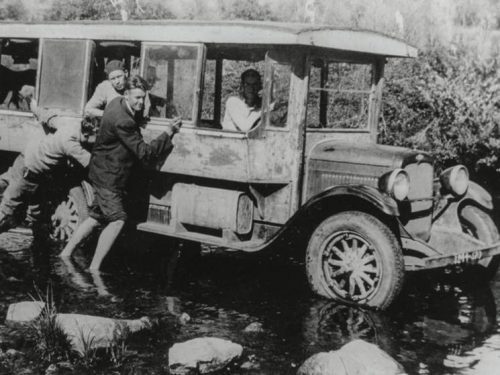 Sophia Cai recommends On The Move: The Dion Family