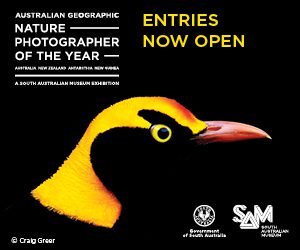 Watching paint dry may be the cliched epitome of dullness, but watching someone mix paint is another matter. Videos of artists doing just that were a hot topic in the 2016 news cycle, and as BuzzFeed gushed at the time, “It’s weirdly the most satisfying thing ever. It’s basically impossible to look away.”

The often disembodied hands that mix paint (or throw pots, or push and pull a needle and thread) in YouTube videos are mesmerising and do offer a tiny behind-the-scenes glimpse of the creative process at work. But two projects, currently running at the Queensland Art Gallery and Gallery of Modern Art (QAGOMA), and Tasmanian Museum and Gallery, actually allow audiences the rare opportunity to watch real artists working in real-time, right in the gallery. The initiatives are quite different, but both have the intent to put artists and the public face-to-face.

Terry Deen, head of learning at QAGOMA, explains that the idea for Open Studio came about after he’d been in the job for a few years and had been testing out “what the digital space could offer the public.” Having learned valuable lessons online, he says he “really wanted to get stuck into more analogue, human-to-human content. We made a decision to focus less on the digital, and more on the human as being really, really beneficial.”

Having begun in June 2019, and running until January 2021, Open Studio offers the public access to five contemporary artists: John Honeywill, Natalya Hughes, Grace Lillian Lee, Madeleine Kelly, and Abdul Abdullah. Deen is more than willing to admit that the scheme is a pilot and that the first five artists were chosen, in part at least, “to help us figure out what this thing is.” With this in mind, he says, “Each of the artists we have selected have experience as educators or are really community focused.” And Open Studio currently does centre on education and programmed activities; it is less about just watching an artist work, and more about working with them.

John Honeywill, a seasoned educator and an experienced painter of still lifes or “object-based” compositions as he likes to put it, says he really enjoyed working with the QAGOMA team to help fine tune the Open Studio model. “It will be great to watch where it goes next,” he says.

During his four-month-long stint, Honeywill found himself fielding questions from the general public, working with people with dementia and others, as well as with high school students and their teachers; something his more than 30 years as an art teacher prepared him well for. And like all good teachers the Brisbane-based artist understands that learning goes both ways. While he didn’t actually get a lot of painting done, for Honeywill, an extremely worthwhile part of his Open Studio experience was clarifying in his own mind the value of still life as a genre in a contemporary context and “strengthening my commitment to my own practice.”

At the Tasmanian Museum and Art Gallery, Lucienne Rickard has been getting a lot of drawing done under the watchful gaze of the public; she has committed to working five days a week in the gallery for a whole year. But there won’t be anything left when the Hobart-based artist finishes her Extinction Studies project in January 2021. Every time Rickard completes a drawing of an animal which has become extinct, she then physically emphasises its demise by obliterating it through erasure. “She is paying great attention to detail,” explains Jane Stewart, principal curator of art at TMAG, “so it is quite excruciating to watch her erase the works.”

But people are watching. Rickard describes becoming totally absorbed in the process of drawing – completely oblivious to her surroundings, working and thinking about the devastating loss of whichever creature she is depicting – only to look up to find a crowd of people patiently observing.

“Viewers are shocked and saddened by the erasing of a drawing and then go through a thought process (often verbalised to me or whoever they are visiting the museum with) of realising that the extinction of a species is much sadder than they might have thought,” Rickard says. “I’m thrilled to say that this happens for the majority of people who stop and take some time to consider Extinction Studies.”

In this way, although it is not as structured as an open studio, Extinction Studies also has an educational aim. “I wanted to broadcast the information I’d begun discovering to as many people as possible,” explains Rickard, “so the idea of working in public became a ‘no brainer’.” And as Stewart says, Extinction Studies was a “perfect fit” for the museum. “It addresses issues which the museum is extremely concerned about and it uses contemporary art to convey that message.”

By offering people access to artists at work, these projects prove yet again that art isn’t just a hypnotic distraction or a canny investment or beauty made manifest. At its best, art opens up conversations and encourages the exchange of ideas. 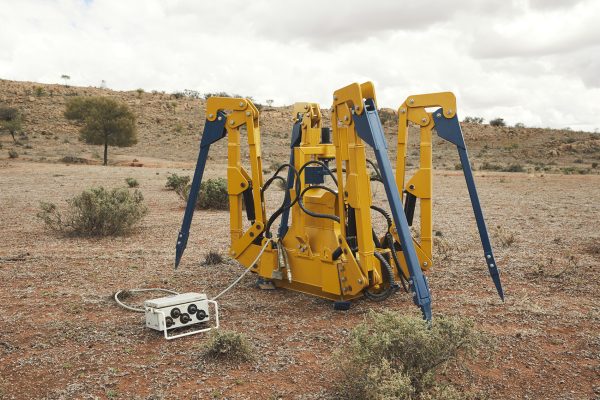