In 2018, when the Watters Gallery closed after 54 years, Frank Watters donated 67 Australian artworks from his personal collection to the University of Technology Sydney (UTS) Art Collection. Released just after his death in May 2020, the publication The Watters Gift places this donation, and Watters himself, in the history of the Sydney art scene. In the extract below, UTS curator Tania Creighton talks about the early years of the gallery and emphasises the effect friendship had on both the business and Frank’s collection.

Paintings that hung above the Riley Street kitchen bench by a young Frank Watters gave clues as to the origins and keen sensitivities of a fifteen-year-old who left school in Muswellbrook in 1949. Escaping a life in the coalpits, he would come to establish with partners Geoffrey and Alexandra Legge, Australia’s longest held directorship of any private gallery. They were a team with the perfect combination of skills to look after their artists’ careers and interests. Friendships and community were formed in the gallery’s orbit, and accounts of the director’s principled ethics and practices abound. Many artists relayed how Watters Gallery commissions remained constant at a third of sales, years after the industry standard had increased to over 40%. For the trio, artists and makers came first. They shared and supported their artists’ adventurousness, leaving them alone to experiment and develop their practices in whichever way they saw fit. As Euan Macleod recalls: You became part of a family where Frank was the patriarch and mentor you trusted with your future in the art world. All you were asked to do was do your work and leave the rest up to them. (1)

People drawn from all walks of life were welcomed at Watters; artists, musicians, composers, architects, arts workers, critics, curators and writers were all frequent guests. At Frank’s legendary weekly dinner parties, clothes might be torn whilst brushing past a large assemblage in the crowded apartment. Patrick White was a close friend, and one who could appreciate the robust artistic temperaments sat around the table. White was also a supportive collector—particularly of Chris O’Doherty a.k.a. Reg Mombassa’s landscapes and Micky Allan’s portraits—and also donated many of his acquisitions to the Art Gallery of New South Wales, further cementing the artists’ reputation. Among Frank’s closest friends were Patricia (Pat) and Richard Larter, of whom Frank writes;

When Watters Gallery began in 1964, Daniel Thomas, curator AGNSW told me about the work of Richard Larter. I wrote to Larter and arranged a visit… There were hundreds of paintings. Richard began to drag them out, but it became obvious that looking through the paintings would be a long term project. I began a series of visits and friendships developed with other members of the family. Patricia became one of my closest friends until her death. Richard remains for me, the most horrendously difficult but ultimately rewarding person I have ever encountered and I am grateful for the ongoing friendship with other members of his family. (2)

Frank’s enduring respect for artists was reciprocal, as revealed by the many renditions of his portrait, his beloved pets, his flat, his chair, his window or beloved garden, some given to him and several included in this gift.

The Watters Gift is published by UTS Gallery and is dedicated to the memory of Frank Watters (1934-2020). A digital version is available here. 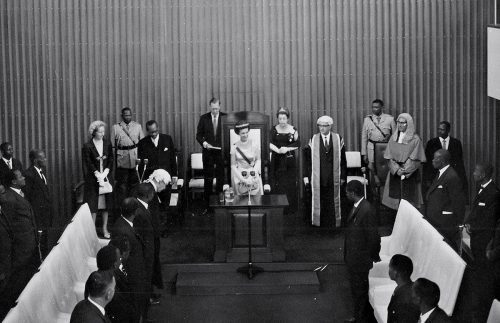 Rather than focusing on the object of the photograph, Jafri takes on the subjectivity of a topic that, historically, has been deemed rather concrete: the days of national independence from colonial powers around the world. 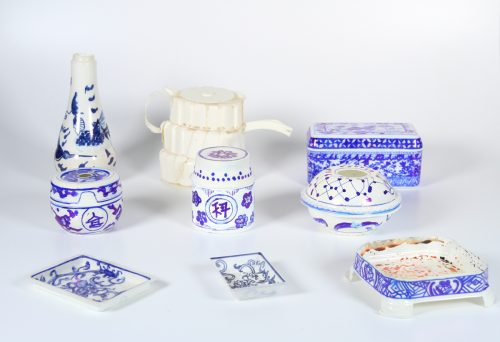 Congratulations to Sarah Goffman who has taken out the $20,000 Still: National Still Life Award with her collection of recycled plastic containers painted to resemble antique Chinese ceramics.