She Persists is both a hardcopy book and an online hub of 34 essays (and podcasts). Together they examine the important role of women in art and design by taking a closer look at works in the National Gallery of Victoria (NGV) collection. In the extract below NGV curator Jane Devery explores the impact of feminist archives on the work of contemporary sculptor Emily Floyd.

‘Living Libraries: Feminist histories in the art of Emily Floyd’
by Jane Devery

“The achievements of women more than often take more than one generation to come to light.”
Emily Floyd (1)

In 1975, International Women’s Year, the American feminist curator and critic Lucy Lippard visited Australia and delivered lectures in Melbourne, Sydney and Adelaide. (2). Her visit inspired a groundswell of feminist collective activities across the country, including the establishment of the Women’s Art Movement (3), the Women’s Art Register (4), and the progressive feminist magazine LIP: A Feminist Arts Journal. (5) In the past decade, a number of Australian artists, curators and art historians have looked back on this pivotal moment in Australian history, adopting its principles of collective action and mining its archives across a range of projects. Examples of this recent interest in late 1970s feminist activity include the exhibitions Unfinished Business: Perspectives on Art and Feminism, at the Australian Centre for Contemporary Art in 2017, and Re-Raising Consciousness, at Melbourne artist-run space TCB Art Inc. in 2014; research projects such as Contemporary Art and Feminism (CAF), established by a group of academics and curators in Sydney in 2013; (6) the publication of a LIP magazine anthology, edited by the Amsterdam-based Australian curator Vivien Ziherl, also in 2013; (7) and even a restaging of Lippard’s 1975 lecture by the feminist pedagogical project Sunday School (artists Kelly Doley and Diana Smith), at Sydney’s Artspace in 2015. (8).

The work of Melbourne contemporary artist Emily Floyd can also be seen in light of this resurgent interest in local feminist practices of the 1970s. Since the early 2000s, Floyd has productively mined a nexus between art, education and activism in a practice concerned with social and pedagogical engagement and political acts of historical retrieval. Over the course of her career she has gained widespread attention for bold sculptural and graphic works that suggest contemporary art can function as an instructive platform for social, political and cultural debate.

Floyd’s work draws upon wide-ranging references, including the history of alternative education and its relationship to twentieth-century art and design. It also brings to light contributions made by women to mainstream accounts of history, and how these contributions are often overlooked. Throughout her practice, Floyd has turned her attention to the achievements of various women, such as Bauhaus designer Alma Siedhoff-Buscher who, 100 years after the Bauhaus was founded, is still not as widely known as her male counter- parts; the radical feminist science-fiction writer Ursula K. Le Guin; and, most recently, the Hungarian philosopher Ágnes Heller, whose international significance is widely celebrated but whose Australian connection remains largely unacknowledged. (9) Floyd’s work has also focused on histories of community participation, progressive childcare and political activism, in many cases inspired by local examples and her personal experience of growing up in Melbourne in the 1970s.

This influence can be seen in the three works commissioned by the National Gallery of Victoria in 2014 for the survey exhibition Emily Floyd: The Dawn. These three works – Solve your personal problems socially, 2014, a set of large-scale screenprints; The dawn, 2014, a monumental sculpture; and Word farm, 2014, a participatory children’s installation made by Floyd in collaboration with the designer Mary Featherston – each draw on archival material relating to specific local histories of feminism in Australia.

The hardcopy of She Persists is published and distributed by the National Gallery of Victoria.

2. Lucy Lippard was sponsored by the Power Institute at the University of Sydney to deliver the ‘Power Lecture’ in major Australian cities in 1975.

4. The Women’s Art Register was established in Melbourne in 1975 by artists Lesley Dumbrell and Erica McGilchrist, and curators Kiffy Rubbo and Meredith Rogers at the University of Melbourne’s Ewing and George Paton Galleries. Described as a ‘living archive of women’s art practice (cis, non-binary and trans inclusive),’ it is one of only two surviving registers of its kind. It is now housed at the Richmond Library in Melbourne and is accessible online: http://www.womensartregister.org, accessed 16 Oct. 2019.

5. LIP was authored and published by a collective that included artists Elizabeth Gower, Isabel Davies and Erica McGilchrist, and curators and art historians Janine Burke, Ann Stephen and Suzanne Davies. It was published from 1976 to 1984.

9. Prominent philosopher and social theorist Ágnes Heller was a core member of the Budapest School. Along with other members of the School, she chose to live in exile in Australia between 1977 and 1986 due to political persecution. She lived in Melbourne and lectured at La Trobe University, later relocating to New York City, where she lectured for more than twenty-five years at the New School for Social Research. Heller was the subject of Emily Floyd’s solo exhibition Anti-Totalitarian Vectors, at Anna Schwartz Gallery, Melbourne, 13 July – 19 August 2019. See http://annaschwartzgallery.com/exhibitions/anti-totalitarian-vectors, accessed 17 Oct. 2019. 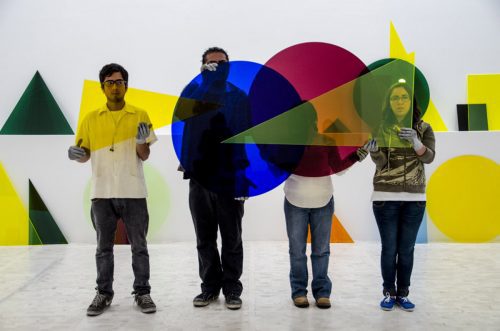 Amalia Pica was born in Argentina and is currently working in London. Her exhibition at the IMA is to be presented in two parts, but her first solo in Australia is not the beginning of her relationship with Brisbane. 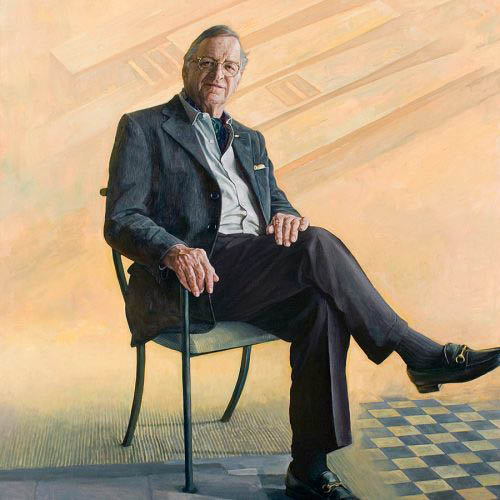 Visual arts may have supporters who contributed more money but Gordon Darling was our most important, long-term and passionate advocate.