We are watching more videos on our small screens than ever before, but how much of it is art? In an article originally published by Art Guide in October 2019, Steve Dow spoke to artist Tina Havelock Stevens about being a self-confessed screen addict, and to Lauren Carroll Harris about her initiative Prototype, a curated platform for specially commissioned video art pieces. This article has been updated to reflect recent changes.

A new video art platform is commissioning artists and filmmakers to put original work in the palms of audiences. Sydney-based Prototype is feeding what could prove to be a big appetite for digital art.

Film maker Alena Lodkina, director of the lauded feature debut Strange Colours, launched her short film Mercury on Prototype in September, and next year there will be video art commissions from international artists.

Our access to screens means we’re now slightly more likely to sate our curiosity for the arts online than to attend arts events in person. “You’re probably less likely to find the best video art in an institution and more likely to find it on your couch,” says Prototype founder and curator Lauren Carroll Harris, seated in a café in Sydney’s Surry Hills.

The platform venture opens a new vein of arts inquiry in Australia, but raises a question for bricks-and-mortar arts institutions. How do they find purity when wading into the online swamp, where content is generally not art, and digital surveillance capitalism ties our private browsing to advertising?

“I think you have to make work directly for online,” says Carroll Harris. “It was really surprising once I realised there was no major gallery, museum or institution that had a deliberately online-first space.”

The history of video art tends to be funnelled through a New York filter, from around the time Korean-American artist Nam June Paik played his video tapes in a Greenwich Village café in 1965 after using his new Sony Portapak to film Pope John Paul VI’s procession through Manhattan, making video art in and of itself, as opposed to Andy Warhol’s filmed happenings of performance art.

Later, in the 1980s, came Bill Viola using video to capture images dredged from dreams, and Jenny Holzer using feminist dialogue phrases in her Times Square installation. But the form has often struggled for respect, being seen as ephemera and competing with mainstream film and television, or other creative video whose commercial origins are not always clear.

“The birth of TV and home video technology was so necessary to video art’s birth,” says Carroll Harris. “But I suspect video art didn’t get overtaken by film; it got overtaken by video advertising. Most video culture is sponsored or branded content.”

The democratisation of video accessibility through smart phones is also distinct from video art, she says: “Tik Tok and Instagram stories are their own little genre of online communication but they’re not, for example, in dialogue with the Bill Violas of the art world. They’re a spontaneous response among civilians to the technology that’s in their hands.”

This is not to say that artists are not making art with smart phones – consider, for instance Jason Phu’s Prototype contribution, Videos for the Grandchildren I’ll Never Have, shot on his iPhone, which depicts cooking.

Meanwhile artist Tina Havelock Stevens’s five-minute film Come Together, Right Now, launched on Prototype in September, was shot on Super 8 in Central Park on what would have been John Lennon’s 66th birthday, and re-edited for the platform. With its granular, nostalgic texture, the film is a homage to the spirituality of Lennon fandom, with the opening riff of the Beatles song that gives the film its title (and which Lennon composed) played on a loop.

“I’m interested in those groupings when people are attracted by a common goal,” says Havelock Stevens. “There’s this common goal, and everyone has this one direction with their thinking they can all share. Everybody was linked to each other, whether they knew each other or not, and it’s a beautiful thing to see.”

The artist says it has been “refreshing” to work with Carroll Harris. “She’s got the cinematic language and she’s got the PhD brain but she’s not coming at it entirely from a theory lens. She’s not afraid to just enjoy something or trust her own judgement.”

Initial financial support for Prototype came from Arcadia, a boutique film production and distribution company, and then from the Australia Council’s experimental and emerging arts stream. Later came a City of Sydney grant to match Arcadia’s contribution. Most of the budget has gone towards artists’ fees and the website design.

Havelock Stevens found the accessibility appealing. “I’m a screen addict,” she admits, picking up her phone from the café table. “I’m looking at this all the time. As I get older, I seem to be going out less and looking at my screen more,” she says.

“You’ve got to embrace the now. It makes sense to embrace the quality on your screen, because there’s so much crap that people are looking at. It’s very easy to find crap. You know it’s crap, but you still look at it. I get so much stuff piled up in my inbox, but what’s great is to get something of a certain quality that’s actually been curated… Everyone’s looking at their screens, so why not look at something of quality?”

For the Prototype launch, Carroll Harris sought out artists and asked them to pitch project briefs, developing those briefs with them. She asked for short works, suggesting three to five minutes’ duration. But “it can be as long as it needs to be,” she says, “the duration just has to feel right.” And the main constraint was that the work had to be made to be seen on a small screen.

“So many of these artists are using cinematic techniques, but in really unusual and sometimes subversive ways, and not in narrative ways,” says Carroll Harris. “I knew people like Jason Phu and James Nguyen would not make something cinematic, but that referenced cinema in some way.”

The conundrum for video art remains that there’s “no way to archive the archive,” Carroll Harris notes, as we discuss deteriorating magnetic tape and obsolete technologies such as Betacam. “We all know that even our hard drives are completely volatile,” she says. “There have been decades of history lost. Prototype is a little effort to cohere a little space of the internet, for posterity. But it’s also reliant on services such as Mailchimp and Vimeo.”

Carroll Harris already has plans to expand Prototype. “I think it has to be an international platform, because that’s the nature of the internet. I can see an international audience growing modestly and visibly. Beyond Australia, our biggest subscriber base is United States, United Kingdom, Germany, France and Italy. To realise its potential as an online forum, you really need to look beyond Australia.”

In 2020 Carroll Harris had hoped to undertake a residency at the Cité Internationale des Arts in Paris where she planned to reach out to ex-pat artists working overseas and put their work through the curation process “in conversation” with more regional Australian artists. The residency has been postponed due to Covid-19, but Harris still hopes to extend the scope of Prototype. “The next program will be a real mix of overseas artists and artists beyond the east coast of Australia. We’ll have a couple of international artists, and maybe half will be Australian artists living overseas.”

In response to Covid-19 Prototype are offering Care Packages, a weekly dose of new and re-released art videos. 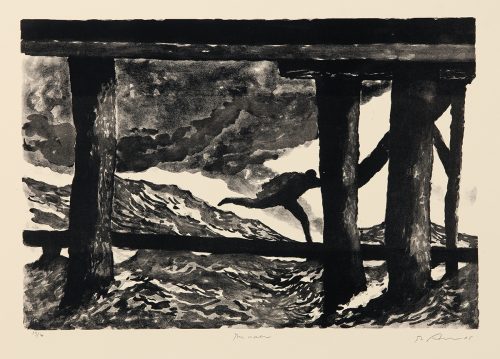 Many of Amor’s shadowy images have a cinematic quality. They read like film stills, fragments of a greater drama. 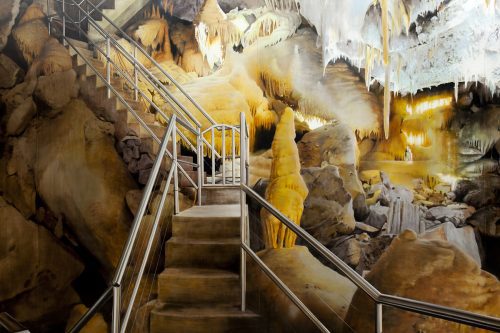 Born in 1983 in Sydney, and now residing in Brooklyn, NYC, Anna Kristensen is most recognised as a painter. However, it is at the crossroad of photography, sculpture and painting that her work tends to sit.