Margel Hinder (née Harris) was born in Brooklyn, New York, in 1905. In 1934 she moved to Sydney with her new husband Frank and made her mark on the Australian art scene as one of the key proponents of modernist sculpture. The exhibition, Margel Hinder: Modern in Motion celebrates her contribution to the field and is on at the Art Gallery of New South Wales (AGNSW) until 2 May. In his foreword to the book of the same name, edited by Lesley Harding and Denise Mimmocchi, Geoffrey Batchen remembers meeting Margel Hinder in the late 1970s.

When I first appeared at the door of Margel and Frank Hinder’s home in Gordon, on Sydney’s North Shore, I wasn’t quite sure what to expect. It was July 1978 and I had only just discovered that I was distantly related to two of Australia’s most significant artists. At the suggestion of my mother (whose maiden name was Hinder), I phoned the Hinders and got myself invited over for afternoon tea. They could not have been more welcoming. Frank did most of the talking, which I recorded on a small tape recorder, but Margel made regular interjections. She was small, energetic and no-nonsense, and had an American accent, then unusual in the Sydney art scene.

As they patiently retold their life story, it was clear that they were a very close-knit duo, with each supporting and contributing to the other’s artistic endeavours. Indeed, a little research reveals that Margel never allowed her marriage or her domestic life to limit her ambitions. As she said to a reporter in 1949, ‘being a housewife and an artist just doesn’t mix’, and only the second of these options was of real interest to her.

Seven years earlier she had said much the same about motherhood, pragmatically remarking that her career had been ‘interrupted’ by the birth of her daughter. Undaunted by this interruption, in 1932 Margel took that daughter with her when she and Frank established an experimental artists’ colony on a farm in New Hampshire, in the United States, to be run according to Plato’s theories of communal life. They joked about what terrible farmers they were, with Frank having to rent out his services as a labourer so they could afford some food. Nevertheless, the following year they took their toddler to live in another such colony in Taos in New Mexico.

Imagine the shock of then moving to Australia in 1934, where the situation for modern art was, as Frank once put it, ‘pretty bloody grim’. For Margel, as both a foreigner and a woman artist working with sculpture, it must have been particularly difficult. But she never wavered from her commitment to, as she put it, ‘express certain principles that belong to this day and generation’.

By 1952, she was proposing a 21 x 29 foot (6.4 x 8.8 metre) stainless-steel sculpture for the international competition for a monument to represent The Unknown Political Prisoner (her proposal was awarded third prize). But the work she may be best known for was a 3-metre high columnar spiral of steel comprising copper and bronze forms that she designed in 1959 for the exterior of the Western Assurance Building on Pitt Street in Sydney. Spotlit from above, according to Margel, ‘it is meant to convey a feeling of vitality and a dynamic quality appropriate to an ultra-modern building’. She was annoyed when the architect changed the colour of the foyer after her design had been completed, thereby spoiling the intended ambience of her work.

Far more upsetting was the unexpected removal and dismemberment of that work in 1980 to make way for a new shopfront, transforming her sculpture from a beacon of modernity into a poignant case study for artists’ moral rights. Margel had the twelve pieces of Growth Forms (as it came to be known) moved to her studio in Gordon so she could attempt to weld them back together again.

In 1982, I spent a day grinding jagged edges and handing welding rods to assistants with more skills than I, all under the 75-year-old Margel’s supervision. A slide taken on that day has recently come to light, showing me bending over one of these edges amid some scaffolding; someone, perhaps Margel herself, is holding up a rectangle to shield watching eyes from the sparks.

The sculpture was eventually repaired, after six months of similar labour. I last saw it gracing the foyer of the University of Technology (UTS) building on Broadway in Sydney, still as arresting an experience of optical vitality as it ever was.

Its survival is a testament to one artist’s determination to embody her own time in three-dimensional form. But its story also speaks to another of Margel’s legacies, a legacy more important, in my view, than any of her individual sculptures. I am speaking of her insistence on living the life she wanted, regardless of societal expectations or financial or cultural constraints. By demonstrating every day that being a modern artist also meant being a modern woman, she made it possible for the generations that have followed her to take such a stance for granted. In so indomitably expressing these particular ‘certain principles’, she, in effect, liberated us all.

Geoffrey Batchen is Professor of the History of Art at the University of Oxford. 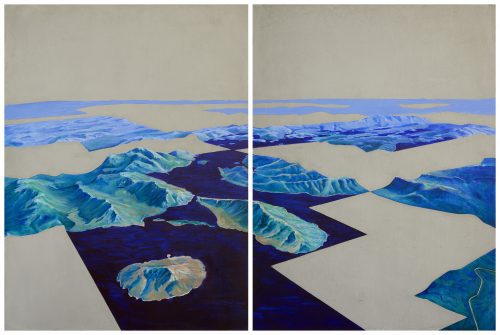 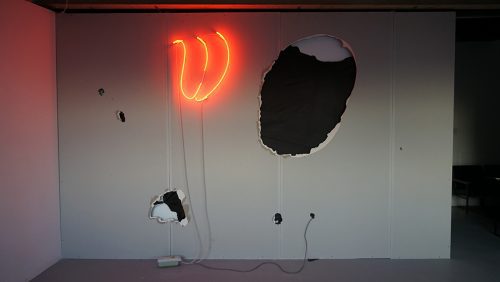 The group exhibition and performance program Into my Arms at ACE Open contemplates ‘the embrace’ in performance, installation and a series of new commissions.