Women’s art in Australia is vast, divergent, plural and exciting—it has literally changed art history and Doing Feminism: Women’s Art and Feminist Criticism in Australia chronicles this field from the 1960s onward. Representing over 220 artists and groups and with 370 illustrations, art historian Anne Marsh has compiled one of the most comprehensive collections on women and art in Australia to illustrate the doing of feminism. Spanning writing from artists’ statements, curatorial writing and critique, we’ve included the below extract from Marsh, writing on the links between feminism and art.

Feminism and Art
By Anne Marsh

Feminist art is a broad topic in the twenty-first century. We can talk about art in terms of its feminist content and interpretation; through its themes, its standpoint, what it represents and the issues it focuses on. We can also look to a feminist practice and see this in process rather than in content, or as both. Feminism is no longer gender-specific: we can certainly see the feminist impact on and interpretation within work by male artists. Feminist art history is an even bigger field as it addresses all art. Some of the best feminist scholarship in the arts concerns the canon of art history and the works of great male artists. From a feminist art history perspective, we can also talk about the medium of the work, its approach and its style, and cast opinions about a feminine aesthetic.

The medium (the matter of art) has been on the critical agenda again over the past twenty years. After the hiatus associated with the decline of Clement Greenberg, it was revived in the late 1990s as artists and scholars critiqued and/or endorsed what Rosalind Krauss termed the post-medium condition. Krauss believed that the onslaught of installation art was destroying the integrity of art. Much like Greenberg before her, she argued that artists need to return to the essential qualities of the medium, not dissipate their energies with the more performative/theatrical aspects of installation, video, performance and relational art. More recently, those convinced by the sentience of things beyond the animal kingdom—the new materialists and the object-orientated ontologists—have advocated that art has its own being (it thinks and feels): the medium talks back.

Despite the problems inherent in the history and critique of the medium in art, women artists have been drawn to abstraction. This is evident in painting, where women were active from the 1960s through the hard-edge and colour field schools, and in sculpture and installation. Women persisted with abstraction throughout the postmodern period. Elizabeth Gower’s collages, made up of thousands of tiny images cut from advertising brochures and magazines, present abstraction with ironic critique. Rosalie Gascoigne’s sculptural installations from materials found in the landscape or urban areas are a more conventional Zen poetic, drawing on ikebana flower arrangement and informal sculpture (Arte Povera). Installation is also a strong practice among Indigenous artists.

The history of feminist art in Australia often begins with the American critic Lucy Lippard. Although this has been overdetermined, Lippard was influential for the avant-garde in this country because her book Six Years: The Dematerialization of the Art Object (1973) included artists from Inhibodress, established in Sydney in 1970 as one of the country’s first artist-run initiatives. It wasn’t until International Women’s Year in 1975 that Lippard turned her attention to female artists in Australia. She was commissioned that year to give the Power Lecture and subsequently toured the country to campaign for the establishment of women’s art slide libraries to document the works of artists.

Women’s Art Movements had formed in Sydney, Melbourne and Adelaide by the mid-1970s. Large blockbuster exhibitions such as The Women’s Show (1977) and The Lovely Motherhood Show (1979) included a broad spectrum of work from a wide demographic. The most significant point about The Women’s Show was that it was an exhibition curated by a collective of over fifty women formed into subgroups and cells around genres and mediums and issues. Huge teams of volunteers were required to facilitate the show, and some fairly big arguments and discussions were had within the collective concerning power. The major unresolved issues, considered by Julie Ewington in the post-event publication, were sexuality, the work of artists, and politics. These revolved around the practice of free labour and the politics of sexuality within the collective. More recently Rosi Braidotti has picked up on this, arguing that in 21st-century feminism a radicalisation of feminist philosophy is taking place because Western feminism dismissed sexual difference ‘in the name of a polemical form of anti-essentialism or of a utopian longing for a position “beyond gender”’. The issue of sexuality, which was silenced by neoliberalism as feminism became a white and middle-class movement, has not gone away. One thing about feminism that makes it different from other political and philosophical programs is that it is an embodied position: power is played out on women’s bodies, thus sexuality cannot be quieted down.

The more important issue that white middle-class feminism found difficult to address was that of race. In Australia, where a dynamic Indigenous art movement arises from the desert regions in the 1980s and grows to global proportions in the 1990s and beyond, this issue is fundamental. The first book to fully analyse the problem of whiteness in Australia was Aileen Moreton-Robinson’s Talkin’ Up to the White Woman: Indigenous Women and Feminism (2002), which became essential reading for all university students in the twenty-first century. Moreton-Robinson presents a thoroughly researched argument citing numerous feminist positions, and insists that white women need to address their subconscious racism. She states:

Morten-Robinson enters the debate on colonialism as Western scholars are digesting postcolonial studies—the new ‘ism’ of the 1990s—and presents a strong message for Australian feminists. It is abundantly clear that Indigenous artists are some of the strongest protagonists of an experimental and avant-garde position. This is particularly apparent in sculptural installation but equally so in video and photo-based media. White women are lagging behind in regard to addressing whiteness. There are some examples of work that directly address the issue, but even in relational and dialogical performance the issue of whiteness is not at the forefront for feminists. This situation needs to change if feminism is to maintain its ethical position.

This is an edited extract from Doing Feminism: Women’s Art and Feminist Criticism in Australia by Anne Marsh, available 2 November from Miegunyah Press. 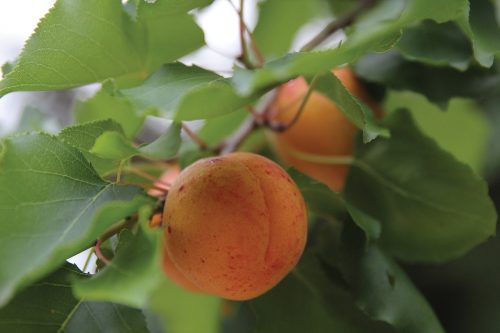 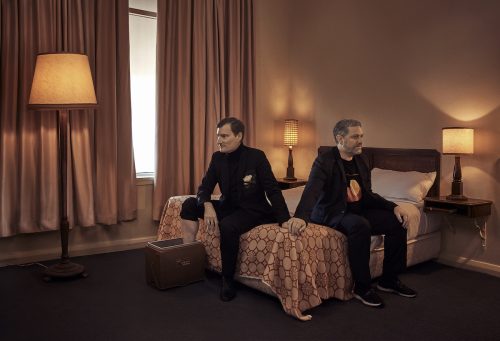 From the painted miniatures of old to the photo on an iPhone lock screen, the bond between love and portraiture is a tale as old as time.