AGWA 1979, A Brutalist Gallery in Perth

AGWA 1979, A Brutalist Gallery in Perth

This year the Art Gallery of Western Australia celebrates the 40th anniversary of its building with both an exhibition, Perth Brutal: Dreaming in Concrete, and a publication, AGWA 1979, A Brutalist Gallery in Perth: The development of the Art Gallery of Western Australia’s iconic building, edited by Robert Cook and Melissa Harpley. In this extract, Harpley, who is curator of 19th century arts and manager of collections at AGWA, outlines why the institution needed a new home.

When the new building to house the Art Gallery of Western Australia (AGWA) opened to the public in 1979 it was seen as a major step towards addressing decades of dissatisfaction with the existing gallery accommodation. This dissatisfaction coalesced around two nodes; that there was not enough space to display the art, or to safely store those items not on public display, and increasingly that the Beaufort Street gallery was not fit for purpose in that it did not able the gallery to deliver on the expectations of a modern art gallery.

The establishment of AGWA was part of a movement that had gathered momentum in western democracies throughout the nineteenth century. The provision of a public art gallery had been seen by governments as fundamental to the health of the body politic, and in Western Australia it was no different. In Western Australia the state first announced the founding of an art gallery in 1895, and its existence was formalised in 1897 as the Western Australian Museum and Art Gallery. The health was a direct result of exposure to art, the notion being that it was politically desirable to have a community of connoisseurs as the discernment developed through exposure to art was transferrable and could equally be applied to all areas of a citizen’s life requiring the exercise of judgement and which would hopefully result in civic conformity.

Once the institution had been established, it needed to develop two strands: the building of a collection, and the display of that collection. There was no question that a collection was needed, but there was debate about what it should consist of. What was not at issue was the certain belief that the role of the nascent institution was in the realm of education. (1) Early published guidebooks set out the view of the Curator, Bernard Woodward, that in terms of museums education came through observation, (2) which for the gallery necessitated exposure to works of art.

But how was this exposure to be structured? Key for Woodward was the notion of order (3) and this is the model on which his guidebooks were structured. Readers are taken through the constituent parts of the collection in an ordered, largely chronological, way, although paintings are also grouped by geographically-determined “schools” such as Umbrian, Venetian, Flemish and Dutch.

Despite Woodward’s clearly-set out, structured approach, early images of the display of the art collection tell a different story. Growing in tandem with the Museum, but without a dedicated picture gallery, the Trustees struggled to find the space to display works of art, and at times paintings were hung, unsatisfactorily, in the Mammalian Gallery and Arts and Crafts were to be found amongst the Corals, Sponges and Minerals. (4) Photographs from the first years of the twentieth century certainly do not show a display set out on the principles of orderly progression. Rather, plaster casts from the Greek or Roman like the Townley Discobolus are seen jumbled together with paintings, prints and drawings, and examples of wrought iron railings and door hinges.

In 1908 the gallery finally achieved a purpose-built space with the opening of Hillson Beasley’s top-lit Picture Gallery. (5) At last some structure was able to be introduced into the displays, with paintings hung upstairs and sculpture (read plaster casts) and decorative arts displayed in the lower gallery. Photographs from the 1910s and 1920s show the walls of the Picture Gallery increasingly filled with paintings, but not hung in any clear order other than that of optimising the use of display space. (6)

For some time this may have been an adequate solution as the growth of the gallery’s collection virtually stalled in 1911 with the amalgamation of the Museum and Art Gallery with the Library under the Chief Librarian JS Battye. (7) The situation did not change until 1947 and the appointment of Robert Campbell as Curator, who was the first to instigate changes in the displays in the Beaufort Street building. (8) Collecting activity also increased, but the watershed moments were the separation of the Library / Museum / Art Gallery behemoth into its constituent parts, (9) and the appointment of Frank Norton as the new director of the gallery in June 1958.

Lack of space for the gallery was already identified as an issue, but Norton was tireless in his advocacy, thereby accelerating the push for a new building. Arguably this was a period when the institution worked both for and against itself. On the one hand it was argued that the existing gallery was inadequate for the safe housing and appropriate display of the collection, as well as restricting the types of touring exhibitions that could be displayed to the people of Perth. On the other, Norton’s driving of an active program of acquisition and increased turnover of temporary and touring exhibitions exacerbated the problem.

But perhaps the more persuasive argument in favour of a new building was that which contended that there was a disconnect between what a contemporary public expected of an encounter with art and what Perth was able to offer that populace.A dichotomy was set up between the existing situation, characterised as seriously out-of-date, and what a new, or modern, gallery should be. (10) Interestingly too this was paralleled by a shift from the paternalistic role of the 1890s which posited culture as a top-down activity, to a responsive one which argued that it was a change in public taste which had created the need for a new type of gallery. The discussion crystallised around the notion of the changing nature of the role of the gallery, leading to the view that rather than an isolated beacon it should be an integral, active part of a Cultural Centre which could take its place in the leisure activities of a busy public.

In tandem with this new perception of the consumer of art was a demand for a change in the display strategies around encounters with art. A move from the rectilinear box, facilitating (but never in reality achieving) the unfolding of a structured engagement with the objects on display to more flexible spaces, which fitted the ideal of the viewer as self-guided, achieving a pure one-on-one communion with art, unimpeded by the architecture. Early schemes for the new building did not reflect the 1890s model of the story of art as a progression, but rather argued for a separation between the historical and the contemporary, seeking to display them in separate buildings. (11) This remained the long-term aim for AGWA, but what was unveiled in 1979 saw all aspects of the collection on display in the one building.

However the new building did achieve some separation of content, with spaces dedicated to temporary exhibitions as well as permanent displays from the collection. The latter were loosely divided between Australian and English/European, and in addition there was a gallery specifically identified as the “ethnic” gallery in which to display Aboriginal, New Guinean and Asian Art; and a dedicated space for the display of prints and drawings, located next to a study room for the same. The innovation of the use of open angles within the gallery spaces, combined with the perimeter rest areas self-consciously created a gallery that met the imperative to put the viewer at the centre of the experience.

AGWA 1979, A Brutalist Gallery in Perth can be purchased from the AGWA shop.

Notes:
1. “… there are few higher instruments of education than pictures, fine pottery, fabrics, statuary and the like.” The West Australian, 1 August 1895, p.4.
2. Bernard Woodward, Guide to the contents of the Western Australian Museum and Art Gallery with a list of the Western Australian marsupials and birds in the collection, Perth, 1900.
3. “the first function of a Museum is to give an example of perfect order and perfect elegance” ibid, p.3.
4. Including Holman Hunt’s Light of the Worldwhich was seen by an estimated 102,000 people when it was displayed in the Mammalian Gallery in July 1906.
5. Most recently the Western Australian Museum’s Katta Djinoong gallery, also known as the Hellenic Gallery due to the series of casts from the Parthenon frieze that encircle the room.
6. For example in 1929 William Müller’s 1840s painting An Armenian hung next to Norman Carter’s 1925 portrait The girl with the blue hat.
7. From 1914 to 1924 four works of art added to the collection through purchase, three prints and a drawing; AGWA database.
8. Starting with the re-hang of the lower gallery to display work by Australian artists.
9. The process started with an amendment to the Library Board Act in 1955 and was completed with the passing of the Art Gallery Act 1959.
10. “In a modern community it is not sufficient for a gallery to act as a glorified collector, a mere repository of art works for display.” Annual Report, Museum and Art Gallery of Western Australia, 1958-9, unpaginated.
11. See Robert Cook’s essay in this volume for an account of Norton’s 1971 proposal to utilise Government House and Supreme Court Gardens. The decision to build the new gallery on the Northbridge site included a proposal to use the former Courts of Petty Sessions for the display of the nineteenth century collection, which was finally realised with the opening of the Centenary Galleries in 1995. 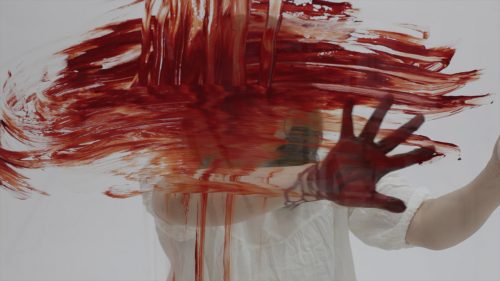 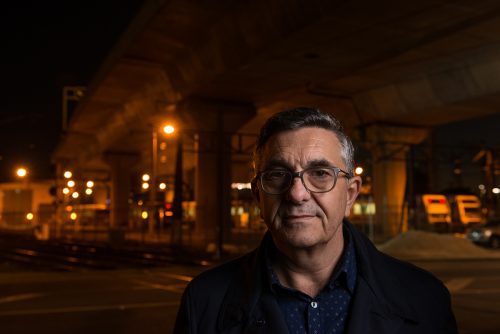